The meeting of the extraordinary Council of Ministers this Saturday, which approved a new aid decree to combat the inflationary spiral that will be in force until the end of the year, lasted just over an hour. 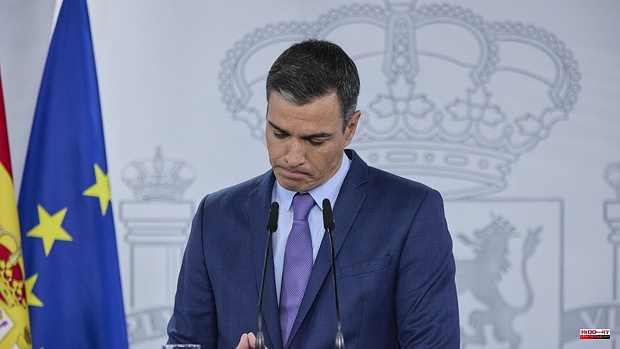 The meeting of the extraordinary Council of Ministers this Saturday, which approved a new aid decree to combat the inflationary spiral that will be in force until the end of the year, lasted just over an hour. At ten in the morning the ministers were summoned and barely an hour and a half later the second vice president, Yolanda Díaz, was already outside the La Moncloa complex chatting with her closest collaborators. Half an hour later, at noon, Pedro Sánchez's press conference was called to detail the agreement, although finally the President of the Government was delayed an hour, to finally make an appearance in the press room at the edge of one in the afternoon.

The representative of United We Can in the coalition –although now totally opposed to the leaders of the party and colleagues in the Executive, the ministers Ione Belarra and Irene Montero– scored several goals that she will surely boast in her long pre-campaign with the platform Add to be a candidate in the next general. The decree incorporates measures for which she had been advocating for weeks. The aid check for vulnerable families, which finally amounts to 200 euros per month (Díaz asked for 300) for unemployed and salaried workers, self-employed or employed, who receive less than 14,000 euros per year. Also a substantial reduction in the price of public transport, which will be up to 50 percent in state-owned means (mainly near Renfe) and 30 percent in those that depend on the autonomous communities and municipalities, to which Sánchez invited them to "complete" the discount with their own resources, to also reach half of its current cost. The decree also maintains the bonus of twenty cents per liter of fuel, a measure aimed at drivers and carriers that will continue until December 31.

But the main medal for the number three of the Government and head of Labor was not in the decree, which Congress must now validate next July, but in the agreement of the two coalition partners to promote a "new tax", the president announced, to "extraordinary profits," he said, from energy companies. The exact percentage that will be taxed on electricity and oil companies remains to be specified. Díaz asked for ten percent and Sánchez admitted this Saturday that they are studying the taxation applied in other countries and that he does not dislike the Italian model, which began precisely at ten percent and then gradually increased.

What is known is that, unlike what the Chief Executive himself said by mistake during his speech, the tax will affect the profits of these companies in the present 2022, despite the fact that the idea is that the January 1 next year. It will be done through a joint bill by the Socialist Group and United We Can, the two coalition formations, which opens a new uncertain parliamentary procedure, given that, as always happens, they will need the support of other political forces to carry it forward. Curing himself in health, Sánchez boasted of other fiscal measures included in the decree, such as the one already announced last Wednesday, lowering VAT on electricity from ten percent to five percent. Some reductions that he estimated at 3,600 million euros of "income reduction" for the state coffers.

At all times, Sánchez emphasized the message that his Government is not indifferent to the social concern derived from the exponential rise in prices. And he did it with a retrospective look at his trajectory, since the investiture of January 2020: «The pandemic was not included in the Government's plans, nor was the eruption of a volcano, even less a war in Europe. But it was clear what the response should be in the face of any setback, which is to protect families, companies, and industries in our country, always starting with the most vulnerable, and also extending them to the middle and working class in our country. ». And for that, he argued, measures were approved such as "the ERTE, the creation of the minimum vital income, the ICO credits, the direct benefits to the self-employed or the Covid funds, which strengthened public services in the worst moments of the pandemic" .

Regarding the possible support in the Cortes, first to validate this summer the new decree approved this Saturday, and then for the creation of the energy tax, Sánchez resorted to the usual score in these cases, that of implying that what leaves the table of the Council of Ministers is a synthesis of measures that in principle, and in his opinion, do not have to provoke excessive rejection from the parliamentary arch. "I appeal to all political forces, of whatever sign, to fully and absolutely validate this royal decree, which contains specific measures for the middle and working class, in the form of tax cuts," he said in reference to liens affecting electricity. “It is probably not the decree that the PP and other formations would have signed, but I think it is a powerful package of measures, in which many citizens can feel recognized,” he remarked.

The way of presenting the plan, with a press conference by the president himself, and with an extraordinary Council of Ministers on a Saturday, not only responds to the demands of the coalition partner, but also to the new "ideological" course that many have been claiming in the PSOE, in the week of the digestion of the electoral failure in Andalusia, which the socialists have not hesitated to attribute to the high demobilization of their electorate. For that sector of the party, the hegemonic formation of the left in Spain must prioritize, now more than ever, the pressing needs of citizens, before other less conjunctural agendas. 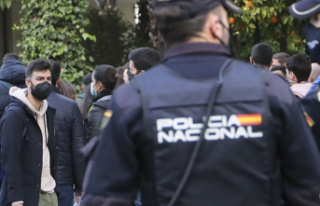 Oppositions to the National Police: suspended with...