"Our leaders have always been interested in poisons," said Pavel Sudoplatov, Stalin's chief of espionage. 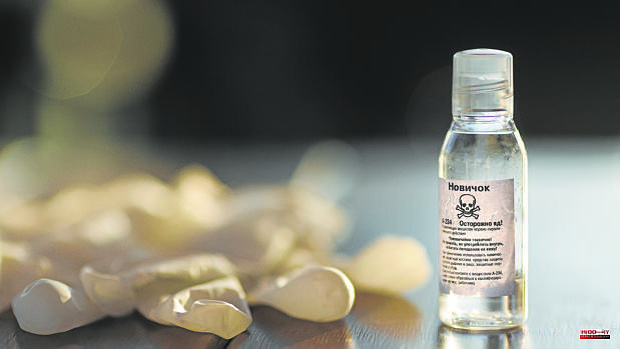 "Our leaders have always been interested in poisons," said Pavel Sudoplatov, Stalin's chief of espionage. He was in the Spanish Civil War and recruited Ramón Mercader to assassinate Trotsky. He was the author of the book 'Special Operations', in which he revealed what was happening in the corridors of the Soviet Union. He himself claimed to have witnessed the Stalinist purges, stealing the secrets of the atomic bomb and making government executions by poisoning look like natural deaths. And he assured: "Toxicology laboratories are a logical component of the technical support services of any security agency, but the danger is that such a silent and powerful weapon could be manipulated in the interests of authoritarianism."

Sudoplatov detailed that behind the building of the Kommandatura of the NKVD (the predecessor of the KGB) was the laboratory, which in its time was known as LAB X. Its investigations were approved by the Ministry of State Security, but they also carried out the sentences of death, immediately cremating the body without prior autopsy.

Daniel Torregrosa, a chemical expert in toxicology and scientific communicator, tells ABC that “the history of poisons is the history of humanity. They have lived with us since prehistory. Already before the Russian Revolution Rasputin suffered an assassination attempt by Prince Yusupov using cyanide masked in some cakes. In the time of Lenin, around 1920, it is said that an anarchist activist tried to assassinate him by shooting him with a bullet impregnated with curare. That was not true, but Lenin thus began to be interested in the subject of poisons. And he set up the first poison research laboratory that depended on the Russian secret services ». They called that laboratory the Special Office. Sudoplatov even points out that the poison Lenin asked him to get for Stalin when he learned that he was dying must have come from that laboratory.

Torregrosa details that in 1921 the direction of the poison factory fell to Nikolai Kazakov. Thus, a place was secretly organized to develop poisons with which to knock down rivals, and was also related to its massive use as a chemical weapon. "But its golden age would come in 1938 with Grigori Maironovsky, by then it was already called Laboratory 1 or Kamera Laboratory", says Torregrosa. Sudoplatov indicates in his book that he was a prominent biologist who had worked on the use of poisons to combat malignant tumors, but he became a tragic figure. And he points out that Maironovsky was known as 'Professor Poison' or 'the Russian Mengele'.

He experimented with prisoners of war and gulag prisoners looking for a colorless, odorless poison that would be deadly and leave no trace. He injected them with the substance with the excuse of giving them a checkup. «He tried with mustard gas, with digitoxins that cause cardiac arrest, with ricin or thallium. He went on to create a small-scale death industry using poisons. He also rehearsed where to put that poison, in a bullet, in percutaneous injections or by spraying a light bulb that would diffuse the poison in the room with heat », he describes. Maironovsky was arrested because a purge was carried out and he was of Jewish origin. He was released from prison, and it is believed that Nikita Khrushchev ordered his assassination.

While one of the first mentions of the laboratory came in the 1930s with the six trunks of secret handwritten notes by Vasili Mitrokhin, a KGB documentarian. Even Gorbachev was interested in this laboratory. The acts of the lab were discovered in the 1990s. Yuri Shvets, a KGB colonel who escaped to the US, described a visit to Lab X, where he went to pick up vial number 117, reasoning that if it was 117 he must there are 116 other substances. However, the Russians were not the only ones: the British and the Americans were in charge of conducting experiments at Porton Down. The CIA tried to assassinate Fidel Castro with a cigar sprayed with a botulinum toxin. But in the Russian case there is less information and the trace of said laboratory is lost in the eighties, although given the cases of poisoning in recent years that have targeted critics of Putin, this makes experts believe that Kamera is still alive .

The victims then and now were defectors, Ukrainian nationalists, even members of the Kremlin whom a rival wants dead. Known examples are the one described by Sudoplatov, that of Raoul Wallenberg, a Swedish diplomat who saved hundreds of Jews from the Holocaust, and who died mysteriously in Soviet custody; in that same year 1947 the Archbishop of Theodore Romzha of the Ukrainian Catholic Church. A well-known case in 1978 was the death of dissident Bulgarian writer Georgi Markov, who was killed using a small pellet propelled from an umbrella, which Markov felt as a slight prick. The advantage of poison is that it is difficult to establish authorship, which in turn can be exploited by the brains of the operation to blame others. As Boris Volodarsky, a veteran of Russia's military intelligence service and author of `The KGB's Poison Factory', asserts, the victims may have been countless. The long list includes Nadia Krupskaya, Lenin's widow. In 1959, an agent killed the Ukrainian nationalist leader, Stepan Bandera, with a cyanide gun hidden in a newspaper.

Putin reactivated the Institute of Criminalistics of the FSB (Former KGB), and an investigation by Bellingcat established that the Institute works with chemical weapons, such as the agent Novichok. "The same one they used with the Belarusian dissident Alexei Navalni in 2020, and in 2018 with Sergei Skripal, a Russian double agent who had spied for MI6 and who was walking with his daughter who was sprayed with an aerosol," he says. Torregrosa.

In 2004, Yushchenko, the third president of Ukraine, suffered acute pancreatitis during the campaign, survived but his face was deformed. Experts determined that he had been poisoned with TCDD dioxin. The ability of the poisons used by Russian espionage to succeed has been questioned, as in the case of journalist Anna Politkovskaya who flew to North Ossetia to mediate negotiations with Chechen kidnappers at the Beslan school. As she did not die from the poison, two years later they ended up shooting her twice.

Although the best-known example, and one that sent a clear message, was the slow three-week agony of Litvinenko in 2006, a former FSB officer. They used polonium-210, a radioactive compound that destroyed his cells. And the latest cases have been the suspicious deaths of Russian oligarchs. In the end, Kamera's mystery remains open, and it is best to follow the advice of the head of Ukrainian diplomacy, Dmitro Kuleba: "Anyone who negotiates with the Russian Federation should not eat or drink anything, and avoid touching any surface." 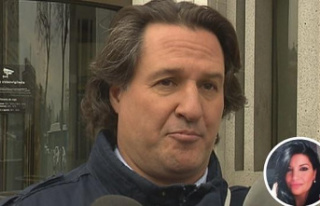 The aristocrat who hated women: without inheritance,...