Uri Levine, the entrepreneur on the move

"There are many problems in the world to solve and I like to do it by creating impact and value for users. 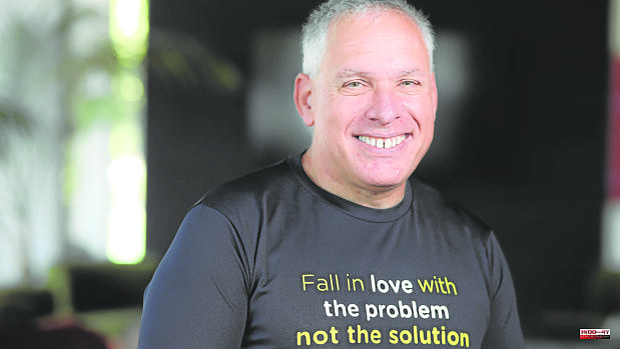 "There are many problems in the world to solve and I like to do it by creating impact and value for users." Uri Levine, a passionate entrepreneur and disruptor, feels a constant need to continue creating projects, despite already having a long list of founded startups. His most recent project is a book, 'Fall in love with the problem, not the solution', a manual for entrepreneurs, business people and the technological world "to help them be more successful". He acknowledges that solving a problem is almost always "the starting point" of an idea. "In many cases it's a problem I face personally and I extend my research to understand the size of the market or who else has that problem," he adds.

The Israeli businessman has recently been in Madrid to participate in the Global Mobility Call congress, held at Ifema.

As co-founder of Waze it seems unavoidable to talk to him about mobility since he is a great defender of administrations, companies and individual entrepreneurs maintaining the will to develop solutions to this problem since, according to his estimates, 1% of the earth's surface is occupied by cars. In addition, the car is only used 4% of the time each day, while the rest is parked. As Levine explains to ABC, "Mobility is not about the city or the technology, but about the choice of the consumer who chooses based on three factors: comfort, speed and price." To address the problems, authorities are needed as much as technology and entrepreneurs.

Now he is involved in two projects related to improving mobility. On the one hand Zoomcar, "which allows car owners to earn money by leaving the vehicles while they are not using it and thus those who do not have a car can access it when they need it". The other is Pumbaa, a startup that helps neighborhood residents find a place close to home. “These two startups that I am involved in are examples where entrepreneurs and technology can help in mobility and each one of them is going to make the world a better place in a big way,” says the Israeli entrepreneur.

Levine also works at SeeTree, a startup to help increase tree growers' yields through an AI drone. Refundit, meanwhile, deals with the frustration of tourists trying to get a tax-free refund.

As Levine remembers, companies like Google, Amazon, Tesla... were recently startups. "Entrepreneurs are going to change the world and that's why we need more." But he points out that for them to be successful, "they need a supportive ecosystem, one that reduces fear of failure, encourages investors, and provides mentors and insight."

Levine emphasizes that the most important thing for an entrepreneur is "never give up and insist all the time, it's the same for all entrepreneurs." But he does acknowledge that Israelis could have an advantage by having the mandatory three-year military service where they develop some of the skills that later become essential, "such as leadership, never giving up, teamwork and facing constant challenges." .

1 Pazo de Vilane, the pioneer farm that showed that... 2 Organic food deepens its roots in the midst of a harvest... 3 Pedro Sánchez promotes the tax on energy companies... 4 Oppositions to the National Police: suspended with... 5 These are the cheapest hours of electricity this Sunday,... 6 The Kremlin's dark poison factory 7 The aristocrat who hated women: without inheritance,... 8 Enric Lacalle, Grífols Deu and Grífols Roura, awarded... 9 A massive brawl in Aluche leaves five young people... 10 Two civil guards injured when their patrol car collided... 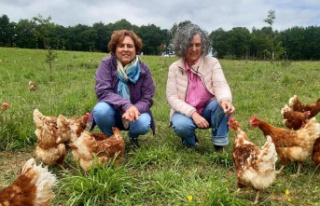 Pazo de Vilane, the pioneer farm that showed that...