The organic food sector is at a crossroads. 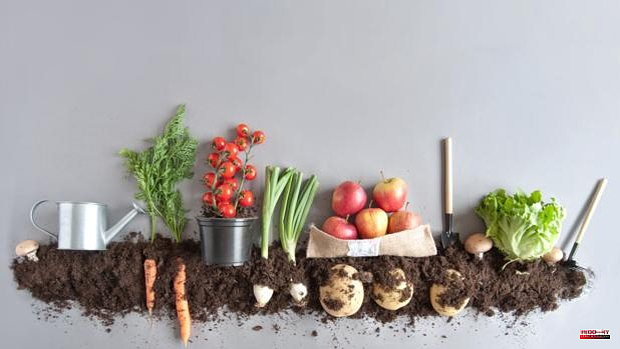 The organic food sector is at a crossroads. On the one hand, it seems that new winds are blowing in their favor. The chemical fertilizer crisis, now scarcer on the market due to the war in Ukraine (Russia, one of the main suppliers, has cut off supply) and with prices that have tripled in the last year due to high energy costs for produce them, has opened a door for organic farming to be seen as a new model that does not use these inputs and, therefore, is less dependent on third countries.

But it is above all the European impulse that can revolutionize this sector. If we want a sustainable economy, its agri-food system will also have to be.

For this reason, it is committed to giving greater prominence to organic production. The objective of the EU is that, in 2023, 25% of the agricultural surface of the Old Continent produces organically. Today it represents 9.1%, according to the latest Eurostat data referring to 2020. This will entail a profound transformation of the sector, since a greater volume of products will be placed on the market and new operators will be incorporated throughout the value chain.

One more key is given, and perhaps the one that has more weight for this market to develop: more and more consumers are convinced that they want to eat healthier and more environmentally friendly products, a trend that has been driven by the pandemic. So this growing demand will have to be met. In Spain alone, consumer spending on these organic foods and drinks grew by 7% in 2020 (in total they invested 2,528 million euros), according to data from the Ministry of Agriculture. «The consumer is more aware of health and sustainability. And this is linked to the organic product. In 2022, 43% of consumers (almost half) already include an eco product in their shopping basket. It is already accepted and has penetration in homes”, comments Rosario Pedrosa, manager of commercial strategy of AECOC. A trend that has also been detected by the consulting firm Kantar. "In the last year, 72.6% of Spanish households have bought organic products," says Rebeca Mella, Consumer Sector Director at Kantar Worldpanel.

However, even with all these circumstances in its favour, the organic food sector is going through a decisive moment, because the current situation, with unleashed inflation and high energy costs, can condition the demand for these products, already with more expensive prices than those of traditional agriculture and livestock. In fact, as a starting point, Spaniards spend less on these foods than other Europeans: 53.1 euros per capita compared to 313 for the Swiss, 205 for the Austrians, 136 for the French or 58 for the Italians. What is recognized is that "if there is inflation in conventional products, there is also in organic ones," says Ignasi Aguiló, head of Communication for the Spanish Association of Organic Producers and Marketers (Asobio). Perhaps the market is already beginning to give some signs, because «for the first time, -adds Aguiló- we are seeing that we stop growing at the rate at which we were doing it. And this also happens at European level.

The situation is one of uncertainty. The inflationary crisis can change the demand for organic food as well as that of mass consumption. In fact, AECOC has already detected that "this year 65% of consumers, in general, pay more attention to prices and promotions when making their shopping basket," says Rosario Pedrosa. And that predisposition can influence the ecological. «This market will not continue to rise, but will remain or even decrease. As the cost of production increases, so will the final price of the product and therefore it will be available to a smaller number of consumers", believes Lucía Berlanga, an agricultural engineer and head of organic production at the company Grupo G's España. This expert even predicts that "we will see organic producers becoming conventional."

Stimulating here, in Spain, the consumption of these products is vital to develop the market and reach the European objective (25% of the agricultural area dedicated to organic production, as it is also known). "The increase in the area dedicated to organic farming is directly proportional to the increase in demand for these products," says Berlanga. Therefore, if we want to have more crops of this type, the number of national consumers will also have to increase. Because now almost half (43%) of our organic products are sold outside our borders, especially in northern and central Europe. We are major exporters, fourth in the world, behind the United States, Italy and the Netherlands.

To consume more, the sector is committed to valuing everything behind organic products, which are certified and identified with the "euroleaf" logo. «It is a guarantee for the 440 million Europeans who know that it is a sustainable product, with a certification and under official control. From the seed, to the land, cultivation, handling, transport... the entire value chain complies with European regulations and is audited until it reaches the consumer", argues Álvaro Barrera, president of Ecovalia, the Spanish professional association for ecological production.

There is another reflection to make when choosing these foods and drinks provided by Concha Fabeiro, president of the Spanish Society of Ecological Agriculture (SEAE) and agronomist in the area of ​​plant production, attached to the Higher Technical School of Engineers of the University of Castilla la Mancha. “In the possible lower price of conventional products there are many hidden costs that future generations will pay: soil impoverishment, water pollution due to the use of synthetic phytosanitary products, loss of crop biodiversity, greenhouse gas emissions due to the manufacture of fertilizers. minerals... However, behind the twelve-star green leaf logo, a quality, non-polluting product, promoter of biodiversity, soil fertility and mitigator of climate change is guaranteed", he assures.

With all these variables and in this context, Spain occupies a good position. For a decade we have been the European country with the largest area of ​​land devoted to organic production: in 2020, 2.4 million hectares. However, for the first time, the leadership that year went to France, which reached 2.5 million hectares, according to Eurostat.

In our case, it represents 10% of the useful agricultural area. It is true that other countries allocate a greater percentage of their territory to this activity: Austria (26%), Sweden (20%) Italy (15%) or Finland (13%). Hence, Concha Fabeiro proposes that "Spain should be more ambitious than the European objective and should consider up to 50% of its agricultural area in organic production, with support measures for this sector: from economic aid to producers to increase the purchase public of these products for schools, hospitals... We have many possibilities to grow. We lack support from governments, national and regional.

We are also growing in production volume, as reflected in the data from the Ministry of Agriculture. In 2020 we generated just over three million tons of these products (an increase of 17% compared to 2019), for a value of 2,675 million euros (15% more). And this last fact was not due to a rise in prices, but to the increase in the cultivated area and the higher yield of the farms. And it is that, as Álvaro Barrera points out, “we are not a bucolic model, but an agronomically productive, economically profitable and climatically necessary model. We have technological knowledge, teams of agronomists and veterinarians, scientists and researchers obtaining fertilizers and phytosanitary products compatible with organic production. There is a lot of technology behind a kilo of organic fertilizer.”

Of course they are very positive figures, although Spain has other advantages that are not so tangible. Our country «already has a much higher level of technology and professionalisation in the sector than that of our European neighbours. In addition, we have a special climate that allows the time for cultivation to be much broader than in other countries. This also gives rise to new crops in our country, such as tropical ones, which are in great demand," says Lucía Berlanga.

The organic industry in Spain is highly fragmented and dispersed. We have just over 44,000 producers (89% agricultural, the rest livestock and with very little representation of aquaculture). There are another 10,395 industrial operators (from oil mills, warehouses, cereal handlers, flour mills to dairy industries, egg marketers, honey packers...). But it seems not to be enough to satisfy the current organic demand and perhaps the one to come, as evidenced by the fact that we import 40% of our consumption of organic products. They are foods with high added value. “We suffer from a processing industry, there is no capacity to transform all primary production. And there are also shortcomings in distribution and logistics, in the infrastructure to collect," says Gonzalo Palomo, doctor of Veterinary Medicine and researcher at the University of Extremadura. Something that Concha Fabeiro also highlights: «There is a lack of more direct and specialized channels. As there are few, they have too much power against the producers. Therefore, the product reaches consumers with a premium that stays on the road and does not affect the original producer.

Today, organic food comes mainly from large distribution (supermarkets and supermarket chains) that sell 53% of these products. They smelled the business a few years ago. And then there is the specialized channel that "defends itself quite well," says Ignasi Aguiló (Asobio). These are supermarkets and stores dedicated exclusively to organic products. Veritas has been selling them for 20 years, there are also, among others, Herbolario Navarra and Bioconsum. And there is the independent specialist channel, more sensitive to economic ups and downs. “It is very atomized. There are about 3,000 herbalists, who, being proximity stores, had an oxygen balloon in the first months of the pandemic. But now they are suffering from the problems of inflation, as consumers try to fill their shopping basket in one fell swoop and see that the herbalist's organic products are also found elsewhere."

A crossroads of variables and paths in which the Spanish organic food sector can deepen its roots and definitively consolidate its position in the Spanish shopping basket. 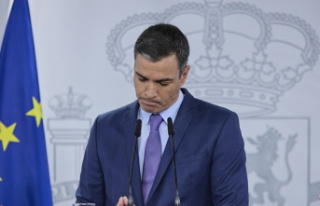