The Volcanological Institute of the Canary Islands (Involcán) has warned in its weekly report 'Guayota' that the highest diffuse gas emission values ​​are recorded in Tenerife, with a spike in concentrations on Mount Teide. 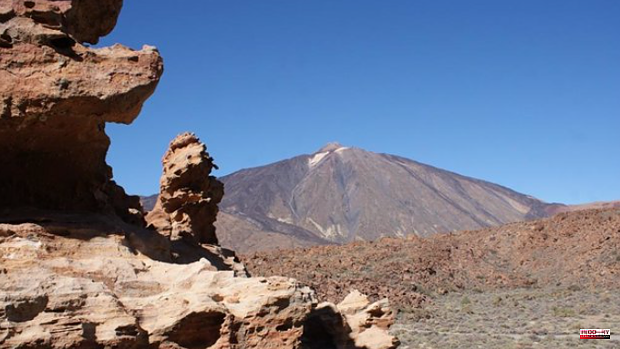 The Volcanological Institute of the Canary Islands (Involcán) has warned in its weekly report 'Guayota' that the highest diffuse gas emission values ​​are recorded in Tenerife, with a spike in concentrations on Mount Teide. The CO2 emission has exceeded the normal or 'background' value set in this report by approximately 7 times.

The Canary Geochemical Network reflects that the diffuse emission values ​​of volcanic gases "relatively higher are recorded in Tenerife", where they recall that, as of 2016, a process of pressurization of the volcanic-hydrothermal system is recorded, clarifying that it is "normal » in active volcanic systems and «does not imply the possibility of a volcanic eruption in the short and medium term».

For its part, the emission of gases is maintained in La Bombilla and Puerto Naos (La Palma), where anomalous emissions of carbon dioxide (CO₂) incompatible with life continue to be recorded.

More than six months after the end of the eruption on the island of La Palma, the geophysical and geochemical parameters have not yet returned to normal, they recall, so the volcanic traffic light is still 'yellow'. This implies that residents and visitors have to continue to be attentive to communications from civil protection authorities.

In one week, this seismicity has generated 0.75 gigajoules of energy, an amount that would be capable of supplying the electricity demand of the island of El Hierro for 2 minutes.

The earthquakes were located mainly on the islands of Tenerife, El Hierro and La Palma. A low-magnitude seismicity remains in the latter, much lower than the seismicity observed during the 2021 eruption. Some earthquakes have also been recorded along some active seismic faults such as the one between Tenerife and Gran Canaria, assures Involcan.

1 Carriers decide not to reactivate the strike and give... 2 Changes in tobacco prices in Spain from this week:... 3 Who can collect the new aid of 200 euros announced... 4 Antonio Encina, mayor of Palencia between 1987 and... 5 A judge grants the change of sex in the registry to... 6 A man is exposed to a fine of more than 200,000 euros... 7 Tres décadas para identificar a House of Anna Rauter 8 The Board advances the start of the high fire danger... 9 How to prevent the Police from taking your car during... 10 Silvia Iranzo resigns as independent director of Indra... 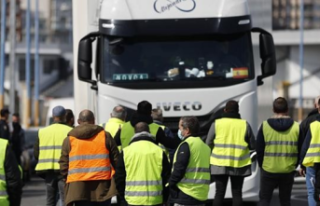 Carriers decide not to reactivate the strike and give...