A man is exposed to a fine of more than 200,000 euros for flying a drone at the Alicante-Elche Airport

The Civil Guard has denounced the owner of a drone that flew over the controlled airspace of the Alicante-Elche Airport. 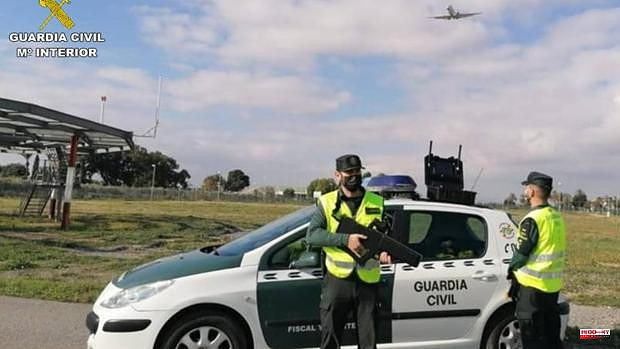 The Civil Guard has denounced the owner of a drone that flew over the controlled airspace of the Alicante-Elche Airport. The amateur pilot also did not have a valid license for this activity and is exposed to a fine of up to 225,000 euros.

On May 16, agents of the Pegaso team (Specialist Police in Aeronautical Management and Operational Safety), through the warning of a pilot of a commercial airline that was flying over the Alicante-Elche Miguel Hernández Airport, learned that a drone was flying over the airspace of the airport.

Immediately, given the danger that the drone's flight could cause and the threat that the airport's airspace could be closed, thus leading to the cancellation of all flights during the period of time that this event affected, the agents began a device for searching and locating the drone and its pilot.

To carry out this search, the agents used a computerized tracking and monitoring system that allows the drones that fly over a certain area to be monitored and controlled in real time, called AeroScope.

After carrying out various reconnaissance in the vicinity of the coordinates provided by said computer system, both the drone and its pilot were located.

Once the pilot had been identified and the corresponding inquiries had been made, he was informed that, in addition to being in a controlled airspace area, he did not meet the requirements to fly a UAS (Uncontrolled Aircraft Systems), since he did not have the corresponding qualification and insurance in force to carry out said activity, nor was he registered as an operator and neither did he meet the flight heights.

The offending pilot could face various economic infractions, which could reach up to 225,000 euros, for having flown the drone less than eight kilometers from the airport or for allegedly having interfered with the airspace.

This action of the agents was received positively by all the levels of AENA (Spanish Airports and Air Navigation) in this airport, since with it, in addition to avoiding an air catastrophe, the closure of the airspace was also avoided, with the consequent damage that it would have entailed for the airport workers and the passengers themselves.

1 Tres décadas para identificar a House of Anna Rauter 2 The Board advances the start of the high fire danger... 3 How to prevent the Police from taking your car during... 4 Silvia Iranzo resigns as independent director of Indra... 5 The body of statistics accuses the Government of putting... 6 The Zaragoza Provincial Council returns to combine... 7 They investigate a person for four crimes against... 8 Juan de Padilla and María de Pacheco: the love that... 9 Two years in prison for a Koran teacher who extolled... 10 One in three high-level positions in Consum are held... 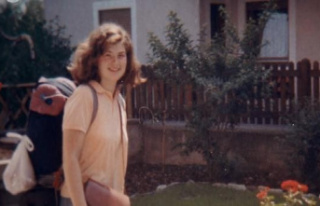