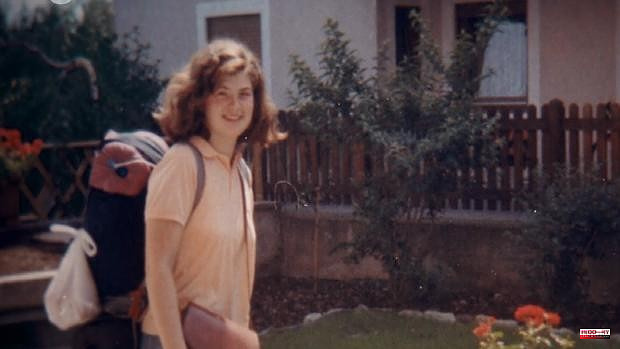 April 2022. An Italian woman travels to Vienna (Austria) on vacation. After dinner, she turns on the television and goes to watch a movie, but the film bores her, so she changes the channel and then tunes in to a program about cold cases. Such a simple gesture, that of taking the control and pressing a button, is the one that has put an end to 32 years of incognito, by allowing – in the absence of official identification – to name the young woman who appeared on September 4, 1990 hanging from a pine tree in Portbou (Gerona): Evi Anna Rauter.

He had disappeared 20 hours earlier in Florence, where he was spending a few days in his sister's apartment. His intention was to spend the day in Siena – an hour away by train – but he did not return.

The family filed a complaint, but did not hear from her again until the woman behind the screen recognized her face, more than three decades later.

To get to that simple gesture, a fortuitous change of channel, it took two years of journalistic investigation. A job from the TV3 program 'Crims', with Carles Porta at the helm, in collaboration with an Austrian channel, which has allowed the Italian Prosecutor's Office to open an investigation to determine whether or not the death of the 19-year-old was a suicide, a hypothesis that both the Civil Guard and the coroner endorsed from the beginning. And something even more important, that the family of the young woman from Lana (Bolzano, Italy) can begin their mourning.

“They are very grateful, but also very worried because they don't understand anything. They do not understand that the connection between the Italian and Spanish Police did not work; that no one realized that that girl was his daughter and that she could commit suicide does not enter into his calculations. They think something happened," Porta explains to ABC.

It is difficult to understand, and not only for those close to the deceased, since a series of circumstances prevented clarifying the identity of the young woman and now it seems that the causes of death as well.

The coroner did not attend the removal of the body and, three decades later, has admitted, after seeing several photographs, that due to the position in which it was located, "at least two people could have intervened to help her" to hang herself. That night, about 50 meters from the pine tree where the young woman's body appeared, six Austrian boys had camped, who could not say where they came from. They denied having seen or heard anything and, after being questioned, left.

The one who did hear a girl cry and the fight between some young people was Carmina, who lives in front of the tree. Upon awakening, she saw the hanged body. She didn't say anything then – no one asked her either, she says – and now she, at 92 years old, has decided to tell. For her part, one of the Austrian tourists maintains her version. "We were passing through with some friends with whom we arrived by van," he explained to the Porta program. Of course, he pointed out not remembering where they came from.

“The young woman was from a town in Italy very close to the Austrian border. It is possible that she had met them or had some kind of relationship with them. She is one more element », the National Police inspector Rafael Jiménez tells this newspaper. Although he did not participate in the case, he wrote a novel inspired by it, 'The hanged bride in the windy country', on the 25th anniversary of the event, the identity of the girl is still a mystery. Now, resolved –waiting for the Benemérita to certify that she is Evi–, he remembers that in his book he baptized the protagonist as her sister is actually called: Christine.

Crimes in Spain prescribe at 20 years. Evi's case would already be, but not in Austria, where homicides do not prescribe -nor if they are committed in another territory by any of its citizens-, nor in Italy, where those crimes that carry life imprisonment are prosecuted without expiration.

Now the Italian Prosecutor's Office has set itself a period of six months to investigate what happened, or else they will file it. All this, after the media impact of journalistic work. "When we went to the Florence police station where the complaint for the disappearance had been filed, they told us that it was an old case and that they had nothing to do," recalls Porta.

In the air, several unknowns. The main one, the one raised by the coroner: if the position in which she appeared hanged the young woman is compatible with a suicide. Also, the origin of the journey of the six Austrians. "No matter how long it's been, if the Civil Guard wakes you up and you see a girl hanged, don't you remember where you came from?" questions the journalist, who points out: "We trust that the work that was not done in 1990 , be done now».

1 The Board advances the start of the high fire danger... 2 How to prevent the Police from taking your car during... 3 Silvia Iranzo resigns as independent director of Indra... 4 The body of statistics accuses the Government of putting... 5 The Zaragoza Provincial Council returns to combine... 6 They investigate a person for four crimes against... 7 Juan de Padilla and María de Pacheco: the love that... 8 Two years in prison for a Koran teacher who extolled... 9 One in three high-level positions in Consum are held... 10 The squatters make a killing in San Vicente and force... 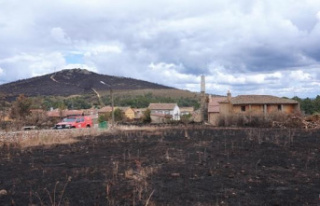 The Board advances the start of the high fire danger...