Pilar Lamadrid, to the Medal Race of the European Championship

With a sixth place in the general classification, the Andalusian Pilar Lamadrid will be the only Spaniard who will compete tomorrow in the Medal Series that will close and decide the iQFoil European Championship, in the Italian waters of Lake Garda. 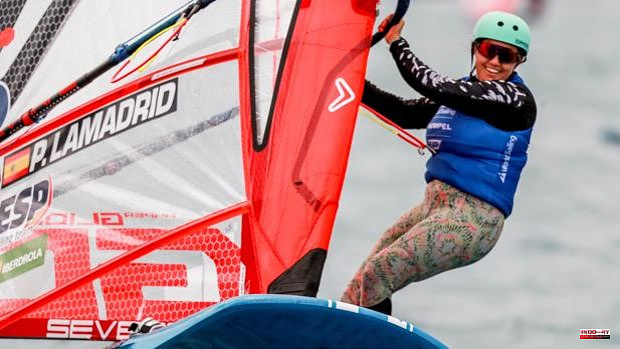 With a sixth place in the general classification, the Andalusian Pilar Lamadrid will be the only Spaniard who will compete tomorrow in the Medal Series that will close and decide the iQFoil European Championship, in the Italian waters of Lake Garda.

Four Slalom tests for each category have sealed the classification, in which Pilar Lamadrid managed to advance from the ninth position with which she began the day to sixth. A first place in the penultimate regatta was vital for this result, which could have been better had it not been for the off-line rider who also climbed his markers today along with two 15ths.

The cross of the coin has been for Nicole van der Velden, who yesterday was ahead of Lamadrid in the table.

A single point separates the Spanish from the sought-after Top10, a point that, when analyzing the races of the day, added with total security in a failed maneuver in the last gybe of the last test, when van der Velden was among the top five of the fleet , to finish with a 23. The third Spanish in the women's Gold group, Andrea Torres, finishes in 25th place, sixth Sub21, and Blanca Manchón in 47. The leading position among the women remains in the hands of the British Emma Wilson .

With a light wind of 10-11 knots, four Slalom tests have been chosen by the Committee to complete the series, a layout in which both the Gold and Silver groups are divided. These partitions, which sometimes make it impossible to measure up against direct rivals and navigate in the same conditions, together with very difficult starts in which the general calls follow one another, mean that for a large majority of participants they are not the ideal track to play the last card of a championship.

In the men's category, Tomás Vieito finished in 35th place, followed by Nacho Baltasar in 59th and Fernando Lamadrid in 72nd. The Dutchman Luuc van Opzeeland heads the list of the ten sailors who will play for the European title tomorrow.

They will be the only fleets sailing tomorrow, the men's and women's Top10, with Pilar Lamadrid among them, zeroing the scores to fight for the continental title.

The Medal Series will open with the quarterfinals, with the sailors ranked from fourth to tenth place. The first and second places of these “quarters” will face the second and third of the Final Series in the Semifinal, whose first two classified will be those who compete against Emma Wilson or Luuc van Opzeeland in the Grand Final, which will reveal the winner. 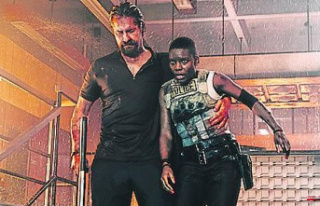