The G7 prepares a Marshall Plan for Ukraine of 5,000 million euros per month

The finance ministers and central bank governors of the group of seven major industrialized countries (G7) are organizing a budget support package for Ukraine of 5 billion euros per month, at least for the first three months. 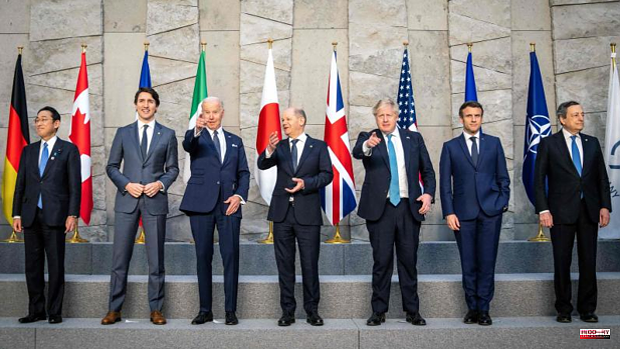 The finance ministers and central bank governors of the group of seven major industrialized countries (G7) are organizing a budget support package for Ukraine of 5 billion euros per month, at least for the first three months. In the meeting held until Friday in Koenigswinter, near Bonn, they intend to establish a mechanism that allows a constant flow of capital that ensures the liquidity of the Ukrainian resistance above the lines of credit that countries and institutions have been opening with the kyiv government. Ukraine expects “mostly subsidies”, explained the German Finance Minister and host of the meeting, Christian Lindner, “because revenues have collapsed and public spending can hardly be sustained.

After the US has committed $7.5 billion in short-term grants, now the G7 countries want to make a "coordinated effort" to "mobilize at home to make commitments." Facing the German taxpayer, Lindner justified that "in a way, we also have a duty here to support Ukraine" and recalled the "serious consequences for the global economy and financial stability" of the Russian invasion of Ukraine.

The G7 ministers will also discuss the possibility of new international sanctions against Russia. Lindner has spoken out in favor of confiscating the assets of the Russian state and the Russian national bank to finance the reconstruction of Ukraine. "I am politically open to the idea of ​​confiscating the foreign assets of the Russian central bank," said the German minister, referring to the reserves of some 300 billion euros that Russia keeps in foreign banks, frozen but not confiscated. He has also recognized that another big axis around which the conversations revolve is inflation in relation to growth. A main focus of the deliberations will be macroeconomic trends and the "role of monetary and fiscal policy", but also sustainable growth and climate policy.

"Here, essentially, views will be exchanged with the central bankers on how to assess the situation in the member states," Lindner said, "although the development of prices is not homogeneous in all countries, the concerns are all the same." The ministers will share the challenges for monetary and fiscal policy and will discuss digitization and the development of digital money, although the most urgent issue is inflation. The industrialized countries see the economic paralysis linked to inflation as a threat, as well as the situation in which the heavily indebted countries will find themselves as soon as the foreseeable cycle of increases in interest rates by the different issuing banks begins.

In this sense, the German Minister Lindner has been willing to pressure China to free the poorest countries of which Beijing is a creditor from their debt, in order to avoid state bankruptcies and regional situations of instability. US Treasury Secretary Janet Yellen has suggested for her part that European countries should stop doing so much business with China. "We have a common interest in encouraging China to refrain from economic practices that have put us all at a disadvantage", he said upon arrival, "these practices range from those that affect trade and investment, to policies of development and climate, and approaches to providing debt relief to countries facing unsustainable burdens. Yellen points to China's financing practices in Africa, a continent it has entered with massive investment, and has also referred to the need to implement a global minimum tax of 15% on multinational companies aimed at dissuading companies from hiding earnings in countries where they pay little or nothing.

A financing commitment is also expected from this G7 meeting for the international vaccination initiative and a clear message of progress in the Green Deal, the energy transition, focused as an international social pact. Parallel to the meeting of finance ministers, the G7 development ministers also meet in Berlin, who work for their part on a "pact against hunger" that alleviates the situation of scarcity that is expected in many countries as a result of failures in food supply chains.

1 A rebellious political leader 2 Let's calm down! 3 The real reform of Bill 101 is yet to be done 4 Czech Republic to assemble 250,000 batteries a year... 5 A scandal that has lasted too long 6 A little openness please! 7 The PP blames Marlaska for the hack on his phone and... 8 Sherbrooke: the BEI launches an investigation into... 9 War in Ukraine: 959 Ukrainian soldiers from Azovstal... 10 Treasury denies a veto to the lowering of VAT on feminine... 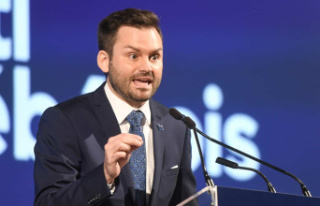