Czech Republic to assemble 250,000 batteries a year for Volkswagen Group

In the race for European electrification, one of the actors that advances with more determined steps is the Volkswagen Group. 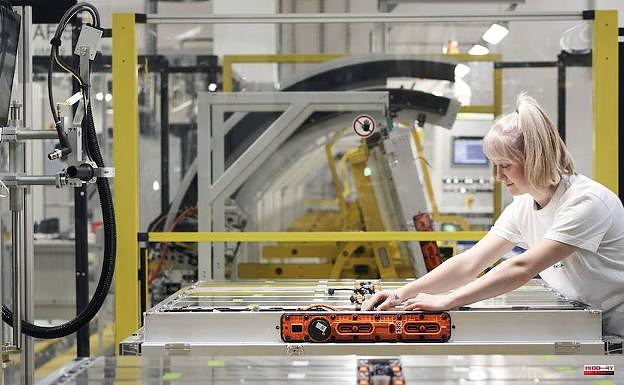 In the race for European electrification, one of the actors that advances with more determined steps is the Volkswagen Group. Its latest initiative has been the opening of a battery assembly center in the second plant with the highest production volume in Europe: Mlada Boleslav (Czech Republic).

Currently this factory is focused exclusively on Skoda models —Fabia, Scala, Kamiq, Octavia and the electric Enyaq—, the group's brand that represents 9% of the country's GDP and holds more than a third of the market share.

Its lines have the potential to produce, under ideal conditions, some 700,000 vehicles a year —in 2019 they were close to 600,000— and, after an investment of 130 million euros, from May more than 250,000 batteries will be released annually for zero models emissions using the MEB platform.

This decision is a milestone for Skoda and the country, since it is the first location of the consortium that will produce these components outside of Germany, which does so in Braunschweig. Outside of Europe, these operations are relegated to Foshan and Shanghai, both in China.

With these four plants, the Volkswagen Group intends to supply all of its electric vehicle production, at least until its own gigafactories are operational. Of the six planned in Europe, three have been confirmed —Sweden, Germany and Spain— and a fourth is being disputed by countries in Eastern Europe.

For the head of Production and Logistics of the Czech brand, Michael Oeljeklaus, "the final location will not be revealed until Wolfsburg [the German consortium's headquarters] makes a decision in the fall." The contenders are Poland, Slovakia, Hungary and, of course, the Czech Republic.

The latter is "a very favorable country, because it has the necessary deposits of raw materials and is just 200 kilometers from Zwickau (Germany)", the factory where the group assembles the VW ID.3 and Cupra Born.

However, for now Mlada Boleslav will focus on assembling the cells that come from Korea (LG Chem) and China (CATL) in a specific center. The initial capacity will be around 250,000 units per year, which will be expanded by 50% more in 2023, up to 380,000.

Of these, it is expected that next year 350 daily units will be assembled, around a third of the total, in the electric models of the Czech plant -for the time being the three variants of the Enyaq-, while the rest will go to other group brands that use the MEB architecture: Volkswagen, Audi and Seat. This figure will rise to half by the middle of the decade.

Skoda's goal is not only to achieve a sales mix of 70% zero-emission vehicles by the middle of the decade, but to do so with carbon-neutral production. Bearing in mind that in order to achieve the rate they desire in their assembly lines, it is necessary to move more than 4,000 tons of material per week, the challenge is up for grabs.

For Oeljeklaus, the key lies in logistics: in the future they will exclusively use rail transport and electric trucks [currently combustion-powered], which will be recharged while the trains are emptied at the factory.

Regarding the technical aspects of the batteries that are mounted, these can be configured in three constructions of up to 12 cells: 55, 62 and 82 kWh, capable of supporting loads of 135 kW and recovering 80% of its capacity in less than 30 minutes.

At its largest factory, Skoda also produces plug-in hybrid systems, a technology whose days are numbered at the Volkswagen Group, as board members see it as "a transitional technology" until the final move to zero-emission models and , as such, they have not planned new vehicles with this propulsion.

Of these, the Czech brand will launch three new models below the current Enyaq —one of them an urban model that will possibly be Made in Spain—, although it cannot guarantee that the Mlada Boleslav plant will continue to be exclusively for its emblem.

That the successor to the Superb will be built at Volkswagen's Bratislava (Slovakia) plant opens the ban on Czech plants to a certain extent and, in the words of Oeljeklaus: "it is likely that the Czech factory will be multi-brand in the future."

1 A scandal that has lasted too long 2 A little openness please! 3 The PP blames Marlaska for the hack on his phone and... 4 Sherbrooke: the BEI launches an investigation into... 5 War in Ukraine: 959 Ukrainian soldiers from Azovstal... 6 Treasury denies a veto to the lowering of VAT on feminine... 7 Sánchez is open to increasing judicial control over... 8 Sánchez thanks Bildu for his support and offers to... 9 The beautiful flagship of the Canadian 10 The big trio of the Blue Jays at the mound 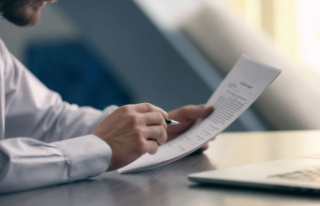 A scandal that has lasted too long