The avalanche of requests to increase wind power in Galicia has caused a wave of protests. 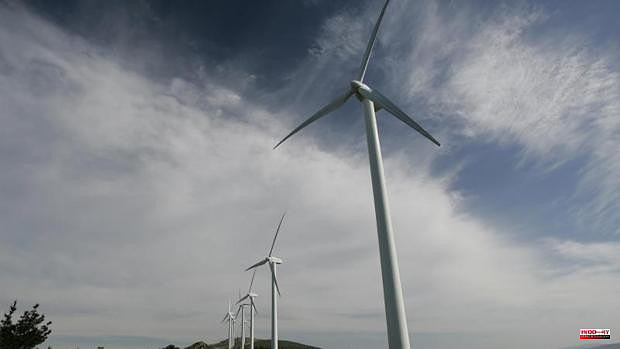 The avalanche of requests to increase wind power in Galicia has caused a wave of protests. According to calculations by the Economic Vice Presidency, before establishing a moratorium on the receipt of new projects, 7,000 megawatts were processed in the Community. But the Galician Wind Association (EGA) insists that not all the parks will be built. At a press conference in Santiago this morning, the president of the sector's employers' association, Manuel Pazo, lowered the megawatts that they really aspire to install by 2030 to 2,500. At a rate of 400-500 megawatts per year, the sector calculates that they should rise a hundred mills a year. At the end of the period there would be 60 new sites, which until now do not have wind turbines.

EGA presented the study of the economic and social impact of the wind energy sector in Galicia, with data from the year 2020. Its president claimed not to understand "the conflict" that exists around renewable energies and specifically wind energy. “We have had practically no installation for three years,” he stressed. This paralysis of the sector, he pointed out, is noticeable in the job numbers. "We lose 1,600 jobs a year dedicated to the construction of parks," he stressed. It is one of the main conclusions of the study carried out by the consulting firm Deloitte. The report estimates that the wind sector generated a total of 5,435 jobs in Galicia in 2020, of which 3,484 were direct and 1,951 were indirect. In 2019 the figure reached 7,022.

Pazo demanded more agility from the administrations in processing parks. The ideal, he pointed out, would be for a new facility to receive permits in 2 years and a repowering in one. "Today it takes between 4 and 10 years," he lamented. This slowness means that “when a park is authorized, the technology has already changed and that wind turbine cannot be installed”, which requires a new procedure. The wind power association also calls for "clear planning" from all Galician parties so that the sector can know to what extent Galicia is committed to wind energy. In the Community there is installed power of around 4,000 megawatts. "Twelve years ago all the political groups approved adding 2,500 MW to the existing ones," Pazo recalled in reference to the wind competitions organized by both the Bipartite (which was paralyzed after the PP arrived at the Xunta) and the one subsequently called by the Executive of Feijoo. "No one doubts that renewable energies are the solution, it is unquestionable," insisted the president of the employers' association, who demanded that politicians put clear planning on the table.

In a context of energy prices that exceed 200 euros per megawatt, EGA recalls that wind power is paid at 28 euros, "almost 10 times less". In addition to economic reasons, the employers put forward environmental arguments. “We are very concerned about climate change,” Pazo insisted. According to the Deloitte study, Galician wind turbines avoided the emission of 5.2 million CO2 into the atmosphere in 2020 and the import of 1.9 million equivalent tons of oil. "Each mill saves six million euros a year from importing natural gas," the president of EGA deepened.

Galicia currently has 187 wind farms spread throughout its geography. According to Enrique Doheijo, responsible for the study, in 2020 they generated 54% of all electricity consumption in the Community. It is the fourth autonomous community, behind Castilla y León, Aragón and Castilla La Mancha with the highest installed power (3,851 MW in 2020), but the third that generates the most energy (9,992 GW). Wind power is already the first source of electricity generation with a percentage of 39.5% of the total.

1 Ayuso recommends that Madrid schools use last year's... 2 Palo Market Fest 2022 in Valencia: dates, times, location... 3 Aparicio, on the reduction of subsidies: "It... 4 14 immigrants arrested for using forged Ukrainian... 5 The rental aid will arrive this week to the 15,221... 6 The IVAM offers for the first time an international... 7 Pedro Cavadas' forecast about what will happen... 8 The crimes that the Andorran judge imputes to Rajoy... 9 A father and his two children arrested for causing... 10 The archbishop inaugurated the new altarpiece of Our... 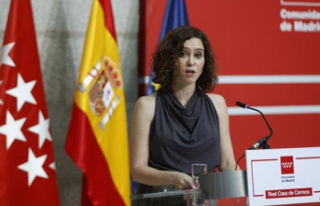