The Ministry of Education of the Community of Madrid has recommended to the centers of the region, through a circular, the maintenance of the current textbooks during the next academic year 2021-2022. 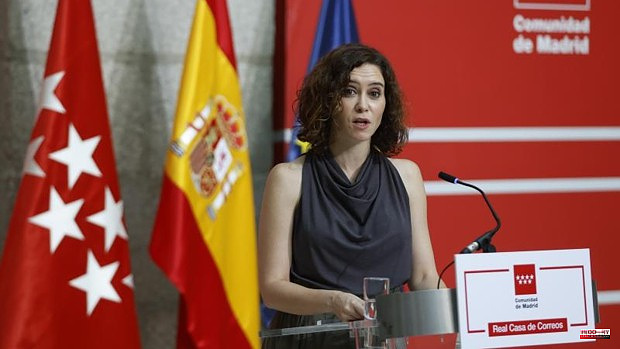 The Ministry of Education of the Community of Madrid has recommended to the centers of the region, through a circular, the maintenance of the current textbooks during the next academic year 2021-2022. That is, those that were used when the Lomce, better known as the 'Wert law', was in force.

The explanation given by the council to the centers is mainly due to problems of deadlines so that the books that incorporate the contents of the new educational law, the Lomloe, better known as the 'Celaá law', are ready. However, there is another background issue: Ayuso's fight against "indoctrination" in the classroom and "sectarian material" in the new textbooks, as he pointed out at the end of last month after the information published by ABC about the content of the new manuals.

In fact, not only did he give an order to the education inspectorate to do so, but he also took the 'Celaá law' high school curriculum to the Supreme Court.

This measure would affect the first, third, and fifth grades of primary education, the first and third grades of secondary education, and the first year of high school, which are the first to be 'affected' by the entry into force of the new educational norm.

In any case, the argument given for the recommendation of last year's books is different. The manuals are not finished because the curricula prepared by the State for all educational stages (Infant, Primary, ESO, Baccalaureate...) were approved late. That was dragging the 'duties' of the communities, which also corresponds to develop a part of the content.

«The late entry into force of the royal decrees establishing the organization and minimum teachings of primary education, compulsory secondary education and high school [... ], has caused that [...] at the time Currently, the draft decrees establishing for the Community of Madrid the planning and curriculum of Primary, ESO and Baccalaureate are in process, "says the Ministry. »In turn, it has forced many publishers to publish new editions based on the minimum teachings established in the royal decrees and in the drafts of the curricula of the educational administrations, including those of the Community of Madrid, without being able to incorporate the definitive versions of the same that incorporate all the contributions made by all the agents that intervene in the processing process«.

On the other hand, they recall that the law on free textbooks and curricular material of the Community of Madrid states that "the choice of textbooks corresponds to each educational center and will be carried out in accordance with the established procedure and in the framework of freedom of expression and teaching enshrined in the Constitution, as well as that the chosen editions may not be replaced for a minimum period of four school years« and that educational centers may extend the useful life of the textbooks that are in good condition to rationalize public spending.

Finally, they recall that the law establishes that the edition and adoption of textbooks will not require the prior authorization of the educational administration, "although, in any case, these must be adapted to the scientific rigor appropriate to the ages of the students and to the curriculum approved by each educational Administration».

1 Palo Market Fest 2022 in Valencia: dates, times, location... 2 Aparicio, on the reduction of subsidies: "It... 3 14 immigrants arrested for using forged Ukrainian... 4 The rental aid will arrive this week to the 15,221... 5 The IVAM offers for the first time an international... 6 Pedro Cavadas' forecast about what will happen... 7 The crimes that the Andorran judge imputes to Rajoy... 8 A father and his two children arrested for causing... 9 The archbishop inaugurated the new altarpiece of Our... 10 The first victim of Jorge Palma, in the trial: «He... 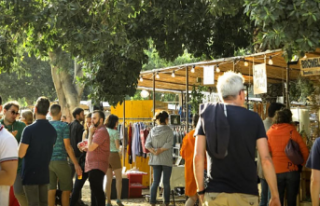