The archbishop inaugurated the new altarpiece of Our Lady of Hope, patron saint of Lillo

This Saturday, June 11, the Archbishop of Toledo, Francisco Cerro Chaves, blessed and inaugurated the new altarpiece of Our Lady of Hope, patron saint of Lillo. 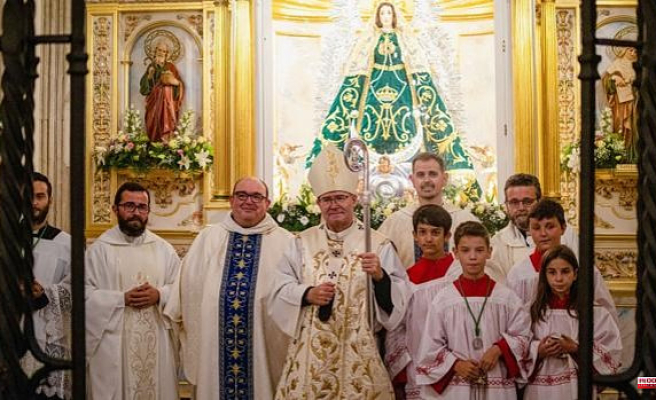 This Saturday, June 11, the Archbishop of Toledo, Francisco Cerro Chaves, blessed and inaugurated the new altarpiece of Our Lady of Hope, patron saint of Lillo.

The parish priest of Lillo, Jesús Torresano Perea, excitedly highlighted that this altarpiece is a wish fulfilled. A dream that began to take shape seven years ago when he was assigned to this parish. Grateful, he detailed the steps followed until reaching the installation of the altarpiece that has been carried out in Talleres ArteMartinez de Horche, and that supposes a patrimonial revaluation of the parochial temple but above all a sample of affection and devotion of the town of Lillo to its patron saint, already that the lilleros have paid for most of the altarpiece with their donation.

The mass concluded with the act of blessing and discovery of the work by the Archbishop of Toledo, and the final touch was an agape served in the parish house and in which the numerous authorities, priests, the Heritage delegate of the Diocese and father José Luis Vélez Benedictine son of the people.

The mass was attended by various regional and provincial authorities presided over by Jesús Fernández Clemente, delegate of Agriculture of the Community Board in Toledo. Together with him, various deputies such as the PSOE regional, José Antonio Contreras, mayor of Madridejos, and the deputy mayor of Miguel Esteban, Pedro Casas, together with Elena Fernández, also a provincial deputy and mayor of Villasequilla, both for the PP and a representation of the Vox party , headed by Daniel Arias.

Along with them, the Civil Guard was represented by the captain of the Ocaña area, Miguel Barquero, and a representation of the municipal corporation and authorities of neighboring towns. The Santa Cecilia Municipal Band of the town participated in the mass, as well as the representation of all the brotherhoods and movements of the parish.

An afternoon full of emotions, faith and heritage in this small town in La Mancha that shows great devotion to its patron saint.

1 The first victim of Jorge Palma, in the trial: «He... 2 Cuba imposes sentences of up to 25 years in prison... 3 Scholz negotiates a visit to kyiv together with Macron... 4 Botín's men to relieve Santander's CEO:... 5 The price of electricity will drop 22.6% tomorrow... 6 Tchouaméni: "I told Mbappé that Madrid was... 7 Latin American and Spanish authors turn Madrid into... 8 The great Israeli writer Abraham Yehoshua dies at... 9 Report: Dalton Schultz will attend the Cowboys minicamp... 10 The Book Fair recovers from Covid with record figures:... 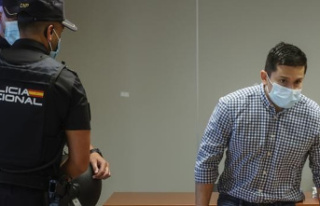 The first victim of Jorge Palma, in the trial: «He...