Mariano Rajoy is being investigated by the Andorran justice within the framework of 'Operation Catalonia' and faces a prison sentence that would amount, in the worst case for the former Prime Minister, to 13 years in prison, according to the letters rogatory sent to the Spanish authorities to which ABC has had access and which include a transcript of the Penal Code in force at the time of the events in the Principality of Andorra. 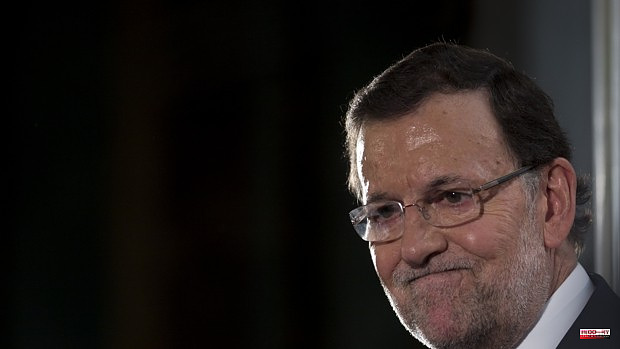 Mariano Rajoy is being investigated by the Andorran justice within the framework of 'Operation Catalonia' and faces a prison sentence that would amount, in the worst case for the former Prime Minister, to 13 years in prison, according to the letters rogatory sent to the Spanish authorities to which ABC has had access and which include a transcript of the Penal Code in force at the time of the events in the Principality of Andorra. It is the same penalty that the former Minister of Finance, Cristóbal Montoro, could face. In the case of the former Minister of the Interior, Jorge Fernández Díaz, the sentence would amount to up to 20 years in prison for crimes of coercion, threats, extortion and blackmail, in addition to a crime of falsehood.

Whoever was his number two, Francisco Martínez, would add 17 years in prison in case of conviction.

In this case, the specialized investigating judge number 2 of Andorra, Stéphanie Garcia Garcia, tries to clarify whether, as the plaintiffs claim, Rajoy and his ministers used "illegal means" to access banking information of the former presidents of the Generalitat Jordi Pujol and Artur Mas, as well as former Vice President Oriol Junqueras, and which would have resulted in alleged pressure that National Police agents would have exerted on those responsible for the Banca Privada d'Andorra to obtain data from these alleged accounts. The instructor gives a period of 15 days to appoint a lawyer. Otherwise, she warns her, they will be assigned one ex officio.

There are two crimes that the complainants, the entities Juristes Drets and l'Institut de Drets Humans d'Andorra (Idha), attribute to Mariano Rajoy and whoever was his Minister of Finance, Cristóbal Montoro. On the one hand, a crime of coercion against constitutional bodies for allegedly "having intimidated the Andorran Head of Government and his ministers" during an official visit that took place in the Principality on January 8, 2015. The purpose, according to the complaint, was that they intervene and liquidate the Banca Privada d'Andorra. They are considered "the personal and direct authors and executors" of the crime.

On the other hand, they are accused of creating, using and marketing a false document by an official for, according to the complaint, sending "false" information to the American FinCEN (Finance Crime Enforcement Network, dependent on the United States Department of the Treasury ), to issue an alert against the BPA, about a hypothetical practice of money laundering by the Andorran banking entity, which would have precipitated its intervention and liquidation on March 10, 2015 with the aim of obtaining these bank accounts. Catalan independence leaders. The first of the crimes is punishable in Andorra with penalties ranging between three and ten years in prison. The second contemplates sentences of between three months and three years in prison.

Regarding the role of former Minister Fernández Díaz, Francisco Martínez, who was his number two, and former Police Director Ignacio Cosidó, the complainants point out that they were the superiors of the police officers who acted on the ground. At first, the complaint was directed against the chief inspector of the National Police who was attached to the Spanish Embassy in Andorra, Celestino Barroso Sánchez, and the former head of the Internal Affairs Unit (UAI) Marcelino Martín Blas, who would have coerced and extorted the leaders of the BPA. The first extension of the complaint affected the former DAO Eugenio Pino, superior of both, and the chief inspector Bonifacio Díez Sevillano, who were already summoned before the Andorran justice but never appeared. The judge has once again sent rogatory commissions insisting on his appearance.

The entities that promoted the lawsuit warn in a statement that in case of conviction, “the Spanish State, in a subsidiary manner, must take responsibility for the material and moral damages that have been caused to the victims of these crimes. That is, to the Andorran citizens Higini Cierco and Joan Pau Miquel”, president and CEO of the BPA, as well as to the “entity, and the Andorran institutions”.

1 A father and his two children arrested for causing... 2 The archbishop inaugurated the new altarpiece of Our... 3 The first victim of Jorge Palma, in the trial: «He... 4 Cuba imposes sentences of up to 25 years in prison... 5 Scholz negotiates a visit to kyiv together with Macron... 6 Botín's men to relieve Santander's CEO:... 7 The price of electricity will drop 22.6% tomorrow... 8 Tchouaméni: "I told Mbappé that Madrid was... 9 Latin American and Spanish authors turn Madrid into... 10 The great Israeli writer Abraham Yehoshua dies at... 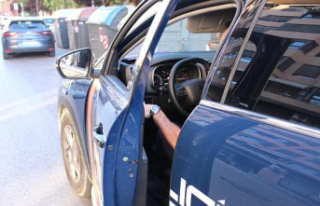 A father and his two children arrested for causing...