The National Police has arrested 14 undocumented immigrants in Alicante for allegedly using forged Ukrainian residence permits with the intention of trying to regularize their situation in Spain, the provincial police station reported in a statement on Tuesday. 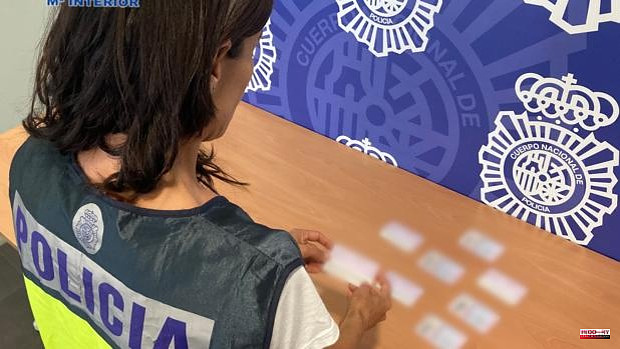 The National Police has arrested 14 undocumented immigrants in Alicante for allegedly using forged Ukrainian residence permits with the intention of trying to regularize their situation in Spain, the provincial police station reported in a statement on Tuesday.

After the war in Ukraine, the EU Council issued Decision 2022/238, which activated the temporary protection regime for those citizens displaced from that country.

In this way, nationals of a third country other than Ukraine, who can prove that before February 24, 2022 they legally resided in Ukraine, based on a valid permanent residence permit issued in accordance with Ukrainian law and who cannot return to their country or region of origin in safe and lasting conditions, they can avail themselves of the temporary protection regime in Spain.

In this area, agents of the Third Group of the Unit against Immigration Networks and Document Falsifications of the Provincial Police Station of Alicante, learned that a certain number of applicants for Temporary Protection with different nationalities, presented temporary residence permits in Ukraine that, By all accounts, they seemed correct. However, their bearers lacked any knowledge they should have of that country, which they did not know to the smallest detail.

In this way, these agents began an investigation to verify the support numbers of the documents through the National Central Office of Interpol in Spain, who contacted their counterpart in kyiv.

Immediately, the answer was obtained from kyiv according to which, in their State Migration Registers, the documents had not been issued; despite the fact that the physical support was authentic, the incorporated data had not been recorded by the competent authorities of Ukraine, confirming that these people did not have a Ukrainian residence permit.

The UCRIF agents located these people and arrested them accused of a crime of false documentation. The arrested, twelve men and two women, of Moroccan, Cuban and Dominican nationality and aged between 18 and 34 years, were released after giving a statement at the offices of the Unit against Immigration Networks and Documentary Falsifications of the Police Station. of the National Police in Alicante.

The investigation is not considered closed and the police continue the investigations to try to locate more forged documents as well as their bearers.

1 The rental aid will arrive this week to the 15,221... 2 The IVAM offers for the first time an international... 3 Pedro Cavadas' forecast about what will happen... 4 The crimes that the Andorran judge imputes to Rajoy... 5 A father and his two children arrested for causing... 6 The archbishop inaugurated the new altarpiece of Our... 7 The first victim of Jorge Palma, in the trial: «He... 8 Cuba imposes sentences of up to 25 years in prison... 9 Scholz negotiates a visit to kyiv together with Macron... 10 Botín's men to relieve Santander's CEO:... 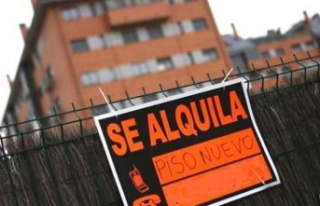