The overwhelming response of the El Colmado de Castellón restaurant to the request of an 'influencer' (creator of content on social networks) to eat for free at the premises in exchange for posting a couple of photographs and 'stories' on their different profiles, has meant quite a stir on Twitter. 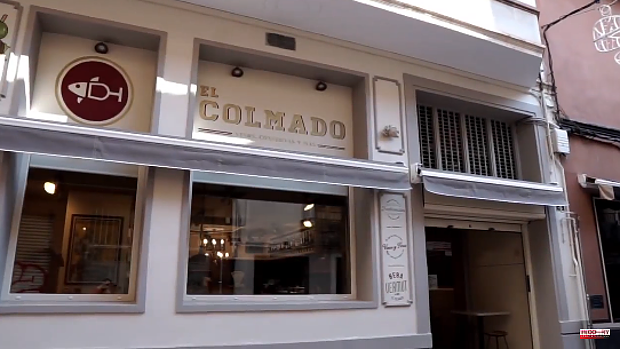 The overwhelming response of the El Colmado de Castellón restaurant to the request of an 'influencer' (creator of content on social networks) to eat for free at the premises in exchange for posting a couple of photographs and 'stories' on their different profiles, has meant quite a stir on Twitter.

A replica that has gone viral on this social network, where it already has more than 5,500 retweets and 29,500 likes, and which has served to further intensify a heated and hackneyed debate about the 'business' of social networks: should eat the 'influencers' for free in exchange for advertising?

For the owner of this business in Castellón, there is no discussion: “On the menu there are only zascas”, as the viral tweet from the @Soycamarero account says.

This hotelier received an "opportunity" through the profile of his restaurant in which an 'influencer' offered to advertise the place in exchange for "food service for me and a companion for creating the content."

For this reason, he would upload three 'stories' and send four photos and videos to the restaurant so that they could use them quoting him. «Looking for cool restaurants that I have not visited in Castellón, I have ended up with yours. I loved the concept. I would like to know if it would fit you to carry out a collaboration in which I promote you, ”explains the audiovisual creator.

Faced with this business possibility, El Colmado's response was to turn the collaboration into a solidarity act: «You can come for lunch, dinner or a snack and the same amount spent in our establishment will be donated in your name to the NGO Acción contra el Hunger".

In addition, the restaurant details that "you can publish and tag us without any problem on social networks in order to gain followers and reputation", to which the aforementioned 'influencer' replied "thank you very much, but the donation acts are carried out by others media, maybe another time.

A conversation that has generated thousands of responses on Twitter that support and condemn the content creator's request. "It's a shame that bums called 'influencers' think they can go to a restaurant to eat for free and laugh at the work of many hospitality professionals," for example.

On the other hand, different tweeters sided with the 'influencer' alleging that "it is a legitimate deal", but that "another thing is that the restaurant is not interested because they already fill the premises perfectly or that they believe that it is not sufficiently known" .

Given the impact that the response has had, the restaurant has finally made a donation of one hundred euros to the NGO Action Against Hunger, "to those who should be the true influencers who work for others."

"The publication was a wake-up call to a scourge that, as happens in most areas of life, affects the smallest, the most needy and, therefore, the most desperate," the restaurant argues in a Facebook post .

«El Colmado will continue to work for your delight, and if you wish to publish on social networks or on evaluation pages, that the opinion be sincere, good, regular or bad. They all serve to improve, but they have to be sincere », he concludes.

1 The imputation of Mónica Oltra remains in the hands... 2 Mount Teide celebrates 15 years as a World Heritage... 3 Rapper Kase.O announces "indefinite" retirement... 4 The BNG equates Sánchez with Vox for defending the... 5 Feijóo accuses Sánchez of damaging the credibility... 6 What days and until when is it free to travel on the... 7 Mañueco, to the LGTBI movement: «We cannot give... 8 The Triángulo Foundation colors the esplanade of... 9 Pollán asks the PSOE to withdraw the rainbow flag... 10 A network of Czech drug traffickers who sent "zombie... 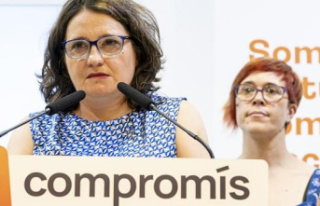 The imputation of Mónica Oltra remains in the hands...