The judicial situation of Mónica Oltra and the investigation into the alleged cover-up of the sexual abuse of a minor for which her ex-husband Luis Eduardo Ramírez Icardi was sentenced to five years in prison will continue to condition the political agenda in the coming weeks. 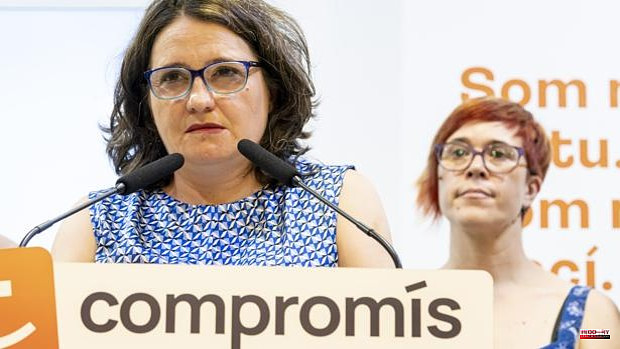 The judicial situation of Mónica Oltra and the investigation into the alleged cover-up of the sexual abuse of a minor for which her ex-husband Luis Eduardo Ramírez Icardi was sentenced to five years in prison will continue to condition the political agenda in the coming weeks.

The resignation of the deputy act of the former vice president of the Generalitat has meant the loss of the status of appraised and already has its first consequence. The Superior Court of Justice of the Valencian Community has suspended her statement as a defendant scheduled for July 6 and has demanded that the Valencian Courts certify that the Compromís policy is no longer parliamentary. The order, signed by Judge Antonio Ferrer, is dated this Monday, June 27.

Once this procedure has been completed, the case will return to the Investigating Court number 15 of Valencia, whose magistrate had demanded the imputation of Mónica Oltra with the support of the Prosecutor's Office.

In an order dated April 1, Judge Vicente Ríos argued that there are "rational and solid indications" of the participation of the former vice president of the Generalitat in the events for which thirteen other people were already being investigated, including one senior official who maintains his position in the Government chaired by Ximo Puig. The case tries to elucidate whether the Ministry of Equality tried to hide the case of abuse of a girl by an educator who at the time of the events was married to Mónica Oltra and whether an attempt was made to discredit the victim, María Teresa T.M., who was abused when he was fourteen.

The investigations opened by the Court of Instruction number 15 of Valencia try to clarify the “suspicious action” of the managerial and technical staff of the Department that Mónica Oltra directed in relation to the “paralegal instruction” that they carried out once the case was judicialized.

In the brief addressed by the judge to the TSJ where he reasoned the reasons why Mónica Oltra should be charged, the magistrate concluded that "there was no real will at the Ministry headquarters to clarify the facts but, on the contrary, to hide them , with a mere appearance of actions aimed at clarifying them».

The Prosecutor's Office, for its part, concluded in an extensive document in which it supported the judge's request to impute to Mónica Oltra that the actions of the former Minister and the rest of those investigated could constitute prevarication, abandonment of minors and omission of duty to prosecute crimes.

In this context, the decision to summon the former vice president of the Generalitat will correspond to judge Vicente Ríos, who last March opened a separate piece of the case, declared secret, on the reserved file that the Ministry of Equality opened after learning of the abuse of Mónica Oltra's ex-husband, which according to the magistrate would have served to try to discredit the victim's version.

As part of these investigations, the Judicial Police searched one of the headquarters of the Generalitat Department the day before Mónica Oltra announced her resignation.

Pending the next steps of the Justice, this Thursday it is expected that the leader of Compromís Aitana Mas will take possession of the positions that Mónica Oltra has left as vice president, Minister of Equality and spokesperson for the Government of Ximo Puig.

1 Mount Teide celebrates 15 years as a World Heritage... 2 Rapper Kase.O announces "indefinite" retirement... 3 The BNG equates Sánchez with Vox for defending the... 4 Feijóo accuses Sánchez of damaging the credibility... 5 What days and until when is it free to travel on the... 6 Mañueco, to the LGTBI movement: «We cannot give... 7 The Triángulo Foundation colors the esplanade of... 8 Pollán asks the PSOE to withdraw the rainbow flag... 9 A network of Czech drug traffickers who sent "zombie... 10 Dismantled a marijuana plantation with 364 plants... 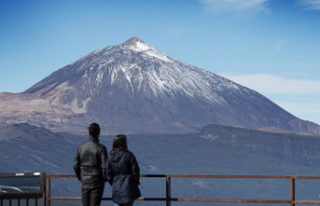