3,718 meters raise Mount Teide above the island of Tenerife, to a peak that makes this Canarian volcano the highest in Europe and the highest peak in Spain. 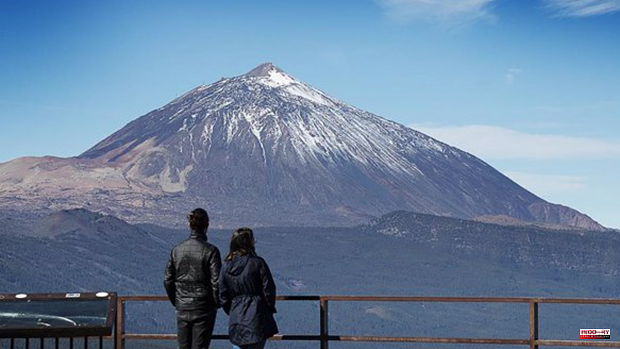 3,718 meters raise Mount Teide above the island of Tenerife, to a peak that makes this Canarian volcano the highest in Europe and the highest peak in Spain. On this day 15 years ago, in addition to being a symbol of the Canary Islands and an attraction for visitors to Tenerife for decades, it became a World Heritage Site during the 31st session of the World Heritage Convention held in New Zealand.

It was announced news, and it is that Teide had already impressed UNESCO for its richness and the diversity of its volcanic landscapes. It was because of this richness that it had already been declared a National Park in 1954, the first in the archipelago and the third in Spain.

Its 13,517 hectares are home to 139 species of flora, endemic species and to date it is the most visited Park in the Canary Islands, Spain and Europe.

It has an official altitude of 3,718 meters above sea level and 7,500 meters above the ocean floor. The 'father Teide' is the third largest volcano on Earth from its base on the ocean floor, only behind the giants of Mauna Kea and Mauna Loa, in Hawaii. Thanks to this volcanic cone, Tenerife is the tenth highest island in the world.

In addition to the hedgehog (Aetechinus algirus) and the black lizard (Gallotia galloti galloti), which are the endemic stars of the park, in this volcanic redoubt there are more than 1,400 invertebrate species, 40% of them endemic. In flora, of the 194 species inventoried in the National Park, 31 are endemic to the Canary Islands and 32 are endemic to Tenerife, that is, 32% of the flora is unique to Tenerife. The red tajinaste from Teide and the violet from Teide are some of the flowers that give color to the surroundings.

Mount Teide has been dormant since 1798, although fumaroles have been recorded in more recent times. Still active, the legend of the Canarian aborigines tells that it is the place where Guayota, the demon most feared by the ancient inhabitants of the islands, was imprisoned.

On June 17, Involcán and IGN recorded a low-magnitude seismic swarm in Las Cañadas del Teide, specifically to the southwest of Pico Viejo, with some 450 earthquakes called hybrid events. Already on October 2, 2016 and June 14, 2019, there were swarms of very similar characteristics. In May 2004 a series of earthquakes showed a possible change in the activity of the volcano, with an earthquake on May 11, 2004 of magnitude 2.7 with its epicenter in Icod de los Vinos, and which was felt in Garachico, La Guancha, San Juan de la Rambla, Los Silos, Los Realejos, Buenavista del Norte, Puerto de la Cruz and La Orotava, among other communities.

1 Rapper Kase.O announces "indefinite" retirement... 2 The BNG equates Sánchez with Vox for defending the... 3 Feijóo accuses Sánchez of damaging the credibility... 4 What days and until when is it free to travel on the... 5 Mañueco, to the LGTBI movement: «We cannot give... 6 The Triángulo Foundation colors the esplanade of... 7 Pollán asks the PSOE to withdraw the rainbow flag... 8 A network of Czech drug traffickers who sent "zombie... 9 Dismantled a marijuana plantation with 364 plants... 10 Sweden, Finland and Turkey meet in Madrid to unblock... 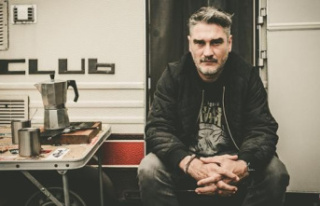