The Community of Madrid responds to the transport reductions announced by Sánchez: "It invades regional powers and has not been agreed upon"

The Minister of Transport, Infrastructure and Housing of the Community of Madrid, David Pérez has come out against the reductions in transport announced by Pedro Sánchez after the extraordinary meeting of the Council of Ministers, to denounce that the fund approved for, among other things , public transport fares invade regional powers and have not been agreed upon. 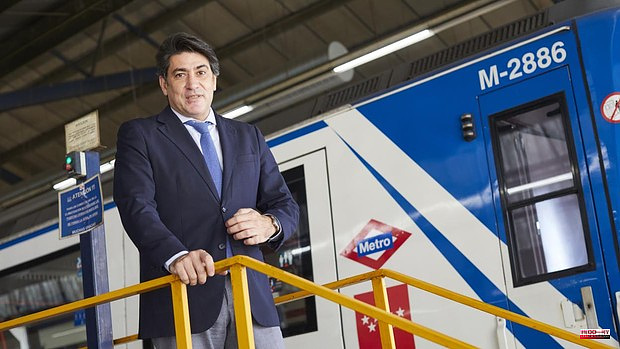 The Minister of Transport, Infrastructure and Housing of the Community of Madrid, David Pérez has come out against the reductions in transport announced by Pedro Sánchez after the extraordinary meeting of the Council of Ministers, to denounce that the fund approved for, among other things , public transport fares invade regional powers and have not been agreed upon. "Although it is necessary to study in depth the measure that has been adopted, we can already anticipate that this measure has not been agreed upon with the autonomous communities," he said. And he has also added that it is “unthinkable that a measure that affects regional powers be adopted unilaterally by the Ministry, by the Government, without even convening the sectoral one of the autonomous communities.

That is truly incredible."

The President of the Government, Pedro Sánchez, announced at a press conference the new decree of measures against the price crisis, which will be in force until December 31. There will be a 50% reduction in transport subscriptions that are the responsibility of the State, mainly RENFE, and 30% in those corresponding to autonomous communities and municipalities, which may "complement" this reduction up to 50% with their own resources. The measure will be applicable from September 1, coinciding with the return from vacation.

For the region's Minister of Transport, he also stresses that "we have not even received information on the situation of demand and the situation of transport in our autonomous community, at least in Madrid, which by the way we have never been received by the minister". Pérez also insists that “the financing of these measures is not at all clear and I hope that the precipitation, propaganda and improvisation of the Government do not end up being paid by the autonomous communities as well. These measures require rigor, study and dialogue, and none of that has happened prior to the announcement of this measure.

The reduction of the approved rates by 50% would mean, according to the regional government, that the autonomous communities will have to increase the tax pressure, that is, the taxes to be able to finance that reduction, in addition to being a measure that directly affects the powers of approval of the rates for the use of public transport that resides in the Regional Transport Consortium by virtue of its creation law of 1985.

In addition, sources from the Madrid Executive recall that public transport in the region is strongly subsidized in full by the Community of Madrid by more than 60%. Users barely paid 40% in 2019, and 30% in 2021 on average of the cost of the service. There are also some titles, such as the Youth Season Ticket or the Third Age Season Ticket, where the bonus for users is much higher.

From the regional executive they request that the annual contribution for transport be updated, which for the 2022 financial year is 126.89 million euros, that is, the same amount as previous years (2019, 2020 and 2021), so only represents 8.32% of the total financing needs of public transport in Madrid.

1 A peaceful demonstration reminds the G-7 of its commitment... 2 They invest 300,000 euros in the new Olías del Rey... 3 A demonstration in Valladolid cries out against the... 4 A 28-year-old man, injured by a knife in a brawl in... 5 Hundreds of people crowd the Plaza de la Catedral... 6 Bautista yields to Tsitsipas in the Mallorca final 7 Spain, bronze in 'highlight' at the World... 8 The best news for Rafa Nadal: "I can walk normally... 9 Graffiti conquers the halls of the National Museum... 10 The PP applauds that the Government 'copies'... 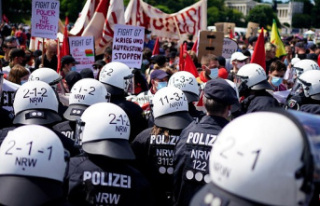 A peaceful demonstration reminds the G-7 of its commitment...