The best news for Rafa Nadal: "I can walk normally most days"

Rafael Nadal's assault on Wimbledon, after three years of absence, is on the right track. 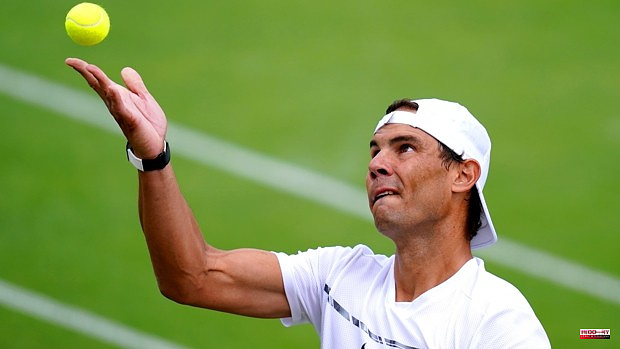 Rafael Nadal's assault on Wimbledon, after three years of absence, is on the right track. Despite the defeat this Friday against Felix Auger-Aliassime (7-6 (6), 4-6 and 10-3) the sensations of the Balearic tennis player are good. The pain in his foot does not bother him and the training sessions are going on a few days after his debut in the historic English tournament. His injury seems to have given him a respite and the Spaniard seems more focused on adapting to grass before his landing on Wimbledon Center Court than on Müller Weiss syndrome.

A demanding test awaits him on Tuesday against the Argentine Francisco Cerúndolo, 23 years old and number 42 in the world. Then, in case of advancing in the table, there will be time to think about who is coming from behind.

But for now the important thing, as Nadal himself confirmed this Saturday, for the first time in a year and a half the pain is gone. Pulsed radiofrequency treatment works.

“I can walk normally most days, almost every day. That is the most important thing, “explained the Spaniard. "When I wake up I don't feel that pain that I had for the last year and a half, I'm very happy about it," he added.

"In the last two weeks I haven't had one of those terrible days where I couldn't move. The overall feeling and sensations are positive," she concluded.

Rafa Nadal has won the Wimbledon tournament twice, but his last win was 12 years ago. In this edition he is the number two seed, which has helped him avoid a hypothetical confrontation with Novak Djokovic until the final.

“In 2003 (his debut year), he never would have thought that he would have a chance to win Wimbledon. Today is different, I had some success here, "said a satisfied Nadal.

1 Graffiti conquers the halls of the National Museum... 2 The PP applauds that the Government 'copies'... 3 'Stranger things' and the luck factor in... 4 Galician beaches are left without lifeguards: "It... 5 Some 'breath' for the volcano: Sánchez... 6 Jurists convene this Wednesday a concentration to... 7 Loquillo comes out in Toledo through the big door 8 The president of the Ecuadorian Parliament calls for... 9 Gunnar Biniasch one step away from being crowned champion... 10 The "Urbania" begins the long regatta with... 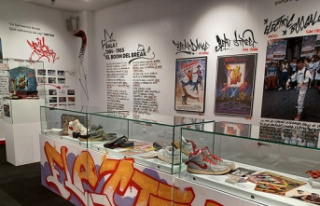 Graffiti conquers the halls of the National Museum...