The Popular Party (PP) has applauded this Saturday, not without some sarcasm, the success of the Government of PSOE and United We Can in "copying the measures of the PP" in the extraordinary Council of Ministers chaired by Pedro Sánchez. 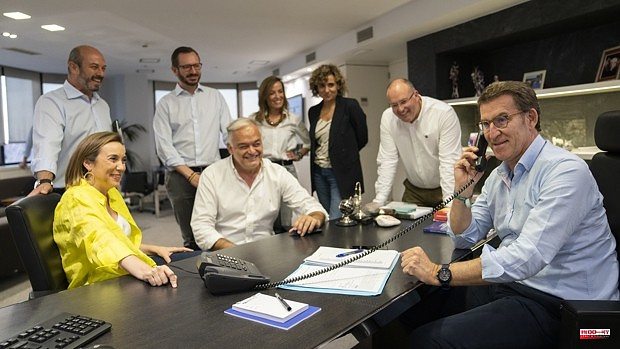 The Popular Party (PP) has applauded this Saturday, not without some sarcasm, the success of the Government of PSOE and United We Can in "copying the measures of the PP" in the extraordinary Council of Ministers chaired by Pedro Sánchez. On Twitter, the leader of the opposition, Alberto Núñez Feijóo, has celebrated the lowering of VAT on electricity – PP, Vox and Ciudadanos (Cs) have been calling for it for months – and the aid package for the most vulnerable.

However, the president of the PP has also made it clear that the approved measures, although welcome, are insufficient. “He is wrong not to go further”, has fueled Núñez Feijóo, who has told the chief executive that he is still in time to “assume the challenge” of undertaking new actions to “really help the Spanish”.

The former president of the Xunta de Galicia has urged Sánchez to adjust personal income tax to medium and low incomes as he is collecting more money in other taxes due to inflation. He has also invited him to reduce once and for all the spending "of the most expensive government in history" and to work on the suspension of taxes on hydrocarbons to reduce the price of gasoline.

His number two, Cuca Gamarra, has spoken along the same lines, who in Zaragoza, at the inter-municipal meeting of the PP of Aragon, has also asserted that the measures "arrive late", are "insufficient" and "respond to the electoral setback in Andalusia ». according to the party.

The general secretary of the PP has vindicated the economic document that Juan Bravo prepared and that Núñez Feijóo sent to Sánchez to try to agree on an anti-crisis plan between the two main parties in the country. There was no response from Moncloa, but the popular ones continue with their hands outstretched and remember their proposal every time they have the opportunity.

According to Gamarra, if the Executive had accepted this plan at the time, the Spanish would have already saved 200 million euros in VAT on electricity alone. For her, the decree urgently approved this Saturday is disappointing because it includes "just two measures similar to those of the PP" and many others are left in the pipeline.

“When Sánchez talks about the government's effort, he is wrong. The effort is not being made by the Executive, but by all the Spaniards whom he has punished for months », he added. Neither Sánchez nor his ministers, he has insisted, do the least to "reduce not a single euro from this macro-government."

Already this noon, in Santiago, the Deputy Secretary of Organization of the PP, Miguel Tellado, advanced that the extraordinary Council of Ministers convened by Sánchez had little to do with "the real situation in Spain" but with "the electoral situation" of the PSOE. "We must alleviate that burden that inflation entails in the economy of families and SMEs," Tellado has said, reports Pablo Pazos.

1 'Stranger things' and the luck factor in... 2 Galician beaches are left without lifeguards: "It... 3 Some 'breath' for the volcano: Sánchez... 4 Jurists convene this Wednesday a concentration to... 5 Loquillo comes out in Toledo through the big door 6 The president of the Ecuadorian Parliament calls for... 7 Gunnar Biniasch one step away from being crowned champion... 8 The "Urbania" begins the long regatta with... 9 “Quantum” achieved his fourth Rolex TP52 World... 10 Irene de Tomás, European champion of ILCA 4 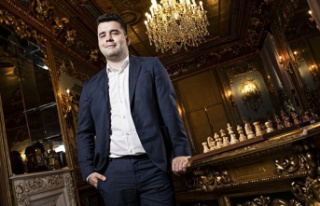 'Stranger things' and the luck factor in...