More than 200 people have taken to the streets today in Valladolid, according to Municipal Police sources, to insist that the railway integration plan "is not the solution" to the division of the city by the train tracks. 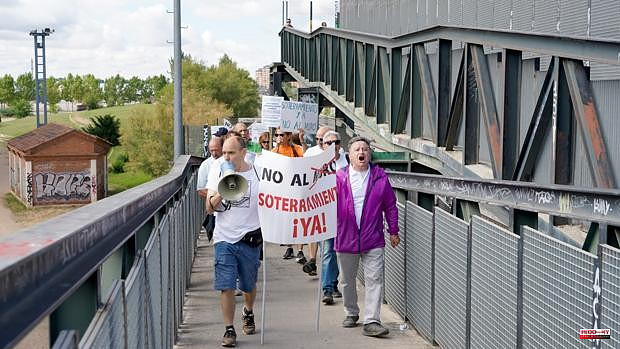 More than 200 people have taken to the streets today in Valladolid, according to Municipal Police sources, to insist that the railway integration plan "is not the solution" to the division of the city by the train tracks. They have demanded to resume the agreement to bury the railway as it passes through the capital.

Accompanied by banners and megaphones, the demonstration started from the Parque de las Norias to end in the Plaza Rafael Cano, where a manifesto was read by the members of the Platform. The attendees have crossed the walkway to the Plaza del Crepúsculo, to continue along Avenida de Irún, Plaza de las Indias, Arco de Ladrillo, Recondo, Estación, Calle de la Vía, to cross the tunnel again to continue along Calle La Salud to the square.

"We don't want to go against anyone. We only intend to try to convince political leaders that the proposed tunnels are not the solution and that the project for burial be resumed, which is why the Valladolid Alta Velocidad Society was created. That they stop the mantra of debt up and down, "Alfonso Peña, spokesman for the organization, told the Ical Agency.

He has also stated that the burying in the Pinar de Antequera "has shown that it can be done." “Hopefully we will achieve it when before”, Peña has wished, who has rejected that this controversy is used as a “political weapon”. "We are only going against the wall that divides the city in two," he reiterated.

To date, he recalled that 90,000 residents live on the other side of the tracks and referred to the last tunnel built, on Andrómeda Street, which "would not support any gender impact study and has caused a mobility problem for people with difficulties, who have to make long detours and cover long distances».

During the week, the Platform had invited municipal leaders to this "tourist visit" along the wall so that "they could learn about the true reality of the city." Responding to this invitation, among others, were the councilors of the PP Pilar del Olmo and José Antonio de Santiago-Juárez, that of Ciudadanos, Martín Fernández Antolín, the Minister of Industry, Commerce and Employment, Mariano Veganzones, as well as representatives of Vox and the former government delegate Cecilio Vadillo.

1 A 28-year-old man, injured by a knife in a brawl in... 2 Hundreds of people crowd the Plaza de la Catedral... 3 Bautista yields to Tsitsipas in the Mallorca final 4 Spain, bronze in 'highlight' at the World... 5 The best news for Rafa Nadal: "I can walk normally... 6 Graffiti conquers the halls of the National Museum... 7 The PP applauds that the Government 'copies'... 8 'Stranger things' and the luck factor in... 9 Galician beaches are left without lifeguards: "It... 10 Some 'breath' for the volcano: Sánchez... 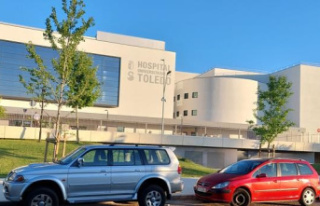