"They have the greatest power on this planet and they must understand that a great responsibility falls on them," explains a young British man named Alfred, who studies in Germany and has spontaneously joined the massive crowd, on the lawn of the Theresienwiese in Munich. 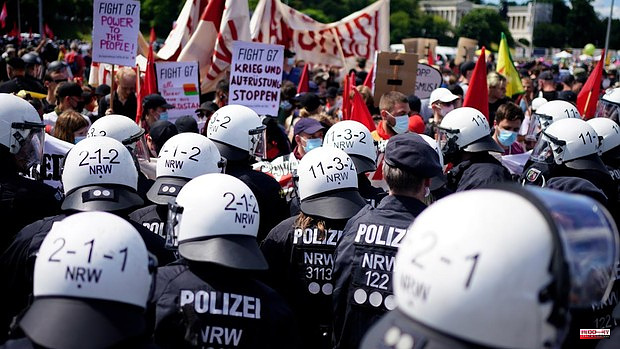 "They have the greatest power on this planet and they must understand that a great responsibility falls on them," explains a young British man named Alfred, who studies in Germany and has spontaneously joined the massive crowd, on the lawn of the Theresienwiese in Munich. demonstration on the occasion of the G7 summit in Elmau, Bavaria.

“My demands for the G-7 are that these countries maintain a clear commitment to the energy transition, that is, to the exit from fossil fuels, all forms of fossil fuels, by 2035 at the latest, so that we can stop finance wars and conflicts like the one in Ukraine," says Kilian Wolter, a member of Greenpeace.

Both walk at the head of the demonstration called by a total of 15 associations of diverse stripes, from anti-system Attac to environmentalists like WWF.

The protests focus on four axes that bring together a great diversity of protesters: the gradual elimination of fossil fuels, the preservation of animal and plant diversity, social justice on the planet and the fight against hunger. This last point has summoned numerous Christian organizations that join the demonstration. «Russia has blocked the ports of the Black Sea, cereal shipments cannot be exported and stop arriving in countries highly dependent on this food trade. That means that many people are going to go hungry and the richest countries in the world must get involved in this problem, ”defends Emma, ​​who has come to Munich from a parish in Hannover.

At the beginning of the demonstration, the police on the ground have estimated the presence of about 3,500 people marching peacefully. But it is not these that have prompted the Bavarian authorities to deploy a police force of 18,000 agents and to fence off the area where the protests are taking place. A four square kilometer area around Schloss Elmau, where the summit will take place from tonight, has been sealed off impassably. And if only a small part of the expected 20,000 protesters are on the Theresienwiese right now, it is most likely because the rest are preparing for nightly violent actions, against which the police have appealed.

Despite the border controls established three weeks ago, the Police are counting on the entry of radicals into the country. This week the burning of eight cars parked in the streets of Munich in a single night has already been registered, as a sign of the intentions of the so-called Black Bloc, young men masked and willing to violent protest. Several helicopters and drones constantly monitor the city. “I hope that all the demonstrators protest peacefully, that they express themselves freely but that they do not harm anyone and do not destroy any car or attack shops, that they respect what belongs to everyone,” confided the German Interior Minister Nancy Faeser.

“We condemn any act of violence, what we need are concrete actions to face the multiple crises of our time and to protect the most vulnerable”, Oxfam spokesman Tobias Hauschild declares under a large banner, “that means that the G -7 has to act immediately, they have to fight against hunger, inequality and poverty from their position of power, and we are here to remind them”. The banner reads: "The G-7 countries are responsible for the fact that the global social and ecological crisis is reaching an increasingly dramatic point: Put an end to this! There is another way to do justice!”

“Many of us who are here today are going to the NATO summit in Madrid later,” advances the German leader of the Fridays for Future movement, Luisa Neubauer, who specifies the demands of the organization. “First of all, this summit needs to be one lap away from fossil fuels. This means sticking to deals that have already been made, namely ending foreign funding for fossil fuels, which Olaf Scholz is about to break in Germany, which he is destroying. It must include a commitment to a coal exit by 2030, which the G7 leaders must decide at the summit." She also calls for the group to honor its commitments related to loss and damage financing for economically weaker countries. On the question of Germany's decision to reactivate coal-fired power plants in order to free itself from its dependence on Russian oil and gas and replenish energy supply reserves, he acknowledges that "it's a dilemma that, you know, societies in all parties are raised and especially German society, since we are so dependent on Russian oil and gas. And yes, there are big questions now about how to fill the gaps in energy systems. But there is a huge difference between filling the gaps and creating a new, long and lasting dependence on fossil fuels and their autocrats.

On whether political leaders have lost sight of the climate emergency due to the war in Ukraine, he adds that "I honestly don't know what political leaders are looking at and what they aren't, but what it looks like from the outside is that obviously a lot of them aren't they want or can't understand the emergency we're in and reacting to a fossil fuel war with more fossil fuels just doesn't make sense, even on a geopolitical level."

1 They invest 300,000 euros in the new Olías del Rey... 2 A demonstration in Valladolid cries out against the... 3 A 28-year-old man, injured by a knife in a brawl in... 4 Hundreds of people crowd the Plaza de la Catedral... 5 Bautista yields to Tsitsipas in the Mallorca final 6 Spain, bronze in 'highlight' at the World... 7 The best news for Rafa Nadal: "I can walk normally... 8 Graffiti conquers the halls of the National Museum... 9 The PP applauds that the Government 'copies'... 10 'Stranger things' and the luck factor in... 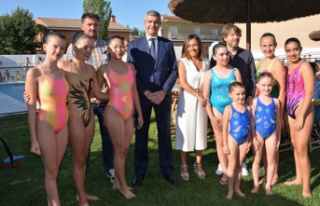