Graffiti conquers the halls of the National Museum of Anthropology

In 1984, cities like Madrid, Barcelona and Seville were immersed in a cultural revolution that transformed the collective identity of the time. 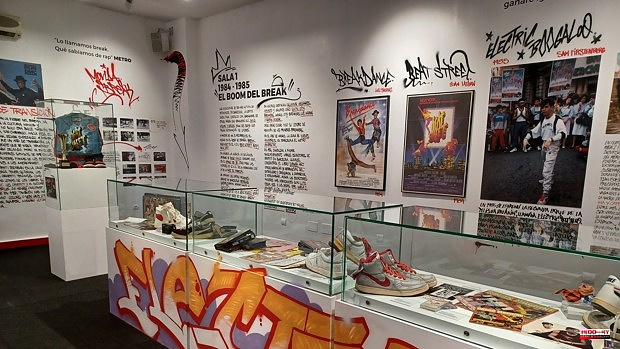 In 1984, cities like Madrid, Barcelona and Seville were immersed in a cultural revolution that transformed the collective identity of the time. The birth and development of hip hop in Spain, which, influenced by other countries such as the United States, was nourished by this new lifestyle and had a profound impact on young people.

The National Museum of Anthropology presents 'Everything began in eighty-four. Origins of graffiti in Spain', a journey through time that takes the viewer to the time of the flourishing and development of hip hop culture in the country. The exhibition is curated by the expert, Francisco Reyes, better known as Pastron7, who, thanks to his long career in urban culture, has managed to gather a large number of objects for the exhibition, in addition to obtaining the participation of established artists and personalities. within scope.

The sample is narrated in the first person by the protagonists of that time of cultural revolution in Spain. From their perspective, they recount how young people in the country celebrated the arrival of hip hop and reinterpreted it until it became a way of life, but above all a sign of cultural identity. The clothes, shoes and belts, music equipment, vinyl and cassettes, posters, concert tickets, sketches, documents and other objects that are accompanied by a wide selection of photographs, audiovisual resources and articles collected by collectors, rappers, writers and 'breakers', serve as testimony and visual evidence of the movement. On the other hand, calligraphy has an important weight in the exhibition, most of it is written by the handwriting of the curator and other graffiti artists such as Kapi, Zeta, Suso33, Mata, Remebe, with the aim of recovering and capturing the essence of graffiti Street map.

'It all started in eighty-four. Origins of graffiti in Spain' will be present at the National Museum of Anthropology from June 24 to November 1. It is the first sample of a cycle of projects dedicated to urban cultures, which will continue in the coming years.

1 The PP applauds that the Government 'copies'... 2 'Stranger things' and the luck factor in... 3 Galician beaches are left without lifeguards: "It... 4 Some 'breath' for the volcano: Sánchez... 5 Jurists convene this Wednesday a concentration to... 6 Loquillo comes out in Toledo through the big door 7 The president of the Ecuadorian Parliament calls for... 8 Gunnar Biniasch one step away from being crowned champion... 9 The "Urbania" begins the long regatta with... 10 “Quantum” achieved his fourth Rolex TP52 World... 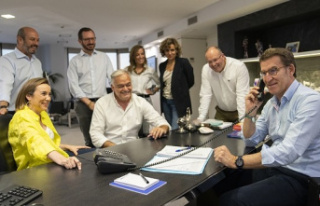 The PP applauds that the Government 'copies'...