The split of Rioja wines, one step closer

Brussels already has the file that asks to register 'Viñedos de Álava' to create a Denomination of Origin outside the DOC Rioja. 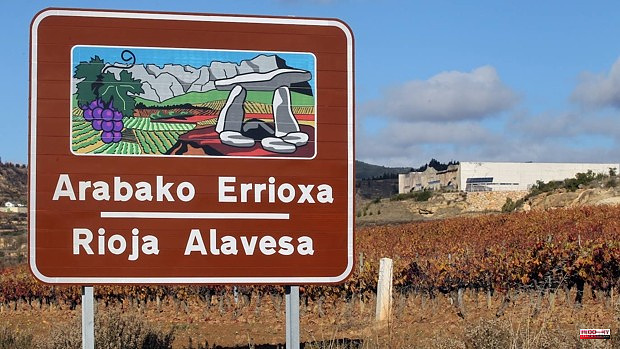 Brussels already has the file that asks to register 'Viñedos de Álava' to create a Denomination of Origin outside the DOC Rioja. It was an expected procedure because once the request is made, the Ministry of Agriculture is obliged to submit it to the European Commission. Although planned, it is a step of special relevance for the sector.

In fact, in practice it means that the feared split of Rioja wines is now closer than ever. Once Brussels has given acknowledgment of receipt, interested firms can now apply for temporary national protection. The permit depends exclusively on the Basque Government and would enable the wineries to sell their wines using this brand, although they could only do so on the national market.

So far no request has been registered in this regard, but the Basque Government has already announced that it will give “the opportunity to do so” to the wineries that request it. The Minister of Economic Development, Sustainability and the Environment, Arantxa Tapia, recalled that it is an "absolutely private" decision and that her department only has "to carry out the corresponding administrative act." "If they have to risk leaving the Rioja Qualified Denomination of Origin to go to another denomination, it entails actions that they will be the ones who think they have to do," she assured.

Worse reception has had the news among the residents of La Rioja. The president of La Rioja, Concha Andreu, asked for unity in the plenary session when the La Rioja PP asked her why the Ministry did not stop the processing of the file. Andreu has defended that from Madrid they have done "everything" they have been able to "legally". She considers that it is time to defend "unity and support" for the Regulatory Council. «The common interest of all Rioja people is to defend the DOC Rioja and the best way to defend it is by not entering into the politics of a small group of Basque winegrowers or winemakers who want to put politics into something as ours and centenary as the DOC Rioja is. ", has added.

The truth is that, despite the fact that the possible split of the Álava winemakers is a topic that has been discussed for more than six years, today the number of wineries or wine growers who are really interested in joining this new company is unknown. Appellation of origin. In 2016, the Rioja Alavesa Winery Association (ABRA), promoter of the initiative, spoke of "more than 40" of its associates, although some of those who had supposedly supported the initiative have dropped off the hook over time.

If Brussels finally approves the denomination 'Viñedos de Álava', the associates should create their own regulatory council and the corresponding register of vineyards. In the case of the vineyards, the law allows them to be covered by both the new denomination and the DOC Rioja and each owner could choose which wines each portion of them is dedicated to. However, in the wineries they could not produce wines for the two appellations, and if a winery owner wants to sell wines of both types, he would have to produce them in separate facilities.

The Regulatory Council for Rioja wines has already announced that it will take the creation of this new denomination to court. It is to be expected, therefore, that they will also try to paralyze the order of the Basque Government that allows an initial commercialization of 'Viñedos de Álava' in national territory.

1 Polígono and Distrito Norte present their neighborhood... 2 Acquitted of a brutal beating for which they were... 3 More than 40% of nursing home workers take drugs for... 4 Mónica Oltra asks to appear in the case to stop her... 5 Seizure at the wheel: a driver causes an accident... 6 The Prosecutor's Office asks to disqualify a... 7 The president of the CSD asks Rubiales for explanations 8 Legislative: PS deputy Jérôme Lambert benefits from... 9 Belgrade is burning: bomb threats, Greek hell and... 10 Acciona, FCC and ACS, the three most valuable Spanish... 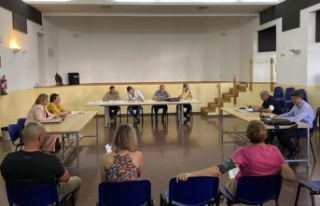