A cinema ticket is sometimes very expensive, which even pushes some not to go there. 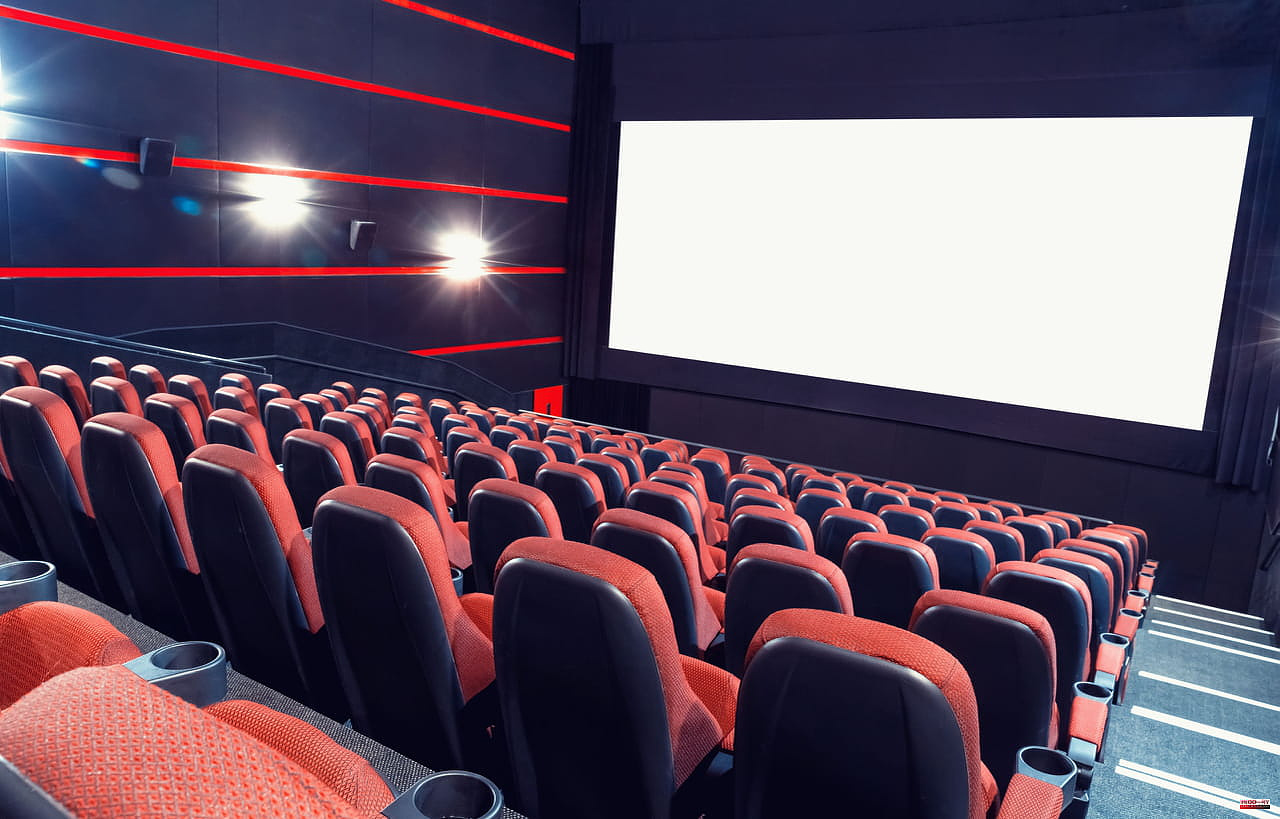 A cinema ticket is sometimes very expensive, which even pushes some not to go there. But there are many solutions to take advantage of cheap cinema tickets. Here are our movie tips.

[Updated on January 13, 2020 at 5:38 p.m.] Cinema often has the reputation of being an expensive hobby. And that's the case, a full price seat sometimes costs more than a month's subscription to Netflix. But as nothing equals the discovery of a film on the big screen, you must also take advantage of the many good plans that allow you to take advantage of cheap cinema tickets. Or at least, for less. Because the solutions are varied to afford this pleasure. We've listed the best deals right now for you!

In France, two brands offer moviegoers the opportunity to enjoy unlimited cinema screenings. Gaumont-Pathé on the one hand with three CinéPass subscription offers: €16.90/month for children under 26 (minimum 6-month commitment), €19.90/month for a Solo Pass (12-month commitment minimum) and €33.90/month for the CinéPass Duo (minimum 12-month commitment) to enjoy it for two. UGC and Mk2 offer a similar slightly more expensive offer with the UGC-Mk2 Unlimited pass at €21.90/month, the UGC Unlimited 2 pass at €36.80/month for two people and the UGC Unlimited pass under 26 for €17.90/month. These offers are particularly attractive if you go to the cinema very regularly. It's even the number 1 solution if you go to the cinema more than twice a month. On the other hand, if you do not go to the cinema at least twice a month, it is better to direct you to the purchase of lots of tickets.

As we said, unlimited cinema subscriptions are probably the most suitable option for moviegoers who go to the cinema at least twice a month. If you go there less often, whether alone or accompanied, it is better to buy tickets in batches sold with a reduction, which mathematically lowers the price of the ticket. CGR, Kinepolis, Mégarama, les Cinémas Indépendants de Paris… most brands sell lots of tickets, often called cinema cards, whether in 5, 10 or 15 copies. These seats can be used either in a particular cinema or in all of the brand's cinemas in France. Note, for example, that a 5-seat card valid in a single Gaumont-Pathé cinema is generally worth €36 (or €7.20 per seat). UGC offers a similar offer with its rechargeable UGC card: the 5 places will cost you 32€ (6.40€ per seat). Be careful though, most 5-seater cards are only valid for 3 months from the date of purchase. So be sure to use your tickets before they expire!

Another solution are the loyalty cards that most movie theaters make available, including the UGC-MK2 card on one side and the Gaumont-Pathé card on the other. Via a points system, they offer the following advantages: free seats, drinks or delicacies. In the regions, Kinepolis and CGR cinemas also often offer the same kind of good deals. The only drawback is that you have to consume a lot (purchases of tickets, sweets, etc.) in these stores to generate enough points to obtain free tickets.

Don't neglect private sales. Good deals on cinema tickets are very common on sites such as Groupon or Vente Privée and Showroom Privé. Often listed by city, these deals can save you up to 70% off the regular fare ticket price. So don't miss them!

It regularly happens that certain restaurants or fast food restaurants such as McDonald's or Quick set up contracts with neighboring cinemas which allow their customers to buy a menu for around 10 or 11€ in which a cinema ticket is also sold. This can be interesting for a dinner party! It should be noted that certain other restaurants also allow, after a meal, to buy cinema vouchers for less than the usual sale price. In general, these brands promote these menus on their storefronts or inside the restaurant.

The Film Festival, which generally takes place at the end of June or the beginning of July, is the perfect opportunity to take advantage of cinema tickets at bargain prices. For four days, the ticket is in fact sold for €4 (excluding supplements and special screenings). This operation has existed since 1985 and fills up every time everywhere in France. In the same way, the Printemps du Cinéma, which takes place the third week of March, also allows you to take advantage of a preferential rate of €4 per screening (excluding supplements and special screenings) for three days in participating cinemas. Depending on the city where you live, different cinemas can also organize specific and one-off operations. They are numerous and take place throughout the year. Do not hesitate to take a look at the site of the National Federation of French Cinemas to keep up to date with the latest operations.

You may not have known it, but cinema prices are not fixed according to cities and regions. Each room has, apart from a few details, its own pricing. So choose your cinema wisely by comparing the price lists before rushing into a dark room. If the prices at the big operators put you off, why not try your luck at the independent cinemas? Their prices vary between 6 and 10€ for the normal price. If you are not particularly keen on the release date of a film, but simply a fan of cinema, the Forum des Images and the Cinémathèque française in Paris are made for you. By offloading €6 or €6.50, you will have the opportunity to attend high quality screenings and sessions.

There are many festivals dedicated to cinema in France throughout the year. Some festivals, like the one in Alpe d'Huez, have a free entry policy. Within the limit of available seats, you will therefore have the possibility of attending a screening of an upcoming film. Other festivals offer to see films at preferential rates. This is particularly the case with the Télérama Festival, which returns in January to the highlights of the past year's films with tickets at the price of €3.50. Same principle for the festival Les Incontournables UGC which offers to see the important films of the past year at the single price of 3.50€.

Cheaper than anything, the contest is the best way to get places without opening your wallet. Film distributors and partner media often give places to win on their websites or on social networks. Participate and you might be one of those lucky few.

For employees who have a social and economic committee (formerly works council), the latter often offers advantages concerning cultural outings. Among them, cinema tickets at reduced prices. Depending on the priorities of the members of the CSE, the reduction on cinema tickets can be more or less interesting: from 3-4€ reduction on the ticket or even more depending on the case. This still represents a significant saving for heavy film consumers.

Every Tuesday from 8 a.m., Orange makes tens of thousands of spaces available to its customers. This is what the brand calls the Orange Cinéday. Customers who register then receive a code which allows them to obtain a free seat for a purchased seat. Perfect for a couple session. Note, however, that this offer is only valid on Tuesdays and only for Orange customers.

If you are an early riser, this good plan is for you: the morning screenings offer the possibility of seeing the price of your seat drop to around €6 to €9 depending on the room. These offers are available before 12 p.m. at MK2, UGC, CGR and Gaumont-Pathé.

Children have access to the cinema at a reduced price. Of all the tariffs in force, it is the one for children under 14 that is the cheapest in France. However, it varies according to the brands and the location of the rooms. Count 6€ for a place under 14 at Gaumont Pathé and around 5€ at UGC, Mk2, Kinepolis, Mégarama and CGR. These reductions are applicable upon presentation of valid proof.

Teenagers and young adults are also a privileged target for cinemas, which are redoubling their efforts to attract them. Note, for example, unlimited subscriptions for those under 26 (see above) but also lower prices per session than the full price. Some brands, such as Gaumont-Pathé, no longer apply per-view prices for those under 26, favoring prices for students or their CinéPass under 26s. Among those who still practice this price, there is a wide variation in prices depending on the brands and the rooms, but count between 7 and 8€ for a place under 26 years old. However, be prepared to show valid proof to take advantage of the discount.

Student status also offers the possibility of paying less for cinema tickets. Some brands, such as Gaumont-Pathé, do not offer discounts for those under 26 but do offer discounts for students between €8 and €9. On presentation of your student card for the current school year, the price of the seat varies greatly depending on the brand and the location of the room, but the usual price of a seat at the student rate is in average around 7 or 8€.

Among the many reductions linked to the Imagin'R transport card in Ile-de-France reserved for schoolchildren and students, the one concerning the cinema is a precious advantage to be consumed without moderation. On presentation of your card in Gaumont-Pathé cinemas, you benefit from a ticket at €7.80 all week in participating cinemas. Note that this preferential rate does not take into account the supplements (3D, 4DX, IMAX...) which will therefore have to be paid according to the session. This type of offer also exists in the provinces, in Bordeaux for example, users of the annual TBM subscription benefit from reduced rates at CGR and Mégarama.

Check with your bank if it does not offer offers on the price of cinema tickets. For example, at Crédit Agricole, you can benefit from reductions thanks to the Mozaïc card which, depending on where you live, allows you to obtain three cinema tickets at a reduced rate per month. The BNP Paribas bank also joins forces with the Printemps du Cinéma and the Fête du Cinéma each year to offer its customers and prospects vouchers during the cinema event.

A system set up to give access to a wider cultural offer for young French people aged 18, the Pass Culture can very well make it possible to buy cinema tickets. From the day you turn 18 until you turn 19, the Culture Pass gives you an envelope of €500 to spend via an online application to access a wide choice of shows, museum visits and also cinema screenings. Still being tested, the Culture Pass is only accessible to young residents in certain departments in mainland France and Guyana.

Young people are not the only ones to be entitled to discounts on the price of their cinema tickets, seniors can also benefit from discounts to go see a film at the cinema. The brands generally offer a discount of €2 on the price of the ticket for people over 65 on presentation of proof. However, we invite you to check with your cinema about the period of application of this reduction, it happens that some brands only apply it from Sunday evening to Friday evening.

It happens that the press officers notice the "influencers" on the internet to offer them to attend press screenings or preview sessions. For this, it is better to keep a blog or a slightly exposed Youtube channel where we regularly talk about cinema with passion.

1 How to find leather in V Rising? 2 Pornographic sites: the request to block nine sites... 3 Russia prepared for the food crisis before the offensive... 4 S 5 Eurovision: where and when will the next edition take... 6 Miss France: when will the 2023 election take place? 7 The split of Rioja wines, one step closer 8 Polígono and Distrito Norte present their neighborhood... 9 Acquitted of a brutal beating for which they were... 10 More than 40% of nursing home workers take drugs for... 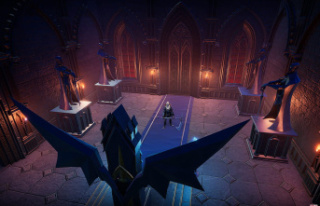