The Participation Council of the Northern District has held an extraordinary session to study and vote on the proposals presented by the neighbors for the investments of the participatory budgets for which this district has an item of 107,458 euros. 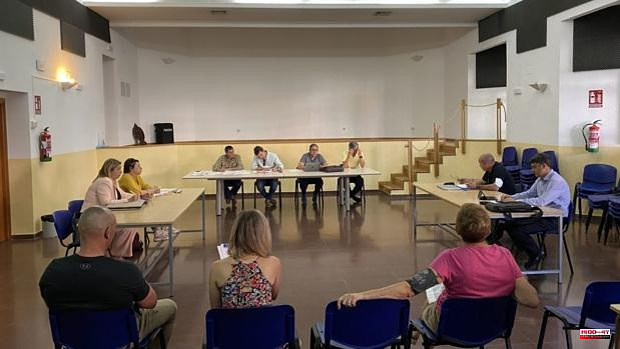 The Participation Council of the Northern District has held an extraordinary session to study and vote on the proposals presented by the neighbors for the investments of the participatory budgets for which this district has an item of 107,458 euros.

In this case, seven proposals have been submitted. One from the 'Río Chico' Neighborhood Association to condition the median of the Madroño avenue; two from the Platform for People Affected by TO 20-21, to change the horizontal signs on these roads, and another to improve the lighting of the streets of Germany and Italy.

The Neighborhood Association 'La Ronda' has presented three initiatives such as the general review that improves the neighborhood parks, with the inclusion of bio-healthy circuits in the Nara park and in the Belgium park; the illumination of the streets of Italy and Germany, and give access to the Park of Belgium to the area of ​​the Ronda de Buenavista, 27.

For its part, the Neighborhood Association of La Legua has proposed the expansion of the neighborhood sports area with the creation of a skate park and a street work out, and a resident of this neighborhood, in a private capacity, has requested the construction of a local pool.

After the vote of the members of the Participation Council to establish the priority of the actions, the proposal of Río Chico to condition the median of the Madroño avenue came out in the first place, in second place the installation of new signage in the TO 20- 21, the third the sports area of ​​La Legua and the fourth, the global refurbishment of the Buenavista parks proposed by 'La Ronda'.

For its part, the Participation Council of Santa María de Benquerencia has addressed the nine proposals submitted by neighborhood associations and individuals from Toledo to allocate the 122,639 euros of municipal budget corresponding to the Polígono within the framework of participatory budgets.

The 'Progressive Friends of the Polígono' Neighborhood Association has proposed to rehabilitate the dirt road parallel to Vía Tarpeya, the installation of a multi-sports court in the fifth phase of the neighbourhood, and the construction of a footbridge over the TO-23 at the height of the streets Río Arlés and Río Valdemolinos. To these three proposals are added those of the 'El Tajo' Neighborhood Association, the first of them for the installation of educational radars in different areas of the neighborhood such as Alberche street, another to have passable fountains for the summer season in those areas of greater pedestrian traffic such as Paseo Federico García Lorca or Parque de la Luz and the vicinity of the new University Hospital, and a third to rehabilitate plot M1-1 located on Calle Río Arlés as a leisure area and green space.

Likewise, three projects have been presented by men and women from Toledo individually. One of these initiatives proposes the placement of a prefabricated shed in the community garden of the neighborhood for storage of tools and for use as a changing room; another to illuminate the pedestrian walkway that joins the residential area with the industrial area on the TO-23, both in the urban and in the artistic and monumental areas; and a last one so that lampposts are installed in a very specific area of ​​the Lineal park, after the velodrome and the soccer field.

Once this extraordinary council has been held, the following proposals, in this order, and some of them with the same number of supports, have been prioritized after a vote by the members of this participatory body: installation of educational radars and lighting of the Linear Park; rehabilitation of dirt road in Vía Tarpeya; rehabilitation of plot M 1-1 and lighting of the pedestrian walkway that connects the residential area with the industrial area; walkable fountains and multisport track; walkway over the TO-23 and a prefabricated shed for the community garden.

The technicians will have until June 30 to inform each of the selected proposals that will be executed from July to December, once their technical feasibility has been assessed.

1 Acquitted of a brutal beating for which they were... 2 More than 40% of nursing home workers take drugs for... 3 Mónica Oltra asks to appear in the case to stop her... 4 Seizure at the wheel: a driver causes an accident... 5 The Prosecutor's Office asks to disqualify a... 6 The president of the CSD asks Rubiales for explanations 7 Legislative: PS deputy Jérôme Lambert benefits from... 8 Belgrade is burning: bomb threats, Greek hell and... 9 Acciona, FCC and ACS, the three most valuable Spanish... 10 “Arlette”, starring Maripier Morin, will be released... 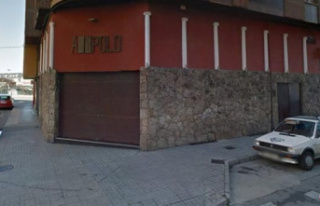 Acquitted of a brutal beating for which they were...