The president of the Pontevedra Provincial Council is silent on the 'in-law case'. 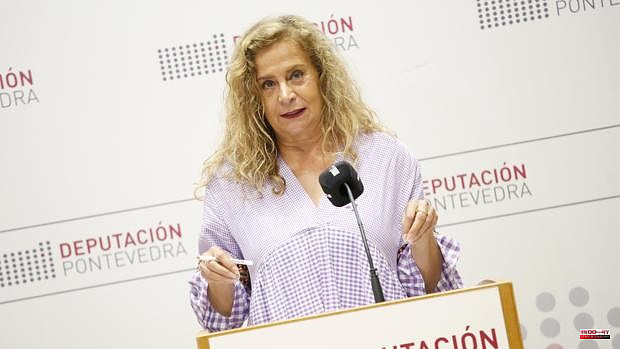 The president of the Pontevedra Provincial Council is silent on the 'in-law case'. The provincial entity held its ordinary plenary session this morning and then the extraordinary plenary session by court order. The popular group tried to get Carmela Silva to explain who she gave the order to hire her relative irregularly at a concessionaire of the Vigo City Council, as confirmed by the Supreme Court in a final judgment. But he got no answers. Neither Silva, nor the socialist group, nor the BNG intervened, so the plenary session was settled in less than four minutes, leaving a battery of unanswered questions in the air. They were not even heard over the Internet. Just when the popular spokesman Jorge Cubela was going to take the floor, the streaming of the Diputación was cut off.

«Everything I had to say I already said repeatedly, I have nothing to say. I am ashamed of these people, they are indecent”, Carmela Silva limited herself to answering, in reference to the PP, before the media at the exit of the plenary session. "We are totally sad and disappointed with the low democratic quality that exists in this Provincial Council," the spokesman for the popular and mayor of Cerdedo-Cotobade, Jorge Cubelo, later assured. Cubelo considered that Silva once again "laughed at the institutions and the citizens and she is totally reviled to continue as president of the provincial institution." After considering that Carmela Silva has "grotesquely disrespected the citizens of the province of Pontevedra," Cubela asserted that the silence she continues to maintain "is a clear conviction of political guilt." The popular deputy also censured that the broadcast on the Diputación's YouTube channel was cut off. “No plenary session ever crashes in its streaming broadcast and we see that it crashes precisely in the middle of the debate,” he criticized. From the BNG, César Mosquera also justified his silence in plenary. «You have to have a sovereign political indecency for there having recently been a sentence that condemns Mr. Louzán for his activities as president in the Diputación, neither the PSOE nor we present any debate on that here, because we understand that judicial processes have to be resolved judicially» he explained. “And it turns out that something that does not affect the Provincial Council at all, nor does it have anything to do judicially with the person questioned, is brought here. But well for the PP everything is worth », he asserted.

Just before Cubela had intervened in the plenary to try to clear up some questions surrounding the 'case of Sister-in-Law'. In December of this year, the Supreme Court considered it proven that a municipal official from the Vigo City Council and the manager of a concession company plugged Vanesa Falque, Carmela Silva's sister-in-law, into the latter. Both received prison sentences. According to the sentence, Falque received a salary for five years (in total an amount of 108,000 euros) without even going to work. But the investigation never determined which political position gave the order and the president of the Pontevedra Provincial Council was never charged, nor did she testify in the case even as a witness. "Mrs. Silva, can you still say that you did not know anything about all this and that you did not give the order of the plot?" asked the popular spokesman. «Did you know that her sister-in-law benefited from her without going to her job through a municipal concessionaire? (...) What did they talk about at family meals? », asked Cubela without anyone answering.

The PP had been waiting for months to launch these questions. The extraordinary plenary session had been requested in December after the ruling of the Supreme Court was known, which ratified a previous one from the Pontevedra Court issued already in 2019. But the provincial institution did not approve it, so the popular ones resorted to justice. Last week, the Contentious-Administrative Court number 2 of Pontevedra ordered, in a ruling dated Wednesday, to convene the extraordinary plenary session. Everything was resolved in just four minutes.

1 The municipalities can now request the 12 million... 2 The Board would like Núñez to have "as much... 3 Sánchez and Calviño meet with Bill Gates with energy... 4 Collaboration with Latin American police forces "is... 5 The Generalitat Valenciana approves a public job offer... 6 The City Council will invest 74,000 euros in fixing... 7 The tenor Roberto Alagna plants the Liceu for a musical... 8 The transporters predict demands to the Foral Government... 9 Barcelona suspends the opening of supermarkets and... 10 The mother of the young women murdered in Pakistan... 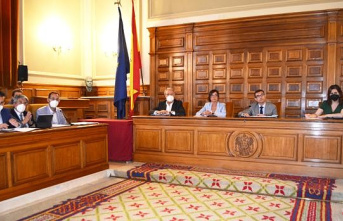 The municipalities can now request the 12 million...