The City Council will invest 74,000 euros in fixing the path of San Jerónimo from the effects of the storms

The spokeswoman for the Toledo Government team, Noelia de la Cruz, reported this Friday on the agreements approved by the Local Government Board this week, among which the award of the refurbishment works on the San Jerónimo road stands out. 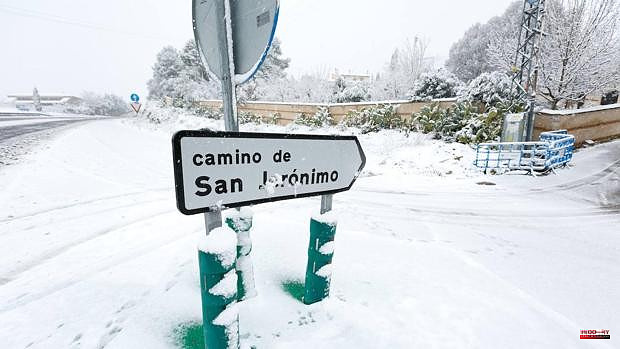 The spokeswoman for the Toledo Government team, Noelia de la Cruz, reported this Friday on the agreements approved by the Local Government Board this week, among which the award of the refurbishment works on the San Jerónimo road stands out. "A commitment of the mayor Milagros Tolón with the residents of this area whose pavement was affected by the weather events experienced in recent months, such as Filomena and DANA", explained the spokeswoman. The action, which has been awarded to the company Soluciones Integrales Reunidas SL, for an amount of 74,088.31 euros (VAT included), "includes intervening in just over a kilometer of track in order to restore the functionality lost after the storms ».

The execution period is two months once the work begins.

In terms of works and services, the project has also been approved and the contracting file started for the project to improve energy efficiency in the Santa Bárbara sports pavilion, 80% co-financed by the Feder through the DUSI Strategy. The budget for the tender is 220,000 euros (VAT included) and the expected duration of the works will be 4 months.

At the same time, the file for the contracting of the Service of withdrawal, transport and management of the sludge generated in the biological treatments of the wastewater treatment plants has been initiated. The base budget for the tender is 49,500 euros (VAT included) for a period of 6 months.

Also, as Noelia de la Cruz has told, the Local Government Board has given the green light to the expansion and improvement works of the sanitation network in Reyes Católicos street for an amount of 14,298.40 euros. The Tagus company, concessionaire of the service, will be in charge of executing the project.

On this matter, he wanted to specify that the historical tiles in the section in which action is currently being carried out, from Calle del Ángel to Calle Pintor Matías Moreno, have been removed with the intention of replacing them "probably" in the same place where they were. "It is being technically evaluated," he specified. The problem with these tiles, which could date back to the 15th century, is that "they had no concrete slab underneath to support the pieces" and this caused water leaks. What is being done by the City Council is to fix this problem and reinstall these historic tiles “in the same area, but in a better way. And in the parks and gardens section, the Governing Board has given its approval to the contract for the additional clearing of green areas for this year with a budget of 94,446 euros (with VAT).

With a view to the Big Week of Corpus Christi in Toledo, the collaboration agreement between the Toledo City Council and the Association of Florists of the Province of Toledo has been approved for the floral decoration of the processional route of Corpus Christi 2022. The Consistory's contribution It is 58,000 euros, Noelia de la Cruz has stated.

Likewise, the Governing Board has accepted the classification agreement of the bidders who have participated in the award process for the contracting of the Installation of chairs on public roads for the Corpus Christi procession, with Ángel-Abraham Hernández Sánchez's offer being the only presented and accepted. The base budget for the tender is 1,000 euros (VAT included).

In this regard, the spokeswoman for the local Executive has indicated that it will be in the next few days when this contract is awarded and the sale of tickets for the chairs of the procession on Thursday June 16 will start. Once it occurs, you will find out through the usual municipal information channels.

In another order of things, the local government has authorized the contract to carry out the Digital Training Program for the elderly for better access to digital public services. This program, which has a bidding budget of 36,720 euros, is co-financed by the Feder and the duration is 6 months.

And as reported by Noelia de la Cruz, the collaboration protocol between the City Council and the Ingeus entity for the development of a training program for employment and green entrepreneurship has also been approved.

On the other hand, in the ordinary session this week, the Local Government Board has authorized the Civertold company to install the Summer Cinema in the auditorium of the Las Tres Culturas park for the 2022 season. In relation to this matter and to questions of the media, the spokeswoman has advanced that portable toilets will be installed to offer this service to attendees, since those in the auditorium will be conditioned within the reform that the local government will make in the Parque de las Tres Culturales announced yesterday by the mayor.

Among other matters, a budget of 13,648.80 euros has been approved for the commemorative activities of the 40th Anniversary of the Statute of Autonomy of Castilla-La Mancha, and approval has been given to the request presented by the Neighborhood Association «La Voz del Barrio”, the Governing Board authorizes the celebration of the Fiestas del Barrio de Palomarejos, which will take place from June 1 to 5 in different areas of the neighborhood.

Lastly, the Local Government Board has authorized the contract for private civil and property liability insurance for the City Council and its autonomous bodies with a base bidding budget of 130,000 euros (with VAT), a duration of one year and an extension of 2 plus.

1 The tenor Roberto Alagna plants the Liceu for a musical... 2 The transporters predict demands to the Foral Government... 3 Barcelona suspends the opening of supermarkets and... 4 The mother of the young women murdered in Pakistan... 5 Covid causes 71 deaths and more than 5,000 infections... 6 A 20-year-old man was arrested as the alleged perpetrator... 7 AR-15, the protagonist rifle of the shootings of the... 8 Luquero, in his farewell: "We can make a positive... 9 Amendment to the entire “country pact” of the... 10 The judge files the case against the mayor of Almonacid... 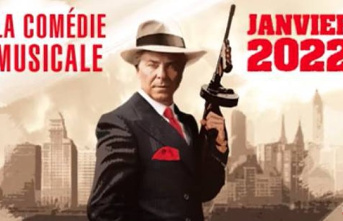 The tenor Roberto Alagna plants the Liceu for a musical...