The Italian tenor Roberto Alagna and his wife, the Polish soprano Aleksandra Kurzák, were to star next January at the Gran Teatro del Liceo in Puccini's opera 'Tosca', staged by the Sevillian Rafael R. 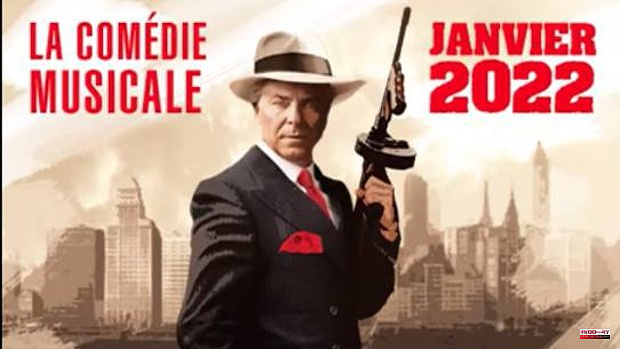 The Italian tenor Roberto Alagna and his wife, the Polish soprano Aleksandra Kurzák, were to star next January at the Gran Teatro del Liceo in Puccini's opera 'Tosca', staged by the Sevillian Rafael R. Villalobos. The coliseum announced it on April 5 as one of the highlights of the season, but last Monday it published a laconic statement on its social networks, in which it stated: «Roberto Alagna and Aleksandra Kurzak have felt incapable of embodying their respective roles in this staging of 'Tosca' and have finally decided to withdraw from the project». Michael Fabiano and Maria Agresta will replace the marriage as Mario Cavaradossi and Floria Tosca. Behind the decision is, officially, the disagreement with the staging. The tenor's agenda, however, raises reasonable suspicions about the real reason for this cancellation.

The Villalobos production premiered at the La Monnaie theater in Brussels in June 2021, and is a co-production with Liceo, the Teatro de la Maestranza in Seville and the Montpellier Opera. In Puccini's opera, the political and religious powers collude so that the famous actress Floria Tosca renounces her affair with the painter Mario Cavaradossi and agrees to lie with Baron Scarpia. The story ends with Mario being tortured and shot, and Floria jumping from Castel Sant'Angelo, next to the Vatican.

Villalobos' rereading proposes a parallelism between the protagonist couple and the filmmaker Pier Paolo Passolini, brutally murdered in 1975 on the beach of Ostia. To do this, the Sevillian uses various elements such as the paintings by the painter Santiago Ydáñez relating to María Magdalena and Judith and Holofernes, as well as quotes from Passolini's latest film, 'Saló or the 120 days of Sodoma'. In addition, there are nude extras on stage.

After the statement from the Lyceum, Alagna gave an interview to the Italian website 'Connessi all'Opera', in which he was pleased with Villalobos. In it, he assured that he was totally unaware of the production until a friend of his showed him a video. About Passolini's film, he couldn't be clearer: "Years ago I tried to see it, but I was so disgusted that I took the videotape and threw it in the trash, which has never happened with other films." It is not surprising, then, that he calls Villalobos' staging "incongruous" and regrets that "Passolini becomes the protagonist of the story." In addition, he affirms that Kurzak and himself did not want "to be hostages of a project where it is about violence, sadomasochism, pedophilia and nudity (although in the end the nudity is the least serious)".

Alagna assures that the Liceo theater offered to speak with Villalobos to make adjustments, and even change the production for another, but the couple declined the offer, out of respect, he says, for the stage director himself: "He had a contract and certainly, like all of us, right to work; We didn't want to create any more problems and animosities, so we withdrew from the project."

But Alagna leaves out one detail. On March 14, two weeks before the Liceu announced its new season, the legendary Parisian cabaret Folies Bergère published on its social networks a video of the tenor announcing what would be his debut in the field of musicals, as the protagonist in the premiere of 'Al Capone' by Jean-Félix Lalanne. Several specialized international media echoed this during the first days of April. Performances will begin on January 28. If he had maintained his participation in 'Tosca', the singer would have remained in Barcelona until the 20th of that same month, so that he would hardly have had time to prepare for the role before arriving at the dress rehearsal. There are ninety performances scheduled for 'Al Capone', since it will be on the bill until May. Consulted by ABC, Villalobos has declined to position himself and the theater has not responded to the request for information in this regard.

1 The transporters predict demands to the Foral Government... 2 Barcelona suspends the opening of supermarkets and... 3 The mother of the young women murdered in Pakistan... 4 Covid causes 71 deaths and more than 5,000 infections... 5 A 20-year-old man was arrested as the alleged perpetrator... 6 AR-15, the protagonist rifle of the shootings of the... 7 Luquero, in his farewell: "We can make a positive... 8 Amendment to the entire “country pact” of the... 9 The judge files the case against the mayor of Almonacid... 10 The Tagus River, with the innocent eyes of the children... 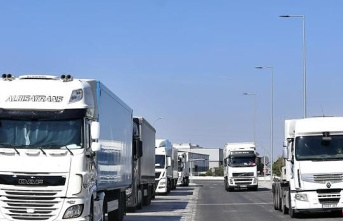 The transporters predict demands to the Foral Government...