The Generalitat Valenciana approves a public job offer for 23,000 places

The Generalitat Valenciana has approved this Friday the three extraordinary public job offers (OPE) with nearly 10,000 places in Health, more than 9,000 in Education and almost 4,000 in Administration to reduce the temporary employment of officials below ten percent. 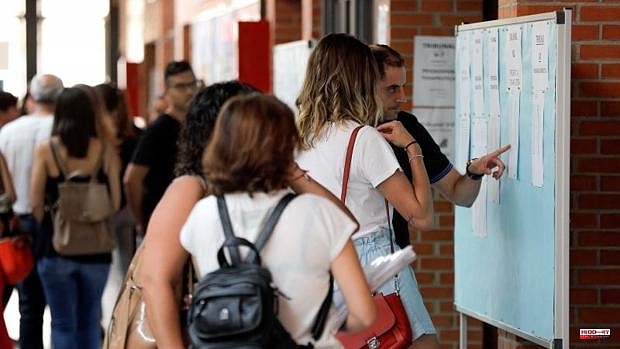 The Generalitat Valenciana has approved this Friday the three extraordinary public job offers (OPE) with nearly 10,000 places in Health, more than 9,000 in Education and almost 4,000 in Administration to reduce the temporary employment of officials below ten percent.

In her weekly appearance, the vice president spokesperson, Mónica Oltra, explained that these processes announced a few days ago by President Ximo Puig, are possible thanks to the state law to stabilize public positions, which dictates that the calls must be published before the next June and completed before the end of 2024.

Oltra has highlighted that many places "simply" are stabilized through competition, not competition-opposition, with the aim of reducing the "very large rate" of temporary employment in the Valencian Community.

The Universal Health Ministry includes the places adapted to Law 20/2021 on the reduction of temporary employment (9,736) and those of the OPE of 2022 (151). The decree thus adapts the approved and pending OPEs and gives the green light to the 2022 offer.

Of the health posts offered in adaptation of the state law, the Official Gazette of the Generalitat has already published the OPEs for 2019 (replacement rate), 2020 and 2021 with a total of 5,461 posts offered. It is necessary to take out the call for the execution processes.

In the Ministry of Education, Culture and Sport, it is about the offer of non-university teaching staff corresponding to 2022, within the stabilization included in the state law. The call does not involve an increase in spending.

These places, currently occupied temporarily or provisionally, amount to 9,152. 7,555 places will be announced through exceptional merit competition and the other 1,597 through opposition competition and non-eliminatory tests.

Ten percent of these vacancies, up to 915, will be reserved for people with functional diversity of 33% or higher, provided they pass the tests. The selection process derived from this OPE will be convened before the end of the year.

Finally, in the general administration of the Generalitat, the extraordinary OPE contemplates 3,827 places with the intention of reducing temporary employment to 8%. Up to 3,088 will be for stabilization processes, of which 2,514 will be covered by contest (without exam) and the rest by contest-opposition.

Also included are 739 for internal promotion and, in general, a reserve of 131 for people with functional diversity. The call is added to the selection processes underway to cover 5,490 places.

From Conselleria they point out that the sum of both procedures supposes the coverage of 8,578 positions, which supposes "the greatest process of recruitment of human capital of the Generalitat since the 80s".

Currently, the Valencian civil service has 9,667 interim people, of which 8,310 are in structural positions. It has a workforce made up of 19,072 workers, including career civil servants, interim officials and labor personnel.

1 The City Council will invest 74,000 euros in fixing... 2 The tenor Roberto Alagna plants the Liceu for a musical... 3 The transporters predict demands to the Foral Government... 4 Barcelona suspends the opening of supermarkets and... 5 The mother of the young women murdered in Pakistan... 6 Covid causes 71 deaths and more than 5,000 infections... 7 A 20-year-old man was arrested as the alleged perpetrator... 8 AR-15, the protagonist rifle of the shootings of the... 9 Luquero, in his farewell: "We can make a positive... 10 Amendment to the entire “country pact” of the... 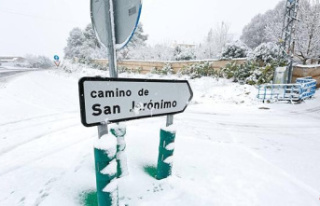