The municipalities of the province of Toledo can now request the 12 million euros that the Toledo Provincial Council has allocated this year to the Current Expenditure program of the Toledo municipalities, after the Governing Board approved the bases of this initiative on Friday Last week and at the beginning of this week the application submission period was opened. 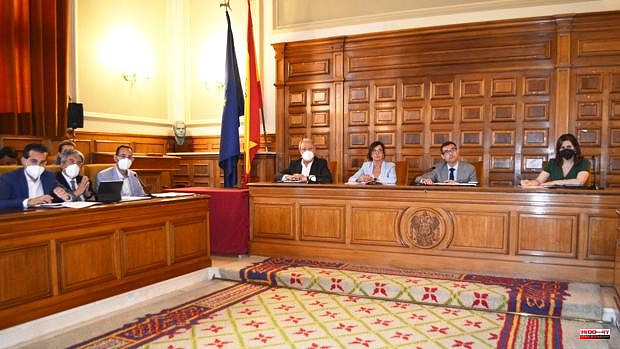 The municipalities of the province of Toledo can now request the 12 million euros that the Toledo Provincial Council has allocated this year to the Current Expenditure program of the Toledo municipalities, after the Governing Board approved the bases of this initiative on Friday Last week and at the beginning of this week the application submission period was opened.

This was announced by the spokesman and vice president of Cooperation, Infrastructure, Finance and Budget, Santiago García Aranda, before the ordinary plenary session began this Friday.

A call for the Current Expenditure program that Santiago García Aranda has described as "very important" because "what it is about is subsidizing all municipalities in the province of Toledo with fewer than 50,000 inhabitants to support and help them in the provision of both compulsory and non-compulsory services.

It is therefore about financing “the implementation by the municipalities of policies and actions for social and economic recovery after both the pandemic and now due to the impact that the war in Ukraine is having.”

An economic item that already experienced a notable increase in 2021 with the 10 million that was endowed and that in 2022 the Government of Álvaro Gutiérrez has increased again by 20%, reaching those 12 million euros that are made available to the Toledo city councils and which once again set a record figure in this program that is so important for municipal management.

«This increase -explained the spokesman and vice-president of the Diputación- what it intends is to help the town councils to be able, among other things, to better withstand the difficulties that the price increase is causing them, which not only we citizens are suffering, but also the administrations.

During this period for presenting applications for Current Expenditure, the municipalities present their subsidy proposals specifying the public services to which they want to allocate these funds and the Provincial Council grants them the corresponding amount, being resolved within a month, as explained García Aranda, who specified that the fundamental criterion for granting aid is the different sections of the population.

The plenary session of the Diputación de Toledo has unanimously approved all the points included in the agenda of the political groups represented in the institution, specifically the general account for the financial year 2021 of the Diputación de Toledo and its autonomous bodies; the addendum to the collaboration agreement with the Official College of Administrative Managers of Toledo; and the modification of the regulatory ordinance of the public price for stays and services in the 'Santa María de la Cabeza' University Residence.

The vice president and spokesperson for the Provincial Council, Santiago García Aranda, has referred to the approval of the general account for the year 20221 of the Toledo Provincial Council and its Autonomous Provincial Tax Management Body (Oapgt), as well as the affiliated consortiums of Fire Extinction (Cpeis) and Environmental Public Services (CSPM-A) to explain that they are "the numerical expression of all the management of the Diputación de Toledo throughout the past year".

The general account, approved unanimously, García Aranda pointed out, "as was already the case in its approach and planning, it has been exposed to the public during the periods established by the regulations, not having had any type of claim or objection", having been supported both in the Information Committee on Cooperation, Infrastructure and Finance.

A modification of the regulatory ordinance of the 'Santa María de la Cabeza' University Residence, dependent on the Provincial Council, has also been unanimously approved, which includes the possibility of opening the residence not only to university students, but also to vocational training students. who attend Higher Degree Cycles.

The vice-president and spokesman, Santiago García Aranda, highlighted the novelty of the measure, justified in that «Vocational Training is becoming more and more important in terms of the extension of studies, extending over the years and demanding more and more more mobility on the part of the students, which has led us to open the possibility so that the students of the Higher Degree of Vocational Training can stay in the “Santa María de la Cabeza” University Residence.

The agreement for the approval of an addendum to the collaboration agreement with the Official Association of Administrative Managers of Toledo (Cogat), for the transfer of information on mechanical traction tax, has also received the support of all the deputies.

It is about speeding up the collection action carried out by the Oapgt by delegation of the municipalities, with the possibility granted to the Cogat to obtain, through another non-face-to-face channel, the payment letters to make the deposit of the outstanding debt by the Traction Vehicle Tax Mechanics (IVTM) for vehicle transactions, normally second-hand.

1 The Board would like Núñez to have "as much... 2 Sánchez and Calviño meet with Bill Gates with energy... 3 Collaboration with Latin American police forces "is... 4 The Generalitat Valenciana approves a public job offer... 5 The City Council will invest 74,000 euros in fixing... 6 The tenor Roberto Alagna plants the Liceu for a musical... 7 The transporters predict demands to the Foral Government... 8 Barcelona suspends the opening of supermarkets and... 9 The mother of the young women murdered in Pakistan... 10 Covid causes 71 deaths and more than 5,000 infections... 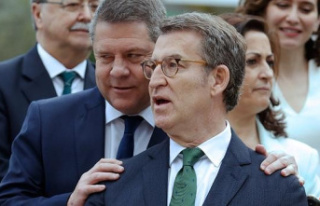 The Board would like Núñez to have "as much...