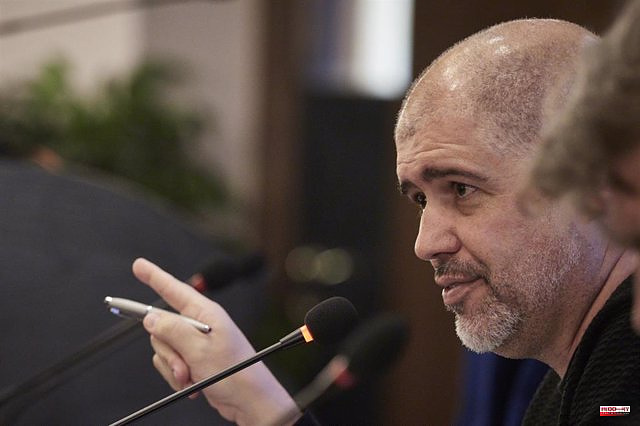 The secretary general of the CCOO, Unai Sordo, stated this Thursday that the CCOO "is not going to feed or stop feeding any political project" nor is it linked "logistically and intellectually" to any political party in Spain.

At a press conference to present the 'new' CCOO May 1 Foundation, Sordo responded in this way when asked about the political space that the Second Vice President of the Government and Minister of Labor, Yolanda Díaz, will promote under the name of 'Sumar' .

The union leader has indicated that, in his opinion, the two left-wing spaces that are presumed for the next elections, that of the PSOE and the Díaz project, have to reach the next elections "in the best conditions." "But until then. The union is not going to be linked to any party in Spain," he insisted.

However, he has stated that the CCOO does want to play a role in generating ideas and frames of thought that "do have a political derivative." It is about, he said, influencing the cultural battle that is taking place in society and that causes workers who barely earn 1,000 euros to vote for parties that advocate reducing taxes on high incomes, for not raising the minimum wage or for eliminate a tax, that of Patrimony, which will never affect them.

"With their votes they shoot themselves in the foot. Their configuration of ideas is not so much linked to the material description as to other elements of a cultural or identity type. That worries us, not because we are going to present ourselves in the elections, but because It is essential that the union is able to generate a current of thought, a broader union discourse", he pointed out.

That is where Sordo believes that the renewed May 1st Foundation can be a determining factor in getting out of "the dictatorship of everyday life," because on a day-to-day basis "it is difficult for the union to raise its eyes to see how it tells the people that there has to be a progressive tax system".

The new Fundación 1º de Mayo, the result of the merger of the Forem, Istas and Fundación 1º de Mayo foundations, will be directed by Fernando Lezcano, a CCOO trade unionist who has held various positions of responsibility in the organization throughout his career.

In this new stage, the Foundation is configured as a kind of 'think tank', that is, "a reference space with which the union will make contributions to the battle of ideas" in today's society.

Among other things, the Fundación 1º de Mayo will publish a demographic study every two years, something similar to a "labor CIS", which will shed light on what workers think of their working conditions.

Part of this study will be prepared within the union, but another part will be outsourced "to avoid any shadow of doubt about the reliability of the data", in the words of Fernando Lezcano.

1 Ancelotti: "I am happy because we are in the... 2 Legislative: a relative of Xavier Bertrand in the... 3 Belarra tenses the Government by demanding the emeritus... 4 Bildu is left alone in his rejection of the European... 5 First case of monkeypox in Sweden 6 Movement 7 They call for partial strikes in urban transport in... 8 The video with the last images from 1970 of the Fonda... 9 Electricity fraud in Castilla-La Mancha represents... 10 The 2022 Book Fair: "a journey" and some... 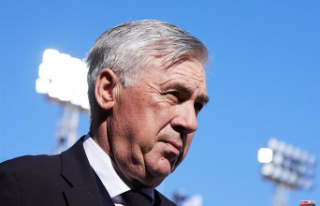 Ancelotti: "I am happy because we are in the...