The works council for urban transport in Guadalajara has called, starting next Monday, May 23, partial strikes of four hours in the morning and four hours in the afternoon, indefinitely, due to the lack of agreement with ALSA in the negotiation of the new collective agreement. 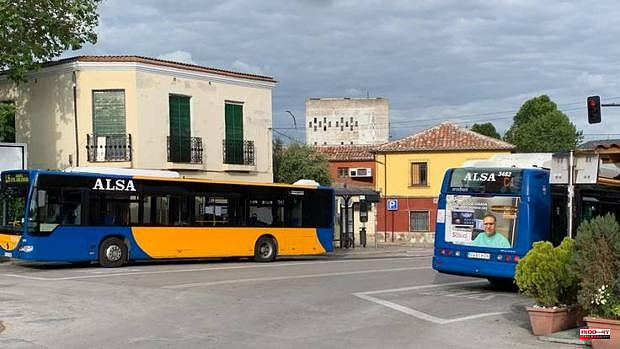 The works council for urban transport in Guadalajara has called, starting next Monday, May 23, partial strikes of four hours in the morning and four hours in the afternoon, indefinitely, due to the lack of agreement with ALSA in the negotiation of the new collective agreement.

This was announced at a press conference by the president of the Works Committee, Joaquín Toledo, accompanied by the rest of the committee members, all of them from USO, who stated that it is a decision supported by the entire workers assembly (85 in total) in the face of "discontent" with the company

The biggest handicap -according to Toledo- lies in the issue of paid leave, as well as in the moment of starting to collect the proposed salary increases, which although the company intends it to be from April, the committee's proposal is that they begin to receive from the same day January 1.

In the event that the strike is not finally called off due to lack of agreement, the partial stoppages will be from 6:00 a.m. to 10:00 a.m. and from 2:00 p.m. to 6:00 p.m., four hours in the morning and four in the afternoon, time during which only the minimum services will work, which according to the president of the committee are estimated at 50% of the bus fleet.

The ALSA staff has been dissatisfied for a long time. The collective agreement ended last December and in the months that they have been negotiating it has not been possible to reach any agreement. "We have run aground especially with the economic issue, we feel used by the company," Toledo pointed out.

From the committee they believe that as the current award of the transport service ends on April 31 and the city council is already negotiating the new specifications, ALSA wants to press for said specifications to come out earlier. "He wants to confront us with the City Council to pressure and that the specifications come out before", he stressed.

In addition, they also consider that negotiating under these conditions, without knowing if this company is going to continue or not, is another inconvenience. Hence, his approach has been to assess an agreement only until 2023.

For Toledo, it is clear that they have no choice but to go on strike because in the mediation the company has gotten off the hook with an even lower offer than the one initially raised.

At the press conference, the president of the committee also complained about the poor conditions in which they had to carry out their work during the pandemic; without partitions during the first months on the buses, getting them to be placed after a complaint before the inspection.

Similarly, he has demanded that services be provided for drivers, something that has been especially hard during the pandemic, and specifically, during confinement, at which time even the bars were also closed.

“We are not asking for anything crazy, neither in economic conditions nor in paid services”, Toledo has influenced.

For his part, the mayor of Guadalajara, Alberto Rojo, asked about this issue in an appearance before the media, has recognized the strike as a right that workers have and that "must be respected" but has specified that the consistory "is pending and busy" on this matter, hoping that both parties will reach an agreement before next Monday. He knows that "work is being done on that line", he concluded

1 The video with the last images from 1970 of the Fonda... 2 Electricity fraud in Castilla-La Mancha represents... 3 The 2022 Book Fair: "a journey" and some... 4 Ancelotti: "We are where many others would like... 5 The PP accuses the Valencia City Council of being... 6 War in Ukraine: Russian soldier tried for war crime... 7 Scotland Yard ends partygate investigation with 126... 8 The miracle of Mykola, the Ukrainian who was tortured... 9 France team: Kamara called, Giroud and Pogba absent 10 Seven out of ten foods became more expensive by more... 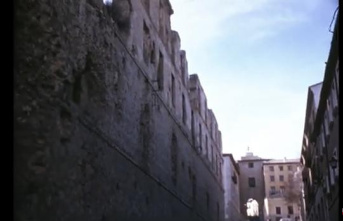