Although with certain criticisms for its legitimacy and its "political use", all the Basque parties except EH Bildu have supported this Thursday the report that the European Parliament approved a month ago on the 379 ETA crimes that remain unsolved. 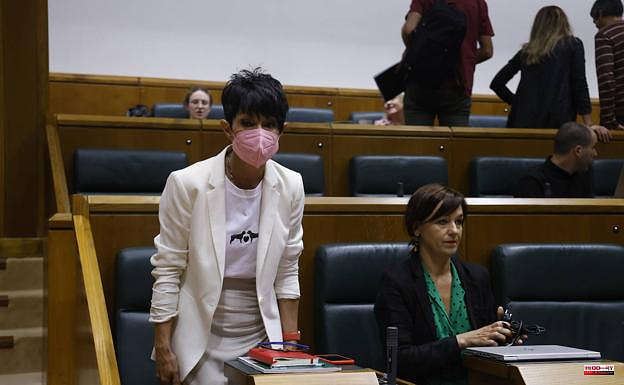 Although with certain criticisms for its legitimacy and its "political use", all the Basque parties except EH Bildu have supported this Thursday the report that the European Parliament approved a month ago on the 379 ETA crimes that remain unsolved. The nationalist coalition has been left alone in its outright rejection of both the document and the delegation of MEPs that visited Euskadi at the end of last year, it has questioned its true intentions and has even questioned that the number of murders at the hands of the gang terrorist who have not yet been clarified in court is so high.

The plenary session of the Basque Parliament debated an initiative by which PP Cs intended to urge the Government of Iñigo Urkullu to deal with the report in the Basque Council for the Participation of Victims of Terrorism and to adopt measures to carry out the recommendations that were included in it . Instead, the text that has ended up being approved has been an amendment by PNV, PSE-EE and Elkarrekin Podemos-IU which, although it does not include either of these two aspirations, has also had the endorsement of PP Cs and Vox al « value the effort» of the European Parliament and «take into consideration the interest shown» with the document.

Both jeltzales and purples have criticized the "instrumentalization" by the popular of a sensitive issue and have denounced that the delegation of MEPs did not want to meet with either the Basque Government or Parliament to learn about public policies on the clarification of crimes. "They consciously and voluntarily refused despite repeated offers," lamented Iñigo Iturrate (PNV). Thus, together with the Socialists, they have agreed on a compromise amendment in which they transfer to the European Parliament their "willingness to work together in defense of the rights of victims."

But beyond the criticism of the forms, one and the other have reached a minimum understanding to express "their maximum appreciation" to the victims "of all political motivations", applaud the efforts of the institutions and promote the right to the truth. All except EH Bildu, who has voted against all the points. The parliamentarian Julen Arzuaga has disdained the report for being "an opinion", has branded the delegation of MEPs as "a self-consumption mission" that brought the "verdict" in advance and has questioned the number of cases: "The associations of victims do it (the calculation) from pain, but not from objectivity».

The rest of the political forces have criticized the position of the pro-sovereignty coalition, which has rejected points in the initiative that went far beyond the report itself and spoke of recognizing the victims. «Basque society continues to demand consensus from us that killing was wrong, that any violation of human rights was and will be wrong. Consensus in the construction of coexistence, memory and peace”, said Iñigo Martínez, from Elkarrekin Podemos-IU. The socialist Miren Gallastegui added that EH Bildu "has many things in his hands that he can do", such as the definitive end of the 'ongi etorris' in which "assassins are received with clapping and cheers".

1 First case of monkeypox in Sweden 2 Movement 3 They call for partial strikes in urban transport in... 4 The video with the last images from 1970 of the Fonda... 5 Electricity fraud in Castilla-La Mancha represents... 6 The 2022 Book Fair: "a journey" and some... 7 Ancelotti: "We are where many others would like... 8 The PP accuses the Valencia City Council of being... 9 War in Ukraine: Russian soldier tried for war crime... 10 Scotland Yard ends partygate investigation with 126... 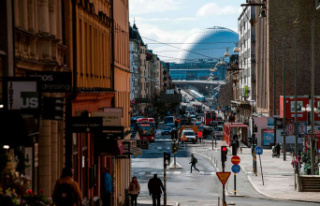 First case of monkeypox in Sweden