The Royal Academy of Fine Arts and Historical Sciences of Toledo has published a new recording through the Toledan Historical Film Archive, the YouTube channel that has been available since the beginning of 2021. 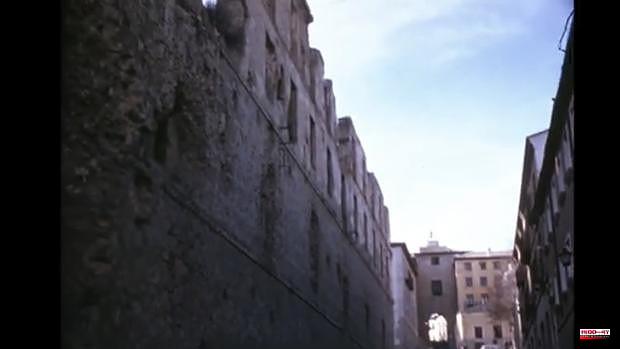 The Royal Academy of Fine Arts and Historical Sciences of Toledo has published a new recording through the Toledan Historical Film Archive, the YouTube channel that has been available since the beginning of 2021. These are the last images of what was the famous Fonda de la Caridad del Cardenal Lorenzana, shortly before its demolition. As explained by this institution, "this enormous building, located between Calle Cervantes and the Alcázar, dates back to 1780, the date on which Cardinal Lorenzana acquired the site once occupied by the church of San Juan de los Caballeros and by the palace of the Order of Saint John of Jerusalem, to erect the Fonda de la Caridad there as complementary works to the Casa de la Caridad that it had installed in the Alcázar.

This building, -which is currently occupied by a large housing development and also by the headquarters of the Delegation of the Junta in the province of Toledo-, fulfilled its function until in 1846 it passed into the hands of the army, which carried out profound reforms in the same for its adaptation to military uses. In 1936 the building housed the Provincial Military Government and its proximity to the Alcázar made it the target of bombs and machine guns during the civil war, leaving it in a state of great deterioration.

The images in this video were recorded in 1970 by Guillermo Santacruz, municipal architect and full academician of the Royal Academy of Fine Arts and Historical Sciences, shortly before the definitive demolition of the building for the construction of houses on its large site.

1 Electricity fraud in Castilla-La Mancha represents... 2 The 2022 Book Fair: "a journey" and some... 3 Ancelotti: "We are where many others would like... 4 The PP accuses the Valencia City Council of being... 5 War in Ukraine: Russian soldier tried for war crime... 6 Scotland Yard ends partygate investigation with 126... 7 The miracle of Mykola, the Ukrainian who was tortured... 8 France team: Kamara called, Giroud and Pogba absent 9 Seven out of ten foods became more expensive by more... 10 MMA: it's official, the UFC will organize its... 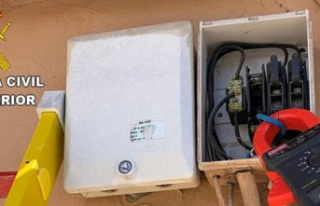