From May 27 to June 12, narrower booths but that the restrictions are only those of common sense. 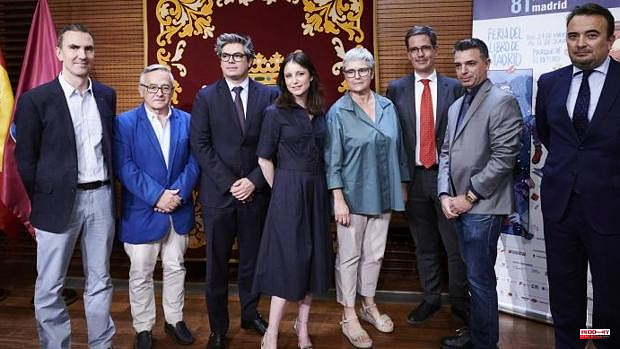 From May 27 to June 12, narrower booths but that the restrictions are only those of common sense. After last year's anachronistic Fair, with the September skies, the Book Fair returns one more year, the salvation of many bookstores and also the Cibeles Catwalk of the consecrated. Although, above all, the peak event of Madrid culture. Or in the words of the Delegate of the City Council, Andrea Levy, the consecration of the «cultural spring».

The data is the data, 378 booths for 423 exhibitors gives an idea of ​​the magnitude of the event. To this must be added the more than four hundred planned acts that will be established around various themes: women, the environment and also the promotion of reading in all areas.

The new director of the Book Fair, Eva Orúe, has influenced this, and has reserved the Carriage Ride on June 5, Environment Day. The book as a supporter of the sustainable, one could say. And the book also as a journey, as St. Augustine already said in the words of the director, that "the world is a book and those who do not travel only read a page." Hence this year's motto: "Browse the world."

The Fair is learning from its mistakes and its successes. In the short time that Orúe has had to articulate an event that is a World Heritage Site (this is how it was registered in the Landscape of Light candidacy) they have not wanted to “make big changes”, but they have made some significant ones: the main one, the disappearance of the public address system. There are also planned tributes to the most recent gone, Domingo Villar or Almudena Grandes, and other centenarians such as Pepe Hierro, José Saramago and so on.

Everything, in addition, between reading championships for the little ones, a "battle of storytellers for teenagers" and the call to write haikus to the Retiro magnolia tree.

And we have to go back to the data. Madrid is the region of Spain that leads, in the words of the regional vice-counselor of the branch, Daniel Martínez, "the ranking of reading population". With the figures, from the printer to the distributor, from the bookseller to the publisher, what that represents.

The Fair, and the accent has been placed on this in its official presentation at the Town Hall, is also its significance in the rhythm of the city. Perhaps because, as Levy has confessed, "Madrid is a literary character."

1 Ancelotti: "We are where many others would like... 2 The PP accuses the Valencia City Council of being... 3 War in Ukraine: Russian soldier tried for war crime... 4 Scotland Yard ends partygate investigation with 126... 5 The miracle of Mykola, the Ukrainian who was tortured... 6 France team: Kamara called, Giroud and Pogba absent 7 Seven out of ten foods became more expensive by more... 8 MMA: it's official, the UFC will organize its... 9 Ligue 1: Guilavogui's "feeling of shame"... 10 Buffalo killing spree: death broadcast live, the impossible... 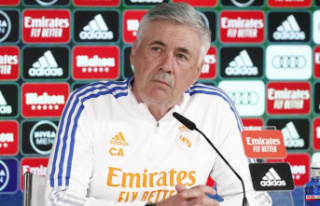