Sergio González: "It's a big downturn because we lose dependence on ourselves" 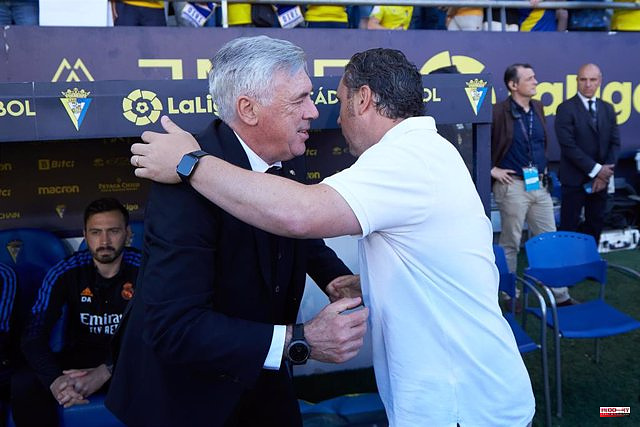 The coach of Cádiz, Sergio González, stressed that this Sunday's draw against Real Madrid was "a big downturn" because Mallorca's victory made him lose "depending" on himself on the last day to save himself, but he appealed to "Raise your head, work and win in Vitoria".

"It's a big downturn because of what it means, because we lose dependence on ourselves. At the qualifying level it hurts us a lot, but anything can still happen because this is sport," González said after the game in statements collected by the web. from Cadiz.

The Cadista coach has no doubt that both Osasuna and Espanyol will try to perform at their best against Mallorca and Granada, their rivals for relegation. "I understand that Osasuna is a strong rival, that they always show their faces, that they always try to be as high up as possible, and Espanyol, with the new coach, will try to do it. We will fight to win in Vitoria", he pointed out.

"I think the team deserved to depend on itself on the last day, but we have no choice but to finish with a victory and, from there, let the situation happen to keep us going. It's time to get up and go for the Alavés", added the Catalan coach.

Sergio González acknowledged that they signed "a very good game" in which it was difficult for them to be "so on top" of Real Madrid "in the last few minutes" because they had done "a very great job". "In the second half we had the penalty, but we didn't put it in, and in the last minutes it seemed that we couldn't. We generated and we weren't successful", he admitted.

"That hasn't happened, but Mallorca has scored in the end. We have tried, the team has given everything, but it couldn't have been the victory. There is no other choice but to raise our heads, work, win in Vitoria and hopefully football will bring us Give back what you took from us today", stressed the Cádiz coach, grateful for "the reception" of his fans before the game. "I feel even worse for them, they deserved to finish with an important win at home," he said.

1 Karanka: "We are much better than a month ago,... 2 Javier Aguirre: "There was a dose of luck and... 3 Real Madrid-Valencia and Betis-Barcelona, ​​semifinals... 4 Turnaround targeted for August: Ukraine slows down... 5 No hit, but a win 6 PSG: "My choice is almost made", voted best... 7 Galán seeks the support of Qatar in the emir's... 8 Mbappé: "My choice is almost done" 9 Legislative: Dordogne walkers denounce the investiture... 10 3-2: Antequera's feat dwarfs Valdepeñas 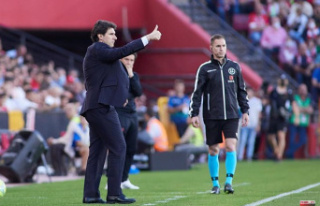 Karanka: "We are much better than a month ago,...