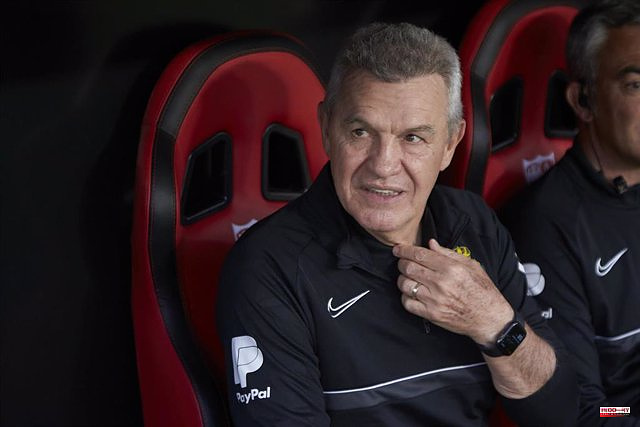 The coach of Mallorca, Javier Aguirre, celebrated the necessary "dose of luck" in football and more so when you have to cling to the category, as the Balearic side did this Sunday with their victory in the 92nd minute over Rayo Vallecano, in the penultimate day of LaLiga Santander.

"Luck and the referees don't train with us from Monday to Saturday, so we can't excuse ourselves for that. Obviously things are better sometimes than other days, that if a post, a penalty, the factor that affects although not You want it. Today there was a dose of luck and we depend on ourselves, "he said.

The coach of the Palma team confessed that the second half did not look good, but Abdón's goal gave them life for the last day. "We came out of the second half gripped and when we conceded the goal, a draw didn't help. It would have been fair but we found one and luckily we're still alive," he said.

"Emotional moments are lived, the second part Rayo put us in our goal and the panorama looked a bit dark. We knew that it was going to be suffered, the people did not stop supporting. I remain with the communion of the fans with the team and with the reaction," he added.

The Mexican coach explained that he was not attentive to other results and, whether or not the rivals play on the last date, nobody will be able to rest easy. "Rayo nobody can say that they came here to give nothing away and they were already with their objective fulfilled. Osasuna is not going to give us anything, neither Alavés to Cádiz, nor Espanyol to Granada," he said.

"I've been here for 14 seasons and it's a trick for you to be aware of other results. You have to do your thing and in the end look at the results," he added, happy for Abdón. "A boy from home, who feels and lives the colors, professional and dedicated. He shows and deserves it, he is with his people," he confessed.

The Balearic team will play it next Sunday against Osasuna, a special club for Aguirre. "I spent four wonderful years and it opened the door to Spanish football for me. In our first nine games we lost six, swimming to Mexico, and here I am," he concluded.

1 Real Madrid-Valencia and Betis-Barcelona, ​​semifinals... 2 Turnaround targeted for August: Ukraine slows down... 3 No hit, but a win 4 PSG: "My choice is almost made", voted best... 5 Galán seeks the support of Qatar in the emir's... 6 Mbappé: "My choice is almost done" 7 Legislative: Dordogne walkers denounce the investiture... 8 3-2: Antequera's feat dwarfs Valdepeñas 9 Another fatal shooting in the United States 10 At least one dead in a shooting at a California church 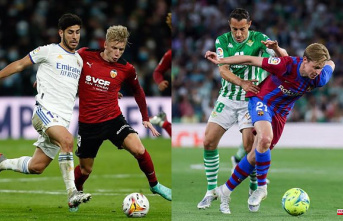