The Russian troops can record minor successes over the weekend. 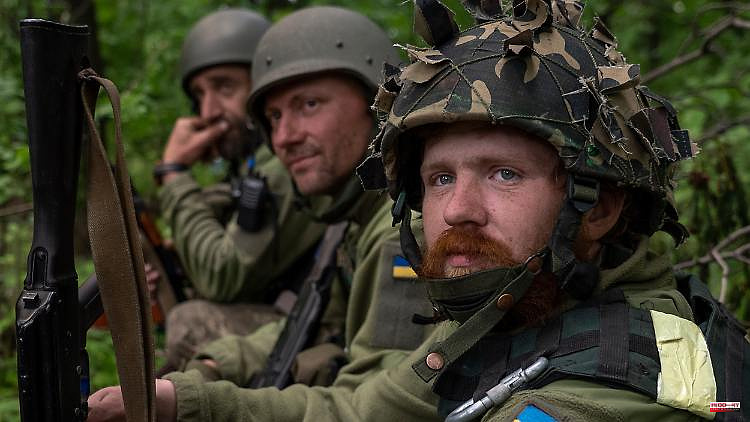 The Russian troops can record minor successes over the weekend. But the losses seem to outweigh the losses. A whole battalion is said to have refused the attack. In the second half of August, Ukraine plans to turn the tide.

Ukrainian troops have been able to slow down the Russian advance in the east of the country with fierce resistance, but Moscow's troops are keeping up the pressure. "We are preparing for major offensives in Severodonetsk and on the Lysychansk-Bakhmut road," said the governor of the Luhansk region, Serhiy Gaiday, on the weekend. The Russian army, according to its own account, destroyed several military targets in the Donetsk region and also attacked the western Ukrainian region of Lviv again.

Previous attempts to encircle Severodonetsk had been repelled by the Ukrainian soldiers, Gajdaj explained. At the same time, he described the increasingly difficult humanitarian situation in the Luhansk region: "There is absolutely no gas, no water and no electricity." On the border with Donetsk region, on the side of the city of Popasna, fierce fighting is going on.

For three weeks, Russian forces have been trying unsuccessfully to cross a river near the village of Bilohorivka. According to the governor, the Russian troops suffered heavy losses of soldiers and equipment.

The Ukrainian side learned from intercepted telephone conversations "that an entire Russian battalion refused to attack because they saw what was happening." Aerial photos showed dozens of destroyed armored vehicles on the riverbank, as well as wrecked pontoon bridges.

The British Ministry of Defense said the Russian army suffered heavy casualties after Ukrainian forces repulsed their attempt to cross the river. The maneuver speaks "for the pressure under which the Russian commanders are to advance their operations in eastern Ukraine".

According to regional governor Maxym Kosytsky, four Russian missiles hit military infrastructure in the Lviv region near the border with Poland. According to the information, there were no casualties and the Ukrainian army claims to have destroyed two cruise missiles in the region. Lviv was last hit by Russian rockets on May 3.

According to information from Moscow, several high-precision rockets were fired at two Ukrainian command points and four artillery ammunition depots near Zaporizhia, Konstantinovka and Novomikhailovka in the Donetsk region on Sunday night. The Russian Air Force also destroyed two rocket launchers from the S-300 systems and a radar system in the Sumy region, the Defense Ministry said in Moscow. Russian air defense systems also destroyed 15 Ukrainian drones in the Donetsk and Luhansk regions.

British military intelligence assumed that Moscow was suffering severe losses in eastern Ukraine, which is why the offensive had "lost momentum". The Russian battle plan is "significantly behind schedule," according to intelligence sources.

Russia "probably suffered casualties of a third of the ground combat force deployed in February," it said. Under current conditions, Russia is unlikely to significantly accelerate its rate of advance over the next 30 days.

Meanwhile, Ukraine reported successes from the north of the country: According to the Ukrainian General Staff, the Russian armed forces had to withdraw from several towns north-east of the city of Kharkiv.

The head of Ukraine's military intelligence service, Kirilo Budanov, predicted a military "turning point" in the conflict in the second half of August. Before the end of the year, the war would end with a defeat for Russia, he declared.

1 No hit, but a win 2 PSG: "My choice is almost made", voted best... 3 Galán seeks the support of Qatar in the emir's... 4 Mbappé: "My choice is almost done" 5 Legislative: Dordogne walkers denounce the investiture... 6 3-2: Antequera's feat dwarfs Valdepeñas 7 Another fatal shooting in the United States 8 At least one dead in a shooting at a California church 9 Price of electricity, today May 16: the cheapest hours... 10 boredom and laziness 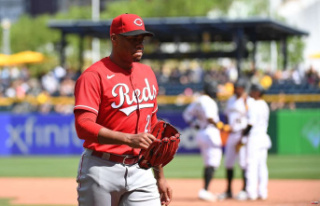