We still don't know where Kylian Mbappé will play next season, but he will certainly be present at the 2023 UNFP Trophies, either to succeed himself or to try to succeed Karim Benzema, elected this year's best Frenchman abroad. 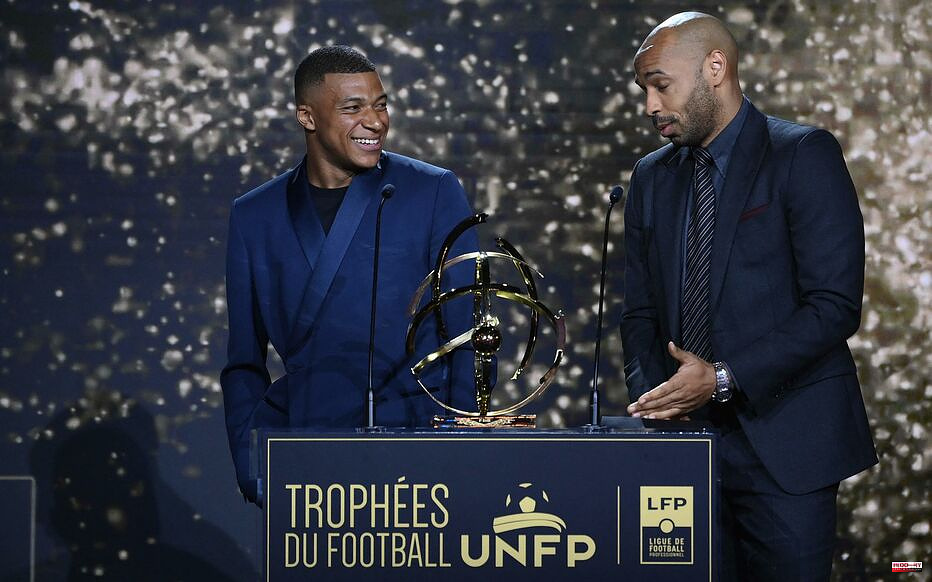 We still don't know where Kylian Mbappé will play next season, but he will certainly be present at the 2023 UNFP Trophies, either to succeed himself or to try to succeed Karim Benzema, elected this year's best Frenchman abroad. As expected, the PSG striker, with his 25 goals and 17 assists, was voted the best player in Ligue 1. And as expected, the 2018 world champion did not deliver any tangible clues about his future. destination.

Thibault Le Rol, the presenter of the evening in the company of Marina Lorenzo, on the stage of the Pavillon Gabriel tried to pull the worms out of him, but unlike 2019 when Mbappé had made the buzz with his declarations on his desires "to 'elsewhere and responsibilities', the current top scorer in the championship said nothing. Or almost nothing.

“I made the mistake three years ago of wanting to take over this ceremony, so I will stay in the spirit of thanking everyone. But we will know very quickly, it is almost over. My choice is almost made, ”explained the PSG star. A little later, in front of the media, he conceded that he should deliver his decision before the gathering of the Blues is most certainly in the week following the last league match, May 21 against Metz.

Under the eyes of a visibly very moved Marquinhos, Mbappé above all shared his satisfaction at being elected best player in the championship by his peers for the third consecutive time. "It's always a great pleasure to be here, and an honor that's why I insisted on coming (Editor's note: with PSG), he commented. Winning three times is amazing. We had a somewhat difficult season, but we recovered our title. This year, I felt this respect, this recognition, and I continue my story, I am never satisfied. »

A way of looking ahead to the last match against Metz, next Sunday at the Parc des Princes, and towards his last two individual goals: namely the title of top scorer and best assistor, unheard of in Ligue 1. hope for a great party with the supporters next week, that's what we've been missing a bit lately. But it is true that it is the stake of the match, he declared. If I can grab everything I'm not going to deprive myself. I have very high demands on a personal level, and you have to constantly improve and push the ceiling a little more. »

As a fine technician, the Bondynois avoided the trick question on the 200 goals of Cavani, the record holder in the jersey of PSG. “You have to respect what he did at PSG. It is something incredible. PSG is a young club but it has known great players. Being part of this circle is already a privilege, I am very happy to be in this top 3.”

Two hours earlier, Mbappé had arrived among the last at the ceremony, strapped in a brand suit, in the company of his father and his little brother Ethan. He then watched the show stuck in the very front row between Ronaldinho and Thierry Henry.

Ladies and gentlemen: your Team-Type of @ligue1UberEats 2021/2022! An emoji to qualify this team?

1 Galán seeks the support of Qatar in the emir's... 2 Mbappé: "My choice is almost done" 3 Legislative: Dordogne walkers denounce the investiture... 4 3-2: Antequera's feat dwarfs Valdepeñas 5 Another fatal shooting in the United States 6 At least one dead in a shooting at a California church 7 Price of electricity, today May 16: the cheapest hours... 8 boredom and laziness 9 Sevilla certifies the Champions League and Real Sociedad... 10 Hybrid shareholder meetings are here to stay 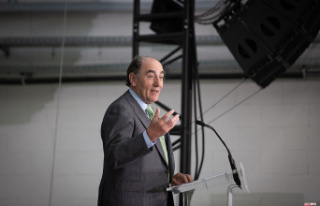 Galán seeks the support of Qatar in the emir's...