Rodolfo Hernández, an 'outsider' in the presidency of Colombia?

Colombians found out about Rodolfo Hernández at the end of 2018 because of a slap in the face that went viral on social networks. 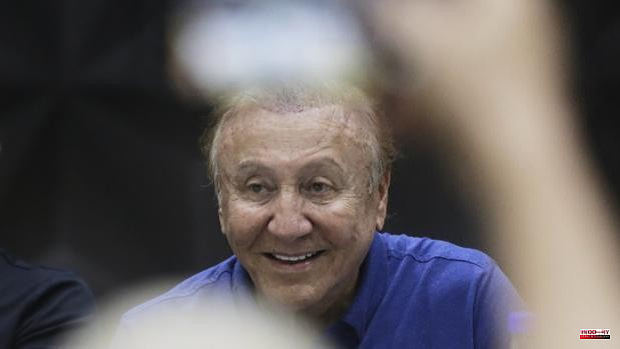 Colombians found out about Rodolfo Hernández at the end of 2018 because of a slap in the face that went viral on social networks. In the famous video, the then mayor of Bucaramanga is seen and heard rebuking a councilman, whom he accuses of being a liar and a sellout. It looks like a reality show, with cameras pointing and even the presence of a police officer. The setting, an office in his own home, where the tension rises to the point of rudeness and the famous blow to the councilman.

Vociferous, without false political manners, this engineer born in 1945, in the bosom of a peasant family, continues to hit the traditional political class and encourage his voters and those curious about this political phenomenon through social networks.

'El viejito', as Rodolfo Hernández Suárez is called, dealt the first major blow to the political class of Bucaramanga, capital of the department of Santander and the fifth most important city in the country, when with a difference of only 4,470 votes he remained with the mayor of the city, thus breaking decades of hegemony of the Liberal Party or of very entrenched and questioned electoral clans.

His political career is fragmented, unlike his career as a builder, which began in 1970, after obtaining an engineering degree from the National University of Colombia. He immediately began to work in the construction of social interest housing, the foundation of a fortune close to 100 million dollars, according to what he has said. In 1972 he formed the company that has made him a millionaire, HG Constructora, and over the years it has expanded to a few other regions of the country.

Although 'outsider', he is no stranger to politics. His first steps were taken at the beginning of the 70s, in Piedecuesta, a city in Santander where he was born. There he was elected Councilor, while building his personal estate. He returned to the same position in 1990, from which he was dismissed in 1991 by the Attorney General's Office for signing contracts with the State despite holding public office. This earned him dismissal by the National Electoral Council, a sanction confirmed in 1994. However, like everything outlandish about him, his allegation even today is that he has no blemish -unlike his opponents- because as he was never formally sworn in, he there is room for punishment. Of course, he left his substitute in the seat to have influence in the Council.

Practical, casual when speaking, with a campaign carried out in pajamas and being the perfect character for memes and very popular on networks, he is recognized for having made a mayor's office that democratized access to public tenders and the hiring of officials based on merit and not simply political outlet. And most significantly, he took Bucaramanga out of the fiscal deficit, leaving it with a balance in favor of more than 10 million euros. All his management was transmitted by Facebook, using the networks, as he has done now, to reach people.

These credentials and being the option for thousands of Colombians fed up with the political class have contributed to his rise and a possible second place on May 29, despite the trial to which he has been formally summoned by the Prosecutor's Office for fraudulent hiring when he was mayor, a legal entanglement in which one of his four children born from his marriage to Socorro Olivero, an expert businesswoman in real estate, is involved.

But people don't seem to care. What thousands are looking for is to give a precise blow to the national political class. If he wins the pass to the second presidential round, Hernández will be able to collect the vote of the center right and right, but first he will have to fine-tune a government program that today has 76 pages and little substance beyond anti-corruption actions and promises. Colombia is too big for the businessman and it will not be enough to "kick out the corrupt", as he has promised in that reality show that he lives as a successful and skillful businessman, but little knowledge of the reality of the country.

1 Bachelet's guarded trip to "Xinjiang Potemkin" 2 Northern Ireland, the smokescreen with which Johnson... 3 "Bachelet's choreographed visit to Xinjiang... 4 Paris and Berlin hope for a release on Russian oil... 5 “We are in shock; their brothers adored them» 6 José Mourinho, a “Special one” specialist in... 7 Congress knocks down the PP's attempt to lift... 8 Top Gun: Maverick, Future Crimes… The films to see... 9 Switch Mobility requests the building license for... 10 Blanco defends that "women's rights are... 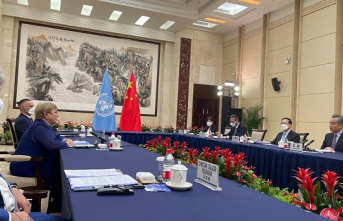