The United Nations High Commissioner for Human Rights, Michelle Bachelet, is already in Xinjiang to investigate the accusations of "genocide" in the Chinese province. 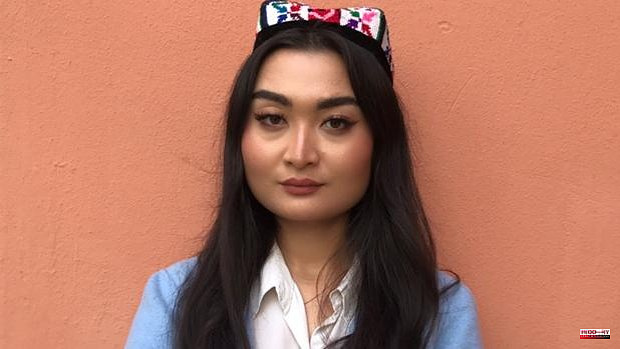 The United Nations High Commissioner for Human Rights, Michelle Bachelet, is already in Xinjiang to investigate the accusations of "genocide" in the Chinese province. Her historic visit, however, is not good news for the NGOs that from exile defend the persecuted Uyghur ethnic group. Quite the contrary. The World Uyghur Congress represents a platform, described as a "terrorist organization" by the Communist Party, which brings together most of them. His spokesman, Zumretay Arkin, exposes his criticism in conversation with ABC.

What is the position of your organization regarding this trip?

We have been asking for a visit since Michelle Bachelet took office, but it should be independent, without restrictions, to study the serious human rights violations that have occurred in the region.

We know that this will not be the case, that is not what the High Commissioner has agreed with the Chinese Government. He has clearly stated that this is a friendly visit seeking mutual understanding. The Communist Party will choreograph the entire visit, which will be used as a propaganda tool. In these terms, it is bad news that can cause more damage.

What conditions should the UN mission meet to be credible?

The High Commissioner will visit a few locations and will do so accompanied by government representatives. How is she going to ensure the safety of the people she talks to? Will you be able to interview the victims? Will he be able to see the destroyed mosques and cemeteries? The factories where Uyghurs are employed as forced labor? And the reeducation camps? Probably not, and if it does it will be those that the Government has remodeled. In previous visits by diplomats and foreign press, the authorities prepared a show and forced the detainees to dance. That does not serve to know the repression that takes place there.

A consortium of international media has today published a material that includes photographs and personal information of more than 5,000 victims.

These types of revelations are very important because they represent a confirmation of a reality that we have known and experienced for a long time. Also a painful reminder of the suffering of our families. Because of censorship, there is not much material available to illustrate the genocide, something that, for example, in the war in Ukraine is being very useful to facilitate investigations. Some of the images published today show fourteen year old girls, what crime could they have committed? All of this information goes to show that Xi Jinping himself has launched a systematic campaign to eradicate the Uyghur identity.

The World Uyghur Congress organized a protest two weeks ago outside the UN headquarters in Geneva. Bachelet has never granted them a personal meeting.

We've met with her team, but not with her. You should listen to all sides, because of course you are listening to the Chinese government. Bachelet must sit down with the people who defend this cause and have testimonies to share. He owes it to the victims. He is part of taking responsibility, and she has failed to do so.

The repression is less obvious, but other measures have deepened it. In 2017, the government began sending representatives of the authorities to live with Uyghur families to supervise their intimate lives. In 2019, a campaign of forced sterilizations began in southern Xinjiang, which is why the birth rate has experienced a dramatic decline, something that according to the UN definition constitutes genocide. It has also created a database with biometric information on millions of people. The region has become a prison where everything is monitored at all times.

The Communist Party has justified what happened as an anti-terrorist campaign. An accusation that he has also used against the World Uyghur Congress.

Of course, there were terrorist attacks in the region, but very few and isolated. To say that an entire group of 20 million people are terrorists does not represent a proportional response. The Chinese government maintains its narrative of fighting terrorism, but the international community already knows that this is not true, that millions of people have been detained for common practices such as traveling abroad. As you say, they consider us a terrorist organization, but for the Communist Party any opposition is terrorism, whether they are Tibetans, Hong Kongers or human rights defenders inside China. Our foundations clearly state that we are a peaceful organization that defends the human rights of the Uyghur people and opposes all forms of violence and terrorism.

What future awaits the Uyghur people and their cause?

The Communist Party has developed a very sophisticated policy to suppress an entire ethnic group, and these people live in hell. But the authorities can no longer hide, there is too much evidence. In the future they will be held responsible for it.

1 Paris and Berlin hope for a release on Russian oil... 2 “We are in shock; their brothers adored them» 3 José Mourinho, a “Special one” specialist in... 4 Congress knocks down the PP's attempt to lift... 5 Top Gun: Maverick, Future Crimes… The films to see... 6 Switch Mobility requests the building license for... 7 Blanco defends that "women's rights are... 8 NBA: Saved from the waters, Dallas closes the gap... 9 NBA: "When are we going to act?", the strong... 10 Premier League: the sale of Cheslea granted by the... 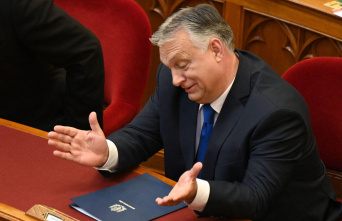 Paris and Berlin hope for a release on Russian oil...