Blanco defends that "women's rights are safer than ever"

First ordinary plenary session of the XI Legislature in the Cortes of Castilla y León. 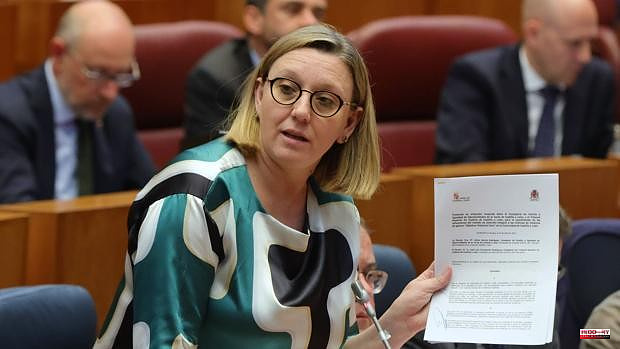 First ordinary plenary session of the XI Legislature in the Cortes of Castilla y León. His president, Carlos Pollán, wanted to put on the bandage before the wound because he saw it coming, so he started the session by begging the honorable Members to "debate and disagree respectfully." He did not help him much because if something was evidenced in the first control questions to the Executive, it is that between the Government and the opposition there is rather little respect and the words and expressions as thick as hard flew over the chamber.

The atmosphere was already heated after the appearance, on Monday, of the Vice President of the Board, Juan García-Gallardo (Vox) in the Parliamentary Commission where he assured that his objective was to make Castilla y León a "maternal" community, while referred to women as "carriers and givers of life."

So the socialist opposition arrived with all the artillery prepared against García-Gallardo himself, to whom, deep down, the questions were directed, although it was the Minister of Family and Equal Opportunities, Isabel Blanco, who was in charge of stopping the offensive. And she didn't have it easy.

The first volley came from the socialist deputy spokesperson, Patricia Gómez, who asked if the Board "is going to be in front of the rights and freedoms of women", thus referring to Gallardo's statement (which, by the way, arrived a few minutes late to the full) that the Board would be "in the face" of the reform of the Abortion Law. Blanco's response: "We will always be there to defend the rights of all the men and all the women of Castilla y León." Later, she specified a little more when pointing out that "women's rights are not in danger, they are safer than ever."

But the PSOE was not convinced by these statements and Patricia Gómez warned García-Gallardo that "we are going to be in front of gentlemen like you" and against his "macho and dandy" comments. "No man is going to come to tell us what women have to be or not be," she cried out and warned: "We are never going to take a step back." The counselor responded by defending the rights "of all" and guaranteeing "equal opportunities between men and women, between the urban and rural world...".

Later, he had to face another attack, that of the socialist prosecutor Nuria Rubio, who asked what his opinion is on "the denialism by his government partner (Vox) of gender violence." Blanco opted for another muletazo: «I do not give an opinion about the opinion of others. They have chosen me to govern, not to give an opinion." But Rubio asked him to "be brave, stop the barbarism of Vox, leave partisan interests behind and side with the victims." And in response to Gallardo's statements, she warned that “we are not vessels. We are free to continue or not with a pregnancy and to love in freedom.

The next scuffle was between the vice president and attorney Noelia Frutos, who asked the vice president about how he thinks women with disabilities should be treated in Castilla y León. The immediate response was that she was "just as good as disabled men." But for the PSOE parliamentarian, García-Gallardo has "aberrant ethics" and does not reach "the soles of the shoes of the women of this land and much less of women with disabilities", who, in this second case "suffer a double discrimination and they have a constant struggle when they collide with people without a hint of empathy ».

The vice president warned that in his response he was not going to be "condescending" and that he was going to treat the prosecutor "like any other person" in reference to his physical disability, a statement that led the parliamentarian of United We Can, Pablo Fernández, to leave the hemicycle visibly angry. Later, the number two of the regional Executive derived his response to abortion to describe the left as "hypocritical" and charge against the laws "of death" that "crush children in the womb of women" and that are undone of fetuses in which a malformation is detected. “They are going to have us up against that,” although he clarified that with respect to legislation, including the right to conscientious objection or data protection.

The afternoon continued with more ideological questions. Fernando Pablos (PSOE) asked about the measures that he planned to adopt by the Board so that the educational system is "free of ideological indoctrination" as stated in the government agreement between PP and Vox. He also insistently asked the Minister of Education, Rocío Lucas, to say if he planned to implement the parental pin in the community as Abascal's formation demands.

Lucas did not respond to this last aspect but defended that what the Board intends is to "combat indoctrination" that Lomloe collects. "We are going to guarantee that education is free and that families can choose," he insisted, since, in his opinion, the central government's Education Law is the "toll" that it has had to pay its partners by including a load "that it does not have to have" and that is reflected in the curricular contents, from which subjects such as philosophy come out or certain periods of the history of Spain or terrorism itself are left out.

1 NBA: Saved from the waters, Dallas closes the gap... 2 NBA: "When are we going to act?", the strong... 3 Premier League: the sale of Cheslea granted by the... 4 NBA: Antetokounmpo, Jokic and Doncic in the five majors... 5 Putin will be in a sanatorium and out of power in... 6 Roland-Garros: in tears, Tsonga applauded by all of... 7 The deadly journey of Salvador Ramos, the 18-year-old... 8 Ligue 1: PSG opens the door to Neymar's departure 9 Feijóo promises to respect and comply with the Constitution... 10 The PSOE knocks down the proposal of Compromís, ERC... 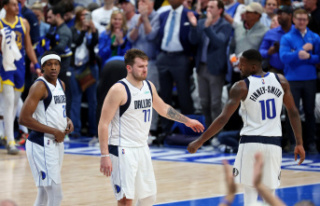 NBA: Saved from the waters, Dallas closes the gap...