It had been 17 years since a UN High Commissioner for Human Rights had visited China. 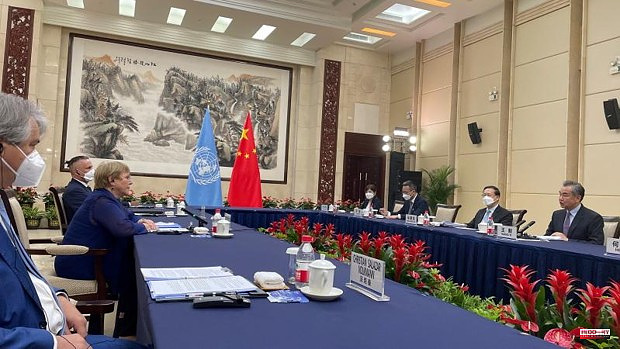 It had been 17 years since a UN High Commissioner for Human Rights had visited China. After a long negotiation, its current head, Michelle Bachelet, visits the Xinjiang region to investigate the complaints about the repression and internment in re-education camps of up to one million Uyghurs to prevent Islamist terrorism. A controversial mission due to doubts about what Bachelet will see and who she will be able to talk to.

Taking into account the opacity of the authoritarian regime in Beijing, and that it will apparently move in an “anti-Covid bubble” that the international media will not be able to cover, everything suggests that it will be a supervised trip to “Xinjiang Potemkin”. In other words, a tour of the region's capital, Urumqi, and its second largest city, Kashgar, orchestrated by propaganda and where Bachelet will not be able to move freely, nor could the WHO experts who tried to find out the origin of the coronavirus last year in Wuhan.

In any case, his vision would not change much if he could go on his own, since the Chinese regime has set up a real police state in Xinjiang where the Uyghurs, permanently watched and threatened, know the risks of speaking openly with a Westerner. This was verified last year by this correspondent during a week-long trip to Urumqi and Kashgar, in which he was followed 24 hours a day by several teams of plainclothes agents. Disguising his presence very little, his goal was not just to keep watch, but to dissuade any attempts to talk to people on the streets or to seek out the re-education camps set up on the outskirts of the cities. Similarly, they try to prevent the taking of photographs of the closed mosques or of the numerous Islamic monuments and destroyed cemeteries, even forcing such images to be deleted.

But what they cannot hide is the "Big Brother" that watches over Xinjiang, with fortified mini-police stations every 500 meters, police patrols with helmets and shields parading through the squares and bazaars, facial recognition cameras to enter buildings, posters of the propaganda everywhere and barriers to access monuments and gas stations. In the Old City of Kashgar, the doors of their adobe houses hang QR codes with the information of the families that live inside so that the Police have them controlled.

Coinciding with Bachelet's visit, an international media consortium, including the BBC and 'El País', yesterday published thousands of police photos of detainees in re-education camps and secret documents that, apparently, have been stolen by 'hackers' computer scientists of the regime's computers.

Bearing an ominous resemblance to the files of prisoners from Nazi concentration camps and the Khmer Rouge genocide in Cambodia, these photos show nearly 3,000 Uyghurs arrested in 2017 and 2018 in a single county. From the dead expression in their eyes, these faces of repression add more questions for Beijing and for the UN on Bachelet's trip to Xinjiang.

1 Northern Ireland, the smokescreen with which Johnson... 2 "Bachelet's choreographed visit to Xinjiang... 3 Paris and Berlin hope for a release on Russian oil... 4 “We are in shock; their brothers adored them» 5 José Mourinho, a “Special one” specialist in... 6 Congress knocks down the PP's attempt to lift... 7 Top Gun: Maverick, Future Crimes… The films to see... 8 Switch Mobility requests the building license for... 9 Blanco defends that "women's rights are... 10 NBA: Saved from the waters, Dallas closes the gap... 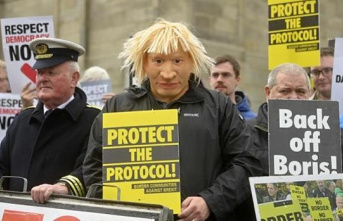 Northern Ireland, the smokescreen with which Johnson...