Northern Ireland, the smokescreen with which Johnson wants to cover up the 'partygate'

Two years and a half. 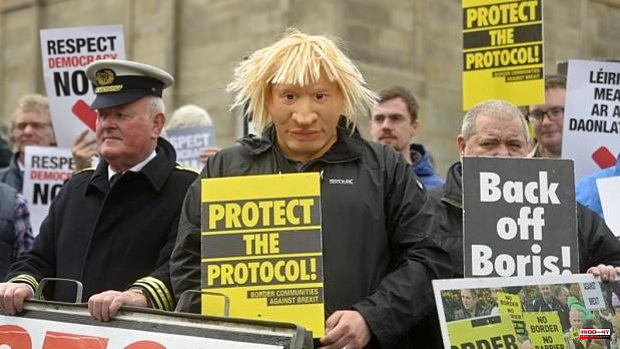 Two years and a half. It is the time that has elapsed since the United Kingdom approved the Agreement to Withdraw from the European Union. In its orders to the European Commission, the British Government —weakened by the 'partygate'— now intends to revive tensions with the EU by throwing the Irish safeguard of the Brexit Agreement to the ground. Boris Johnson seeks to unilaterally modify the Protocol that he himself signed and that he considered a great negotiating success. This would mean jeopardizing the Good Friday Agreements of 1998 and re-establishing a hard border on the island of Ireland after nearly twenty-five years of peace. However, according to some analysts, the intention of the British president is to exert pressure as a political tool to distract from other types of internal problems, even if this implies the escalation of another conflict with the EU by presenting the Protocol as an attack on its sovereignty. .

“Establishing a border again in Ireland will lead to violence and conflict. It means going back forty years in time in relation to peace on the island," Enrique Feás, principal investigator at the Elcano Royal Institute, explains to ABC. The primary stumbling block in the Brexit negotiations was to avoid at all costs erecting a new physical border between the two Irelands that would violate the Belfast Good Friday Agreements of 1998. To do this, it was agreed to move the border to the Irish Sea. As the idea was to minimize controls, the ideal formula was the controversial Protocol on Ireland and Northern Ireland, which entered into force in January 2021 (with the disapproval of the unionists of the DUP).

Sponsored from the outset by the British Government (following the Brexit Agreement that led to the resignation of Theresa May, Boris Johnson opted for a safeguard that would not affect the entire United Kingdom, but only Northern Ireland), the EU, Ireland of the North and the US, the objective was to guarantee, at least, the existence of a customs union between the UK and the EU. Thus, a kind of fiction was created in which Northern Ireland was part of the EU single market that Johnson now wants to break up. “The United Kingdom has always tried to place the responsibility of controlling its border on the European Union and has insisted on not complying with its part of the Protocol,” says Feás.

After the signing of the Withdrawal Agreement (with the Protocol on Ireland), the Cooperation and Trade Agreement arrived to implement a minimum commercial integration between the EU and the United Kingdom. A free trade agreement involving border controls. Johnson, who publicly promised the DUP unionists the opposite of what was signed, denied that these controls would finally be implemented, having to face the riots of unionist groups (April 2021), who felt betrayed. Despite the flexibility of the Commission in minimizing controls, the United Kingdom sought to renegotiate the Protocol so as not to be subject to the supervision of the Court of Justice of the EU. “At no time has the British Government concerned itself with facilitating business for companies; it is a pure topic of principles to generate political excitement. It is demanding from the EU the only thing that it knows it cannot give it: to break the principle of the single market and to renounce the CJEU as the ultimate interpreter of community legislation”, affirms this expert.

In the midst of all this "permanent tug-of-war", the United Kingdom announced the controversial Internal Market Law under the guise of avoiding barriers between British regions. Now, London has returned to the old ways maneuvering to once again grant power to the ministers with which (with the excuse of simplifying the internal trade of the United Kingdom) to skip the mandatory controls in the Irish Sea. To this we must add the recent elections in Northern Ireland in which, for the first time since the division of the island a century ago (1921), the Irish nationalist party of Sinn Féin, in favor of the union of the two, has won. Irelands. The difficulty stems from the clause in the Protocol which establishes that, if there are strong indications that Northern Ireland wants to reunite with Ireland, the British Government is obliged to call a unification referendum. It is early to talk about it, but everything is beginning to move: «What was an unlikely thing a few years ago, no longer seems so impossible. Even though it's far away."

Basically, the United States has assumed the role of the main guarantor of compliance with the Good Friday Agreements of 1998 ahead of the British. Johnson's idea has always been this: leave the EU and have control of its borders, but not allow the same to others. In addition to accepting only the international agreements that suit you. "If the problem was really to make life easier for companies and minimize controls, there would be other ways to minimize them and the Commission has been willing to favor it on several occasions," says Enrique Feás.

If the Protocol is suspended, the Trade and Cooperation Agreement becomes a dead letter because it is based on an exit agreement that must also be respected. The United Kingdom would become involved in a trade war with catastrophic consequences for all of Europe and for strategic sectors such as the automotive industry.

1 "Bachelet's choreographed visit to Xinjiang... 2 Paris and Berlin hope for a release on Russian oil... 3 “We are in shock; their brothers adored them» 4 José Mourinho, a “Special one” specialist in... 5 Congress knocks down the PP's attempt to lift... 6 Top Gun: Maverick, Future Crimes… The films to see... 7 Switch Mobility requests the building license for... 8 Blanco defends that "women's rights are... 9 NBA: Saved from the waters, Dallas closes the gap... 10 NBA: "When are we going to act?", the strong... 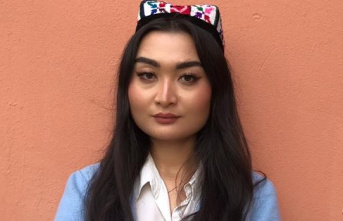