“We are in shock; their brothers adored them»

In the neighborhood of Sant Pere Nord (Tarrasa, Barcelona), where the Abbas family's home is, no one seems to know very well the young women Aaroj and Anissa, aged 24 and 21, murdered in Pakistan for not wanting to continue mired in a forced marriage with her cousins. 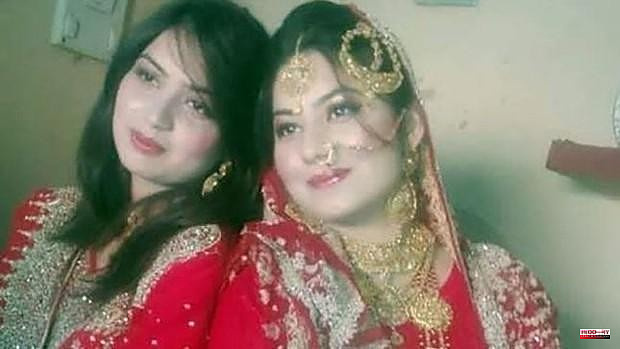 In the neighborhood of Sant Pere Nord (Tarrasa, Barcelona), where the Abbas family's home is, no one seems to know very well the young women Aaroj and Anissa, aged 24 and 21, murdered in Pakistan for not wanting to continue mired in a forced marriage with her cousins. Or they don't want to meet them. And that the area is full of booths, food stores and kebabs in the hands of Pakistanis, Indians and Moroccans. The brutal crime, allegedly committed by his closest relatives, causes stupor and fear. Stupor at the tragic outcome, and fear that the stigma ends up morally condemning the entire community as well.

The grocery store where the girls' father works, Ghulam Abbas, has become a place of pilgrimage for the press, although he has tried, at all costs, to avoid the media that crowd even at the door of his house. .

Meanwhile, his boss has become his impromptu spokesman. «Since Friday that he found out the news he cannot speak. Yesterday I called him on the phone so that he would come and not be alone, so that he would respond to the media. But he is in shock, he laughs and after a few minutes she begins to cry », laments Tali Raja, also Pakistani. It is not for less, she admits, she has suddenly lost four children: her two daughters are dead and her two sons are detained. In addition, her first-born drowned years ago, so only her sixth child, about 13 years old, remains by her side.

Fathers and daughters had no relationship, for months, says Raja. “Her father was afraid that what happened there in Pakistan could happen here, that's why he set them free, let them live their lives. In fact, the two lived independently, not in the family home. They were both married in Pakistan, but here they went out with other Pakistani boys.

According to him, the older Uruj was already married when she arrived in Spain three years ago. And the little girl got married after turning 18. "Look at the photo of her wedding, do you think it's not of someone who is happy?", snaps the owner of the premises, as if he wanted to deny that it was a marriage by force, while shows a photo of the girls. "I joked with her about her wedding, she told her that she did not invite me and she told me that everything was very fast, that her grandfather was going to die and she had the illusion of seeing her married." In addition, he describes Ghulam Abbas as an extremely hard-working person, one of those who always asks to stay longer in order to get more money.

Tali Raja cannot explain what could have happened in Pakistan so that a family fight ended in murder. “They loved their sisters, they were very protective. They bought them everything they wanted, because his father is a bit stingy », Raj continues, while showing on his mobile images of two young men with long hair on vacation in Pakistan.

«They were very shy, I encouraged them to go to the disco, to go out, but despite being over twenty years old, they neither smoked nor drank nor were they with women. They only liked the gym and volleyball. Of the mother, she says, she knows nothing. She, too, did not associate with the very active Pakistani women's community in the area.

If hours before these Muslim women roundly condemned this "macho crime", Tali Raj confesses that in Pakistan, where arranged marriages between relatives are very common - "I see it well that way there are no problems of parents who are left alone", he maintains- , the opinions are less unanimous: «The truth is that in my country there are some who say that the brother did well, others condemn him». There they call it an 'honour crime', when we are in the 21st century.

1 José Mourinho, a “Special one” specialist in... 2 Congress knocks down the PP's attempt to lift... 3 Top Gun: Maverick, Future Crimes… The films to see... 4 Switch Mobility requests the building license for... 5 Blanco defends that "women's rights are... 6 NBA: Saved from the waters, Dallas closes the gap... 7 NBA: "When are we going to act?", the strong... 8 Premier League: the sale of Cheslea granted by the... 9 NBA: Antetokounmpo, Jokic and Doncic in the five majors... 10 Putin will be in a sanatorium and out of power in... 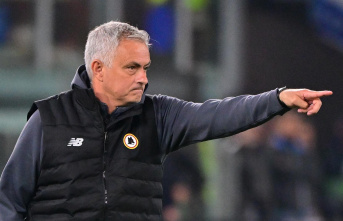 José Mourinho, a “Special one” specialist in...