The brands denounced for reduflation deny the accusations of the OCU: "It had nothing to do with inflation"

Giving less product for the same price to hide the increase in price and thus avoid punishing the consumer. 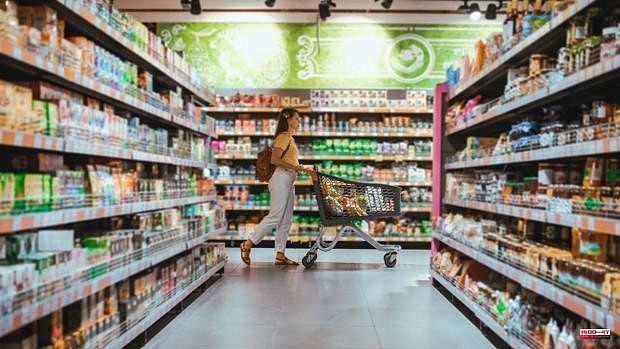 Giving less product for the same price to hide the increase in price and thus avoid punishing the consumer. This technique, baptized as 'reduction', would have been put into practice by six food brands, according to the Organization of Consumers and Users (OCU). For this reason, OCU announced yesterday, Thursday, the filing of a complaint with the competition against the six companies in which it has verified this phenomenon: Pastas Gallo, Danone, Pescanova, Colacao, Tulipán and Campofrío.

Although the OCU accuses these six companies of unfair competition and not reporting transparently, the aforementioned brands defend themselves and argue that they have acted legally. In Grupo Gallo they admit that the reduction in the weight of the container was an "inevitable" measure that they took in the face of the exceptional situation of an unprecedented increase in the cost of energy and raw materials last year.

In this context of inflationary pressure, Grupo Gallo decided not to directly increase the price of the product, but rather to adjust the amount of pasta in the packages, "which translates into eight grams less for each individual portion," they recognize from the company.

"The changes were carried out with total transparency at the time of their implementation, clearly indicating the new weight on the label, in accordance with current legal regulations and maintaining our commitment to the consumer," say Grupo Gallo sources.

Different is the position of Danone, a brand that denies the information published by the OCU and has carried out practices of 'reduction' in an unfair way towards consumers. "Danone has not carried out any reduction policy in its products to mitigate the impacts of inflation," reads the statement sent by the food company. “We trust that this situation can be corrected in the shortest possible time,” they add.

For its part, in Nueva Pescanova they assure that, in their case, the reduction in packaging "had nothing to do with inflation." «The 360-gram reference indicated by the OCU went on sale in September 2020 and the 400-gram format was no longer sold to retailers at that time. The purpose was to adapt to the same portion format that we were already selling in Portugal and Italy and adapt to consumers, without making different 'packs' in each country," says a company spokesperson.

Precisely, the CEO of Nueva Pescanova, Ignacio González, speaks of the opposite phenomenon of giving less for the same price: 'increase' or 'gratisflation' to refer to the practice of giving the customer a free percentage of the product. "On the contrary, Pescanova put on sale in January 2022 three references of hake fillet in which we do precisely the opposite: give away 10 to 20% of hake," they remark from the company.

From Campofrío they assure that they do not yet have a formal record of the complaint and, therefore, cannot respond "with the rigor and precision that this issue deserves." From Campofrío they claim to have "full conviction of acting with the utmost respect for the law" in their business practices both in terms of compliance with the rules for the defense of Competition and those that have to do with labeling and information to the consumer.

Finally, in Tulipán they do associate the weight cut with the pressure exerted by costs. "In order to continue offering consumers affordable and quality products, we have had to reduce the quantity of Tulipán, indicating the grammage clearly and transparently on the packaging, in accordance with legal regulations"

In the study prepared by the OCU on which the complaint is based, it is criticized that at least 7% of the supermarket's products have been affected by this technician in recent months. With this strategy, manufacturers cut from 5% to 10% the weight of the container to camouflage price increases or appear larger discounts.

Apart from the complaint to the CNMC, OCU plans to require the Ministry of Consumption to study the implementation of measures that force manufacturers to improve the information they give buyers about the price and quantity of their products. On this matter, sources from the Ministry of Consumer Affairs already indicated that complaints about these practices had reached the ministries of the autonomous communities, "which are the competent ones." However, from the Consumer portfolio they affirm that it is a practice that conforms to the law as long as the weight indicated on the label is correct and not the previous one.

1 Algeria demands 80 million from Técnicas Reunidas... 2 Congress postpones the fund that will make gas and... 3 SEPI refuses to rescue Ezentis, while Abengoa hangs... 4 A Spaniard, among the ten best young economists, will... 5 De Cos asks the Government that the fiscal measures... 6 Room Mate, Kike Sarasola's hotel chain, files... 7 Competition detects only about 100 "anomalous... 8 Fixed-rate mortgages set a new record due to the rise... 9 The CNMV describes as "striking" and "worrying"... 10 Indra loses 14.76% on the Stock Exchange after the... 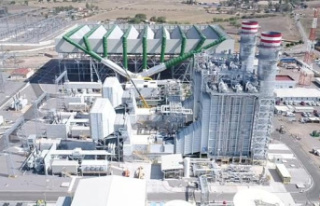