The European Council has decided to grant Ukraine the status of a candidate country for EU membership barely four months after Russia's invasion of this country. 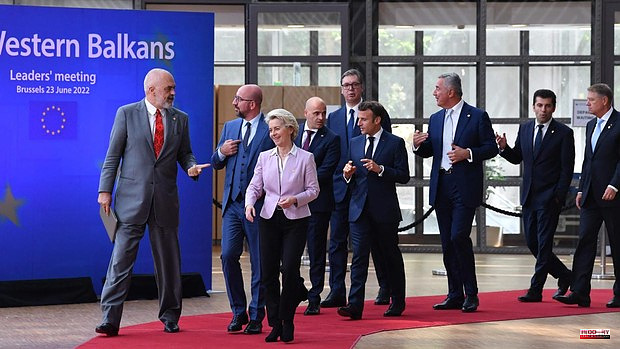 The European Council has decided to grant Ukraine the status of a candidate country for EU membership barely four months after Russia's invasion of this country. It is a decision accompanied by conditions and without any guarantee that this stratospheric speed will be maintained in the next steps that await it, but the Heads of State or Government of the Twenty-seven agree to send this clear political message to a country which is paying with the lives of its citizens for its aspiration to become a liberal democracy, far from the gag that Vladimir Putin's dictatorship represents.

confirms the decision to "grant candidate status to Ukraine and Moldova" and adds that the next steps will be defined once the conditions set by the European Commission (EC) are met. The EC had recommended that European leaders take this step, although it also advised that negotiations not begin before the kyiv authorities have begun to reform certain specific aspects of their judicial system, a symbolic requirement as well, but one that indicates that everyone is aware that Ukraine is far from fulfilling the necessary conditions to become a member of the EU. The president of the EC, Ursula von der Leyen, has already advanced that there will be a review of the situation at the end of the year.

The Twenty-seven have also decided to grant candidate status to Moldova, a country closely linked to Romania and which may be the next stage for Russia's territorial ambitions. As for Georgia, a country farther geographically from the EU, it is given the 'European perspective' which means admitting that its ambition is legitimate and achievable, but it is still a long way from being realized.

The president of the European Parliament, the popular Roberta Metsola, believes that the decision to recognize Ukraine as a candidate country places the EU "on the right side of history". Leaving the Council meeting in which the President of Parliament traditionally intervenes for a few minutes, Metsola said that "we will no longer return to the situation prior to February 24", but that the idea is "to move towards a Europe that values ​​its geopolitical and security situation. “If there is a time to think about more Europe, this is it. This is the right decision that will strengthen Ukraine and Europe."

1 The brands denounced for reduflation deny the accusations... 2 Algeria demands 80 million from Técnicas Reunidas... 3 Congress postpones the fund that will make gas and... 4 SEPI refuses to rescue Ezentis, while Abengoa hangs... 5 A Spaniard, among the ten best young economists, will... 6 De Cos asks the Government that the fiscal measures... 7 Room Mate, Kike Sarasola's hotel chain, files... 8 Competition detects only about 100 "anomalous... 9 Fixed-rate mortgages set a new record due to the rise... 10 The CNMV describes as "striking" and "worrying"... 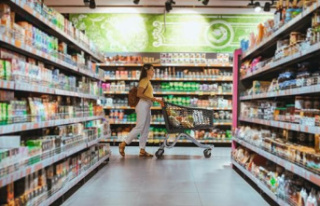 The brands denounced for reduflation deny the accusations...