Rescue operations are still underway in the provinces of Khost and Paktika, areas in southeastern Afghanistan affected by an earthquake measuring 5. 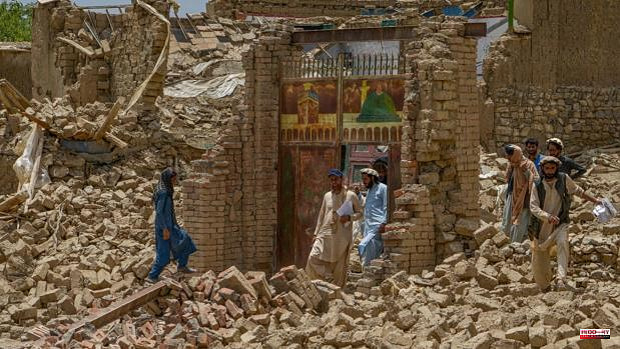 Rescue operations are still underway in the provinces of Khost and Paktika, areas in southeastern Afghanistan affected by an earthquake measuring 5.9 on the Richter scale. The Afghans are rescuing survivors and removing bodies from the rubble with their bare hands because no help or machinery has arrived to deal with the biggest tremor suffered by the country in the last two decades. The authorities maintain at least a thousand the number of dead and more than 1,500 injured in an earthquake whose ground zero is the district of Gayan, in the province of Paktika, on the border with Pakistan, where "entire villages have been devastated" , in the words of Abdul Qahar Balkhi, spokesman for the Ministry of Foreign Affairs.

The heavy rains of the last hours have further complicated the work against the clock to try to find people alive.

The authorities of the 'Emirate' asked the international community for help, but from the UN they assured that until now "the Taliban have not made a formal request for the international organization to mobilize rescue teams and obtain equipment from neighboring countries," declared the number. two from the mission in Kabul, Ramiz Alakbarov. Planes from Iran and Qatar with humanitarian aid have landed at the Kabul airport, according to local media, and the Turkish authorities also showed their willingness to provide "any kind of assistance". Turkey is a country with extensive experience in earthquakes, it has very good rescue teams and its legation is open in Kabul, so it could coordinate this arrival directly with the Taliban.

The earthquake has reopened the dilemma among international donors, who since the arrival of the 'Emirate' have chosen to cut aid to the de facto authorities because they do not trust them. “It is very worrying that the money does not end up being allocated to what is really necessary and for them the international organizations seek other ways of direct aid to organizations that work on the ground, without having to go through the Taliban, who continue to be a terrorist and misogynist group. . Civilians are left in the middle of this pulse, hostages of everything and paying consequences”, explains Ana Ballesteros, senior researcher associated with Cidob (Barcelona Center for International Affairs) with extensive experience in the region.

In Ballesteros' opinion, the current Afghan leaders "doesn't care if the population dies of hunger, they only pursue international legitimacy to receive investments and aid again, this earthquake will not soften their hearts."

The areas affected by the earthquake that struck the southeast of the country on Tuesday night are only 160 kilometers from the capital, but the poor communications infrastructure, bad weather and lack of means have left the victims isolated. The Ministry of Defense announced the dispatch of five helicopters and the government spokesman, Zabihula Mujahid, assured that "eight trucks with food" managed to reach the damaged places. In this country, more than a third of the people cannot meet their basic needs and the economy is in a serious crisis, since foreign aid was frozen when the Taliban took power last summer. Those responsible for the 'Emirate' have repeated in each of their interventions since the earthquake the punishment that this blockade of international funds entails for the entire population, but they are reluctant to make concessions in a government program that includes the closure of secondary schools for girls.

Afghans suffer misfortune after misfortune and provinces such as Khost are a refuge for thousands of internally displaced persons and refugees who have arrived from neighboring Waziristan, on the other side of the border. Here people live in mud and straw houses and the villages are far from clinics or hospitals, so the houses have not withstood the tremor and evacuations to medical centers are very complex. "We ask the authorities of the 'Emirate' and the entire country to come to our aid, we have lost everything and we don't even have a tent to sleep in," a survivor who identified himself as Hakimula told the Guardian newspaper. The BBC network envoys also had access to survivors who lamented that “there are no blankets, no tents… there is no shelter. We need food and water. Everything is devastated, houses are destroyed."

1 Lasso makes concessions to initiate dialogue with... 2 EU countries confirm Ukraine the status of a candidate... 3 The brands denounced for reduflation deny the accusations... 4 Algeria demands 80 million from Técnicas Reunidas... 5 Congress postpones the fund that will make gas and... 6 SEPI refuses to rescue Ezentis, while Abengoa hangs... 7 A Spaniard, among the ten best young economists, will... 8 De Cos asks the Government that the fiscal measures... 9 Room Mate, Kike Sarasola's hotel chain, files... 10 Competition detects only about 100 "anomalous... 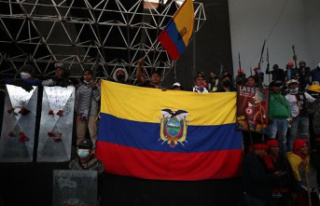